At this point, ash is not affecting flights in Bali and the Aviation Color Code remains at Orange.

Seismic activity under the volcano is dominated by low-frequency earthquakes related to steam and gas emission on the crater. Some high-frequency volcanic earthquakes are still recorded, indicating that magma movement inside the volcano remains active, however with low intensity.

The eruption comes two days after authorities lowered Alert Level from 4 to 3, the second highest, as several indicators showed a drastic decrease in activity in the past month.

More than 140 000 people living around Agung were evacuated after its alert level was raised to 4 on September 22, 2017. With the alert level now at 3, all villagers with homes outside of the 4 km (2.5 miles) radius can return.

"People’s activities, as well as tourism in Bali, has been declared safe and there will be no more disruption related to the volcano at this time," Ignasius Jonan, the minister of energy and natural resources, said. 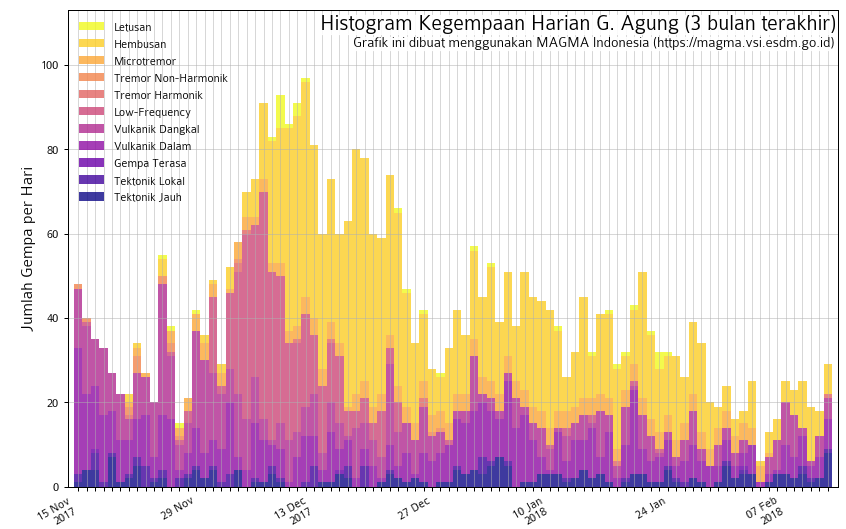