Since Tonga was never hit by Category 5 cyclone and because it was unclear whether Gita will reach Category 5 status before Tonga, their authorities described it as possibly the strongest cyclone ever to hit the island kingdom and asked residents to stay indoors or get to an evacuation center or a church as soon as possible, before 18:00 local time (05:00 UTC). The police in Nuku'alofa said there would be a curfew in place overnight to keep people off the streets.

At 09:00 UTC on February 12 (22:00 local time), the center of Tropical Cyclone "Gita" was right over Tonga and its eyewall was ripping through Tongatapu, including capital Nuku'alofa. Gita's maximum sustained winds were 231 km/h (144 mph) with gusts to 278 km/h (173 mph), making it a Category 4 cyclone on the Saffir-Simpson Hurricane Wind Scale.

Tongan Police reported earlier that the entire main island of Tongatapu is without power.

At 23:15 local time (10:15 UTC), MET Office at Fua'amotu issued its last bulletin for Gita due to structural damages to the building and equipment.

The weather bulletin will now come from Fiji via NEMO office in Nuku'alofa. "Handing over to Fiji now," the office said.

Category 4 cyclones inflict catastrophic damage: Well-built framed homes can sustain severe damage with loss of most of the roof structure and/or some exterior walls. Most trees can be snapped or uprooted and power poles downed. Fallen trees and power poles can isolate residential areas, with power outages lasting weeks to possibly months. Most of the area hit hard by Category 4 cyclone is expected to be uninhabitable for weeks or months.

Gita's center will move away from the island over the next couple of hours and head toward Fijian territory. 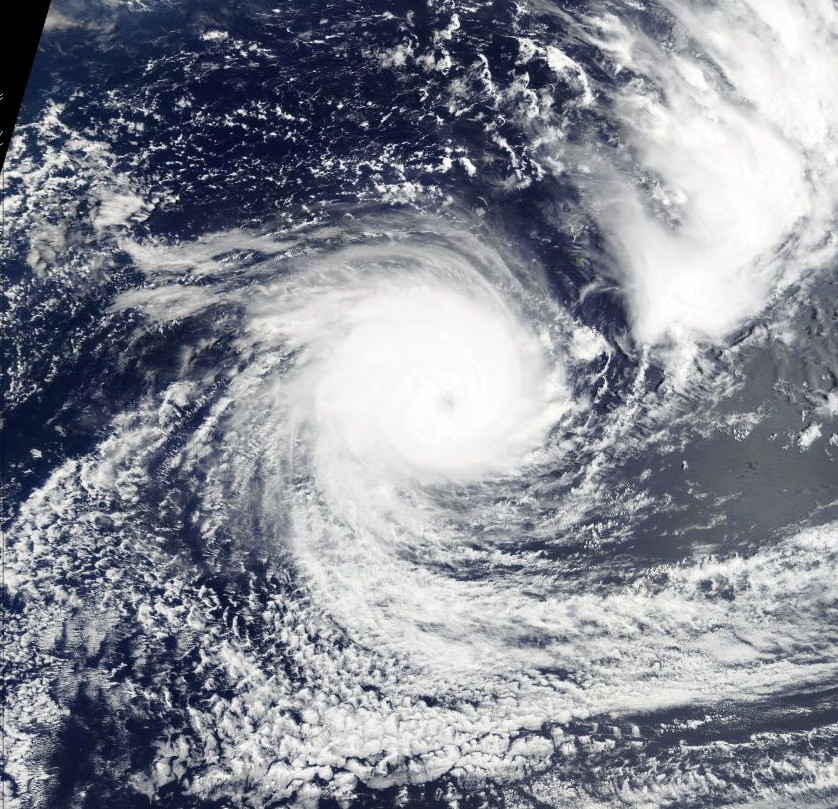 Tropical Cyclone "Gita" over Tonga on February 12, 2018. Credit: NASA Terra/MODIS (Tonga is right in the center)

The worst of the cyclone came at a dead low tide, making the impact of storm surges much less than expected.

According to media in Tonga, 3 serious and 30 minor injuries have been reported in Tongatapu island and several buildings have been damaged in the two affected islands of Tongatapu and Eua due to the strong winds.

The Parliament building in the capital Nuku'alofa has been badly damaged and the airport is currently closed. Roofs have been torn apart.

3 035 people have been evacuated in 41 evacuation centers. The roads of the two islands are affected by floods and debris flows.