Guatemalan authorities issued an Orange Alert for Fuego volcano after its first eruption of the year on February 1, 2018. Explosions at the volcano lasted 20 hours, generating pyroclastic flows and a column of ash up to 6 500 m (21 325 feet) above sea level. Ash drifted up to 40 km (25 miles) to the west and southwest.

CONRED said the eruption affected 47 704 people in the departments of Sacatepéquez, Chimaltenango, Escuintla and Suchitepéquez.

In addition, authorities closed the National Route 14 at kilometer 90 due to the advance of pyroclastic flows. The closure was a preventive measure. 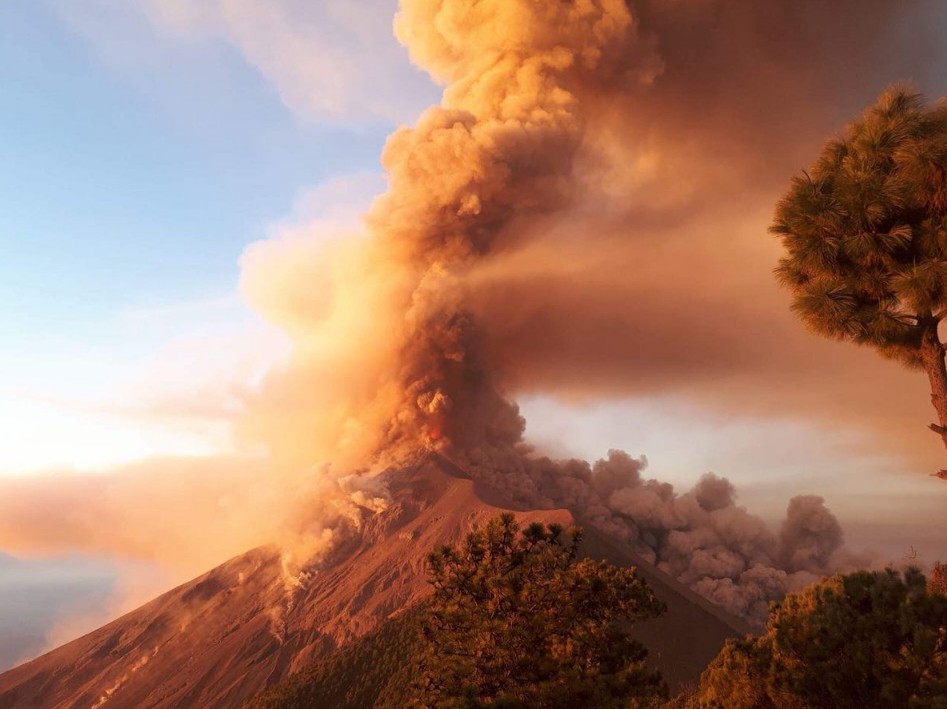 Due to the increase in activity and the presence of ash, the education authorities of Sacatepéquez and Escuintla suspended all educational activities.

To provide a better response and coordination in the municipality, San Juan Alotenango, Sacatepéquez, declared Municipal Red Alert and activated the Municipal Emergency Operations Center, which identifies the places that could function as shelters.

The population living in the vicinity of the volcano is urged to comply with instructions issued by authorities and stay away from the ravines or places that could be affected by ballistic materials expelled from the crater.

In addition, precautionary measures must also be taken for ashfall, protecting the containers where water for human consumption is stored, covering eyes and respiratory passages in the presence of fine ash particles and reporting observed incidents at number 119 of the CONRED.

Volcán Fuego, one of Central America's most active volcanoes, is one of three large stratovolcanoes overlooking Guatemala's former capital, Antigua. The scarp of an older edifice, Meseta, lies between 3 763 m (12 345.8 feet) high Fuego and its twin volcano to the north, Acatenango. Construction of Meseta dates back to about 230 000 years and continued until the late Pleistocene or early Holocene. The collapse of Meseta may have produced the massive Escuintla debris-avalanche deposit, which extends about 50 km (31 miles) onto the Pacific coastal plain.