Mayon volcano entered a new eruptive phase on January 13, 2018 with phreatic eruptions and lava flows from a new lava dome. It was the first eruption of this volcano since August 2014. Alert Level was raised from 1 to 3 and by January 17, more than 34 000 people living around the volcano were evacuated.

So far, more than 34 000 people have been evacuated, although some of them come back from time to time to check on their homes.

Lava flows were first observed on the southern slopes on January 14, followed by two lava collapse events producing rockfalls and pyroclastic density currents as well as degassing events which sent ash plumes SW and WSW of the volcano on January 15. 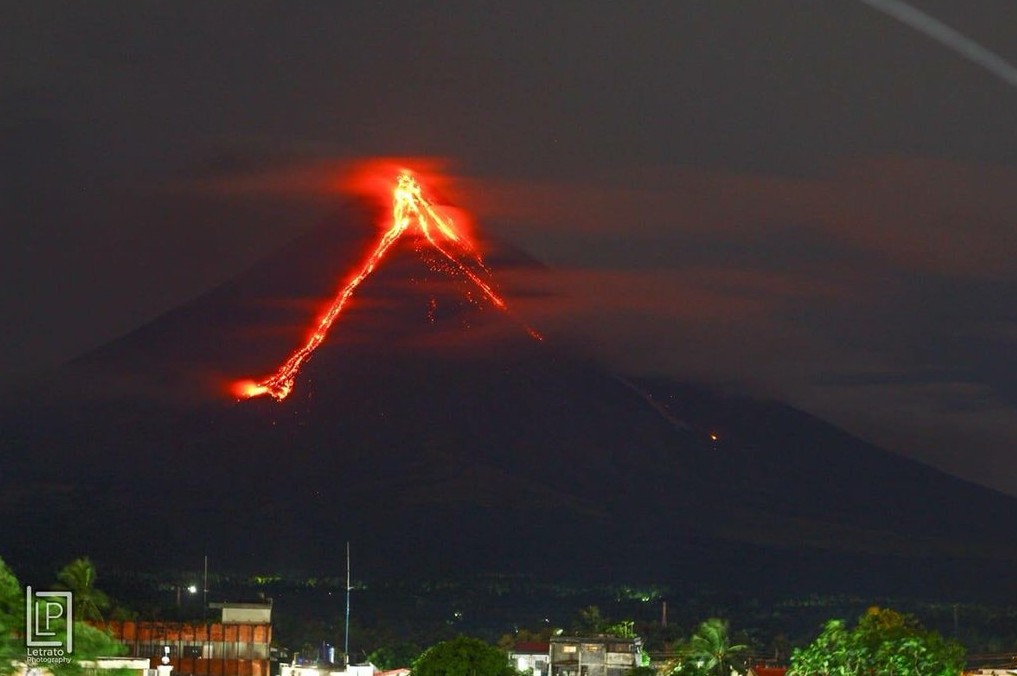 Rockfall events were generated by the collapsing lava front and margins of the advancing lava flow on the Miisi Gully and by shedding from the summit dome onto the Bonga Gully. The Miisi lava flow has advanced to approximately 3 km (1.8 miles) from the summit crater well within the Permanent Danger Zone (PDZ). Ash clouds were lofted from the rockfall events as well as from the persistent disintegration of lava on the advancing front of the Miisi lava flow before drifting to the southwest.

Similar activity was observed on January 19. Seismic network registered 5 rockfall events and the Missi lava flow was still 3 km from the summit crater.

Sulfur dioxide gas emission was measured at an average of 1 131 tonnes/day on January 19, 2018. Electronic tilt measurements indicate a sustained swelling or inflation of the edifice since November 2017, consistent with pressurization by magmatic intrusion.

Alert Level 3 remains in effect, which means that the volcano is still in a relatively high level of unrest and a hazardous eruption is still possible within weeks or even days.

The public is strongly advised to be vigilant and desist from entering the 6 kilometer-radius Permanent Danger Zone (PDZ) and the 7-km Extended Danger Zone (EDZ) on the southern flanks due to the danger of rockfalls, landslides and sudden explosions or dome collapse that may generate hazardous volcanic flows.

Civil aviation authorities must also advise pilots to avoid flying close to the volcano’s summit as ash from any sudden eruption can be hazardous to aircraft.

Based on the seasonal wind pattern, ash fall events may most likely occur on the southwest side of the volcano.