The eruption forced authorities to raise the Aviation Color Code from Orange to Red. The eruptive column is not visible in webcam imagery due to a meteorological cloud.

Ash plume/cloud is drifting to the northeast of the volcano and reaching an altitude of 11 km (36 000 feet) above sea level, based on Himawari-8 satellite data (below). 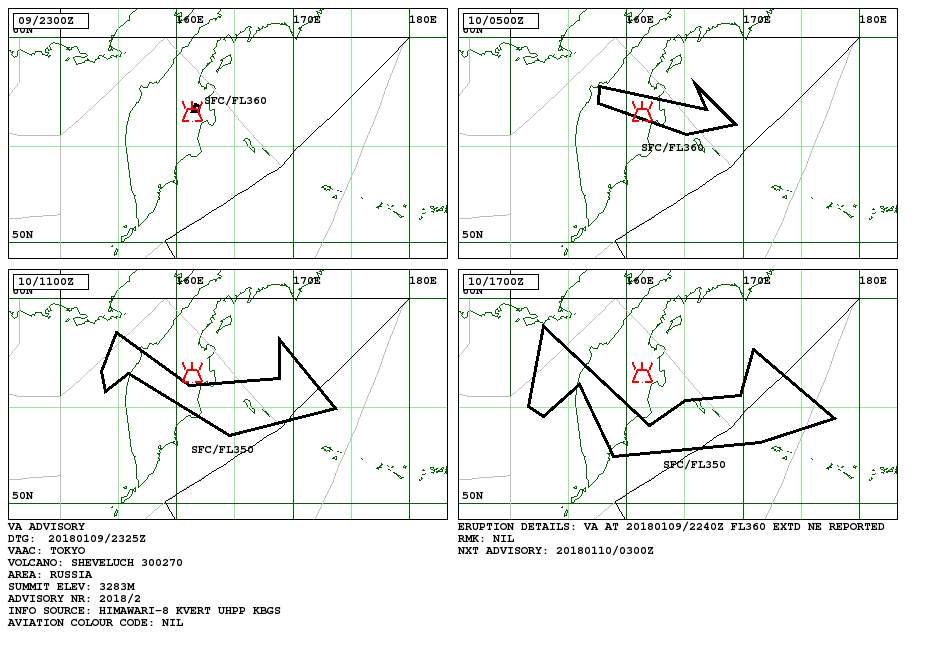