More than 500 people living on Kadovar Island, East Sepik Province of Papua New Guinea have been evacuated following the first eruption of Kadovar volcano in known history. This volcano, dormant until yesterday, is part of the Schouten Islands, and lies off the coast of New Guinea, about 25 km (15 miles) N of the mouth of the Sepik River. The latest activity at this volcano was a period of heightened thermal phenomena in 1976. The Aviation Color Code for the volcano was raised to Orange. 50 – 60 percent of the island is already covered in lava.

Kadovar started erupting around 12:00 local time Friday, January 5, 2018 (02:00 UTC), prompting authorities to send out boats to evacuate more than 500 people living on Kadovar Island. The boats were sent from Kopar, the nearest island, some 30-minutes boat ride from Kadovar.

According to Loop PNG, immediately after sending boats to Kadovar, Kopar councilor Tom Kelly said that thick clouds can be seen rising from the island. "The clouds are darker and increasing at an alarming rate," Kelly said.

Places like Kairuru Island, Mt Uru in Yangoru and Woginara in the West coast of Wewak District are under thick clouds and dust, Loop PNG reported 00:53 UTC, January 6. Kairuru is not visible from Wewak and Mushu is covered by dust, it said. 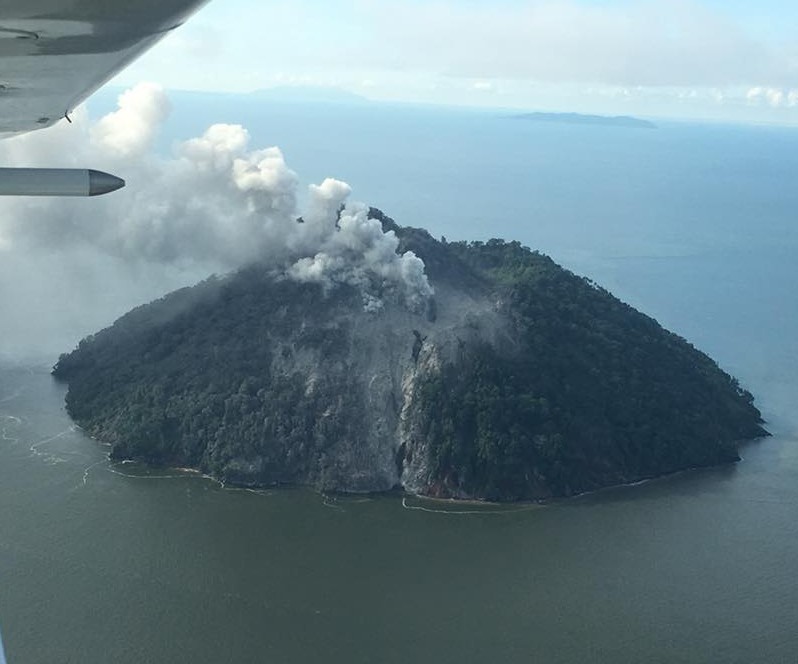 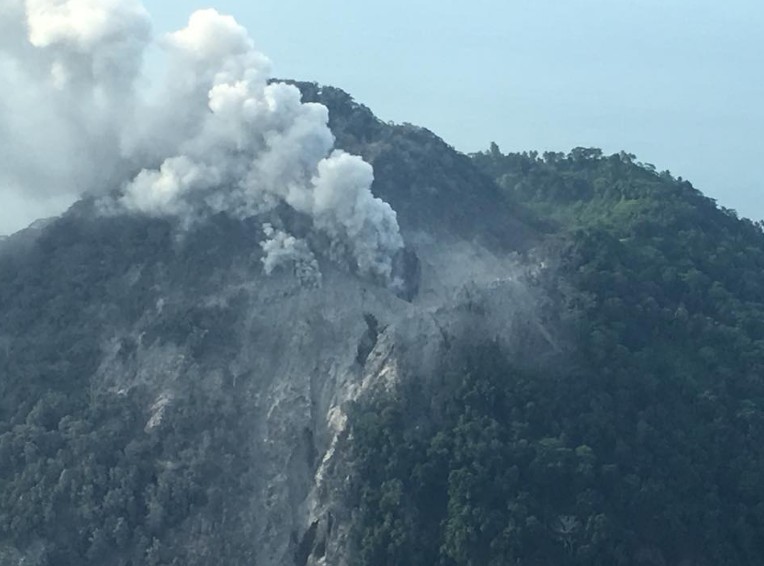 The statement was made after an overflight confirmed lava coming out of the once dormant volcano.

Wobar said they saw no evidence of inhabitants on the island, adding that he hopes all of them have been evacuated. The National Disaster and Emergency Services were called in to respond at the earliest tomorrow.

According to Darwin VAAC, the volcanic emission was clearly visible on Himawari-8 imagery acquired 02:30 UTC today. The volcanic ash cloud was reaching an altitude of 2.1 km (7 000 feet) above sea level. The Aviation Color Code is at Orange.

The 2-km-wide (1.2 miles) island of Kadovar is the emergent summit of a Bismarck Sea stratovolcano of Holocene age. Kadovar is part of the Schouten Islands, and lies off the coast of New Guinea, about 25 km (15 miles) N of the mouth of the Sepik River. The village of Gewai is perched on the crater rim. A 365-m-high (1 200 feet) lava dome forming the high point of the andesitic volcano fills an arcuate landslide scarp that is open to the south, and submarine debris-avalanche deposits occur in that direction.