A very bright fireball streaked across the sky over Finland around 18:06 UTC (20:06 local time) on Friday, December 22, 2017. The phenomenon was visible on the northernmost side of Lapp and southernmost coast of Finland. Experts said fireballs as bright and eye-catching as this one occur over Finland every 2 or 3 years. However, this is the second such event in 39 days.

According to Ursa Astronomical Associaton, the impressive fireball moved from east two west and disintegrated during entry. The analysis based on over 250 received reports placed the object in the northern parts of central Finland.

"The object had few tens of pounds," mathematician Esko Lyytinen said. Although it was largely destroyed in the atmosphere, small fragments are believed to have fallen over Pihtiputaan and Kinnula municipalities, he added.

The event was associated with sonic booms, suggesting it managed to penetrate deep into the atmosphere. 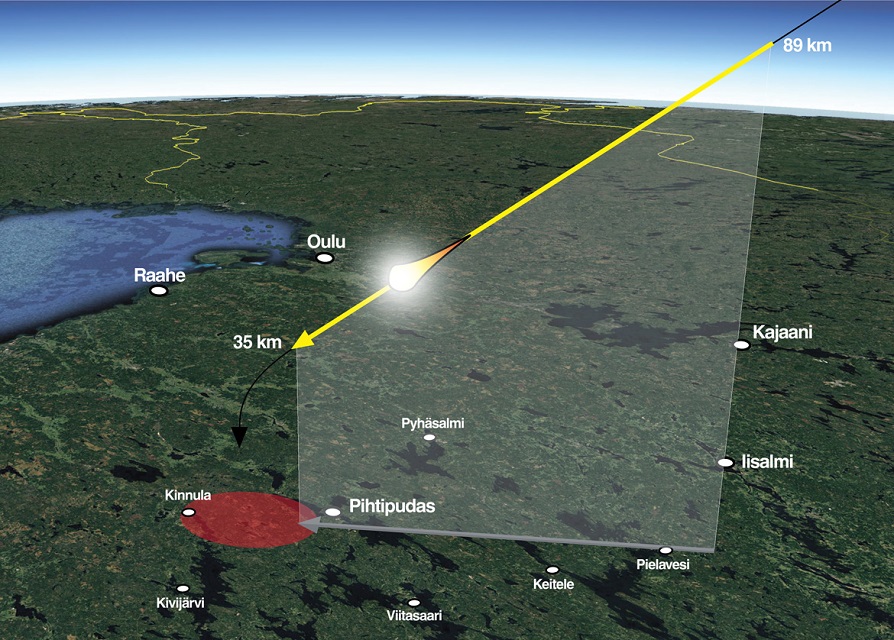 Ursa said such bright and eye-catching fireballs are observed over Finland every 2 or 3 years.

The last such case was on November 16, the association added. See videos below: