Due to drier conditions, fire activity increased today, December 23, with short runs when aligned with wind and topography, authorities said. In the north, fire will continue to progress through available fuels under forecast dry conditions and poor overnight relative humidity recovery. It continues to burn through available fuels in the inaccessible Bear Haven area above the Sespe drainage. Fire activity is expected to increase with fire conditions that will promote fire spread. 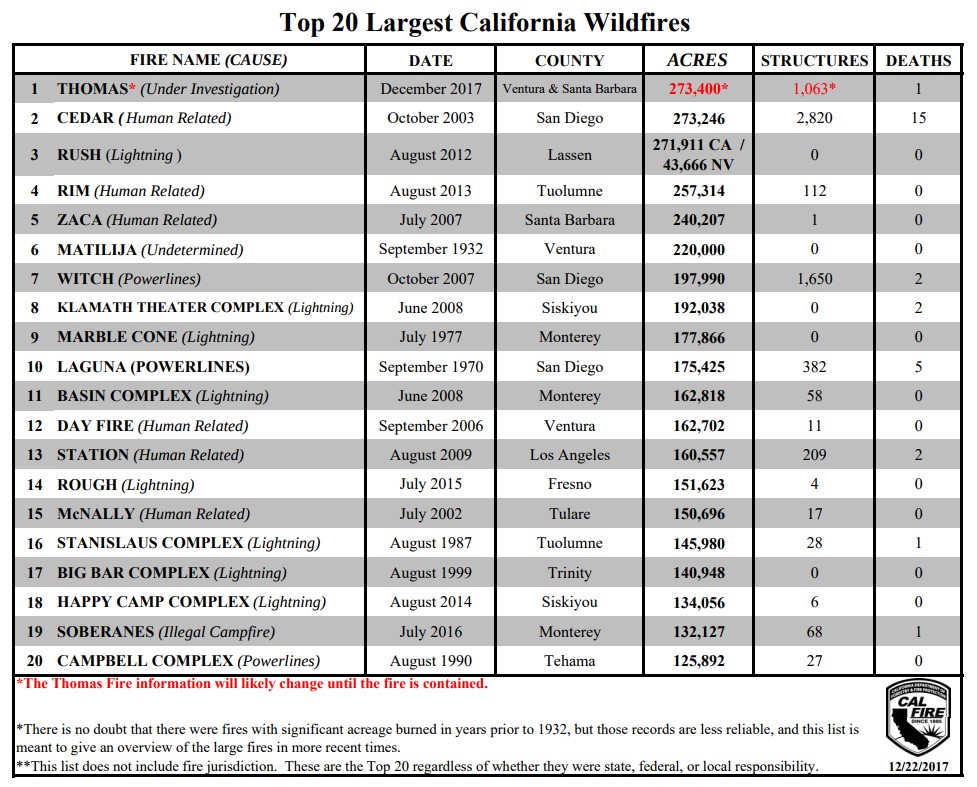 The front country fire perimeter is secure and firefighters are building upon previous gains by securing established containment lines adjacent to communities and other infrastructure. Mop up operations along the fire perimeter and active patrol are ongoing. Firefighters and aircraft remain available to address flare-ups or new starts in the area.

There are currently no mandatory evacuation orders in effect. Residents on Highway 33 between Rose Valley north to Hartman Ranch remain under a voluntary evacuation warning due to fire activity in the nearby areas.

Residents and visitors to Santa Barbara and Ventura counties may see an increase in wildlife in local communities due to displacement from the fire. Individuals who encounter these displaced animals are encouraged to maintain a safe distance, refrain from feeding them, and contact their local animal control office if a threat is perceived.