At least eight people have been killed and nine are missing since Tropical Cyclone "Tembin," known locally as Vinta, started affecting the Philippines this week. Tembin made landfall along the east coast of Mindanao early Friday, December 22, 2017, with gusts of 125 km/h (80 mph) and heavy rain. The storm comes less than a week after Tropical Storm "Kai-Tak" hit the central Philippines, leaving more than 54 dead and 24 missing. After exiting the Philippines, Tembin is expected to make landfall south of Ho Chi Min, Vietnam, exit back over the Gulf of Thailand and make a final landfall on southern Thailand, cross the Malay Peninsula and exit into the Indian Ocean.

Heavy flooding, landslides, and widespread power outages were reported in several towns and cities, including Marawi and hardest hit Cagayan de Oro, as Tembin marched across Mindanao, the second largest island in the Philippines (population 21.5 million).

"We forced hundreds of people to evacuate some villages, but the water rose swiftly, and our rescuers cannot reach other areas," civil defense officer Saripada Pacasum of Lanao del Sur province said. 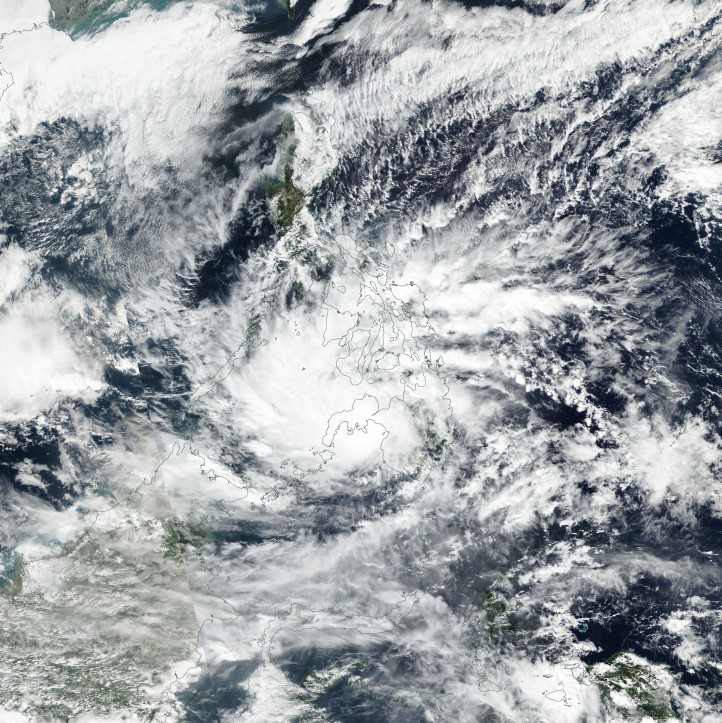 As of late Friday, there are eight confirmed deaths and nine people still missing. The number includes five dead and three missing after a ferry carrying 251 passengers capsised near capital Manila on Thursday morning, December 21. The ferry sank due to heavy rain and strong winds caused by the tropical storm.

According to national authorities, 50 882 persons have been displaced in 43 shelters in the regions of Northern Mindanao, Davao, and CARAGA.

At 15:00 UTC (23:00 PHT) on December 22, the center of Tropical Depression "Tembin" was located 115 km (71 miles) N of Zamboanga City, Zamboanga del Sur and expected to exit the landmass of Zamboanga Peninsula. The system's maximum sustained winds were 60 km/h (37 mph) and gusts up to 90 km/h (60 mph), but the storm is expected to re-intensify back to a tropical storm while traversing the Sulu Sea, PAGASA said. 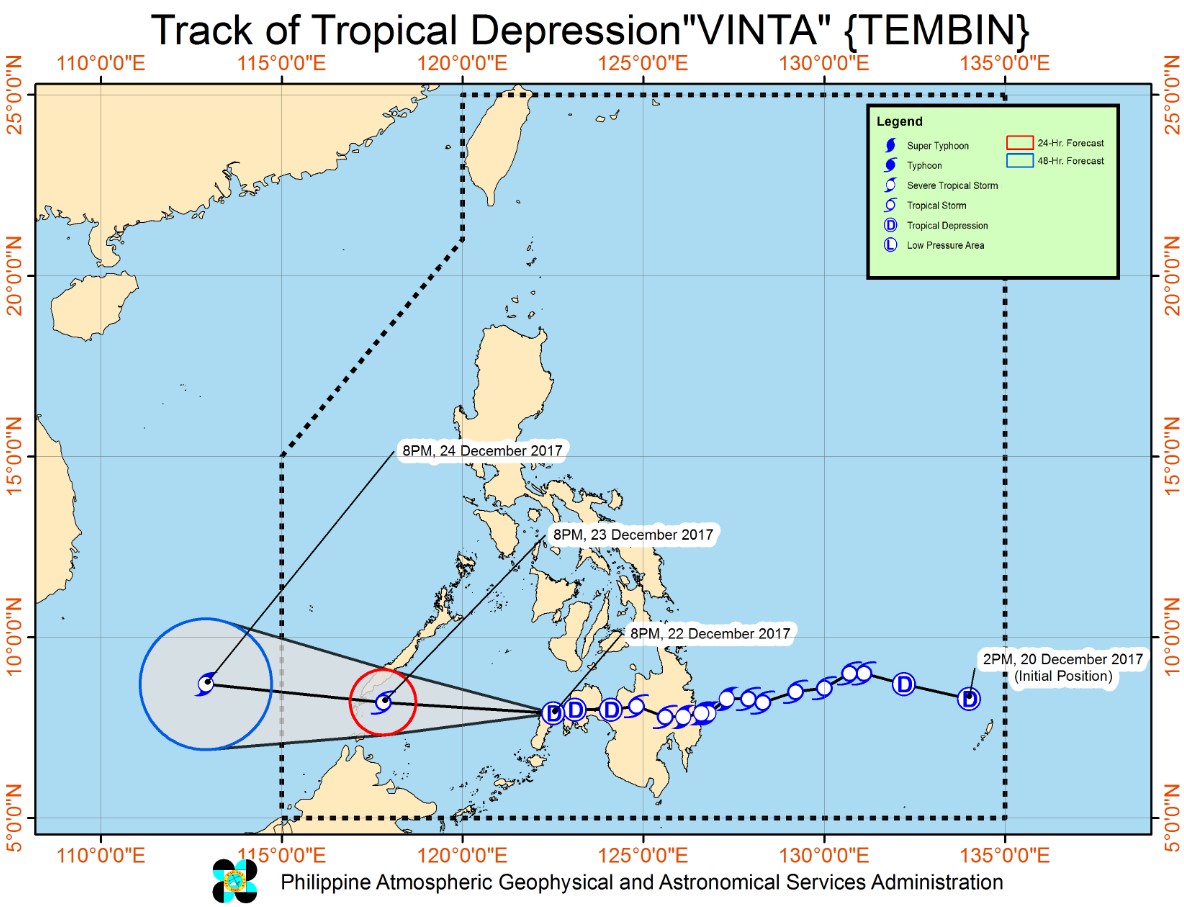 According to the JTWC, the system was already at tropical storm strength at 12:00 UTC. Tembin is expected to continue tracking WNW as the subtropical ridge located to the north remains the primary steering feature, the center noted 15:00 UTC.

The system will track across the Sulu Sea and make landfall on southern Palawan before tracking into the South China Sea. Favorable conditions will persist for the next 36 hours, allowing the system to steadily intensify. Peak intensity is forecast to be 139 km/h (86 mph) around 03:00 UTC on December 24. After that, the environment will shift to marginally favorable with high sea surface temperatures being offset by increasing vertical wind shear causing the system to begin a weakening trend.

Tembin will make landfall south of Ho Chi Min, Vietnam sometime after 15:00 UTC on December 25, according to the JTWC. Land interaction combined with increasing vertical wind shear will further weaken it as it tracks across the Indochinese Peninsula. Tembin will exit back over the Gulf of Thailand around 15:00 UTC on December 26 as a weak tropical storm where unfavorable contitions will further weaken it.

The system is forecast to track across the Gulf of Thailand and make a final landfall on southern Thailand, cross the Malay Peninsula and exit into the Indian Ocean. Additional land interaction will further weaken the system which will be tropical depression strength by the time it reaches the Indian Ocean.