A bright fireball lit up the sky over southern Norway at 16:37 UTC on December 18, 2017 and was registered by cameras of the Norwegian Meteor Network through the cloudy skies.

Analysis of videos recorded by the network and residents shows that the meteor started at a height of 68.9 km (42.8 miles) and disappeared after a bright flash at an altitude of 26.8 km (16.6 miles).

"The meteor was of sporadic origin, with a radiant located at R.A. = 331,3°, Dec. = 62,2°," writes Kai Gaarder of the Norwegian Meteor Network, as reported by the International Meteor Organization. 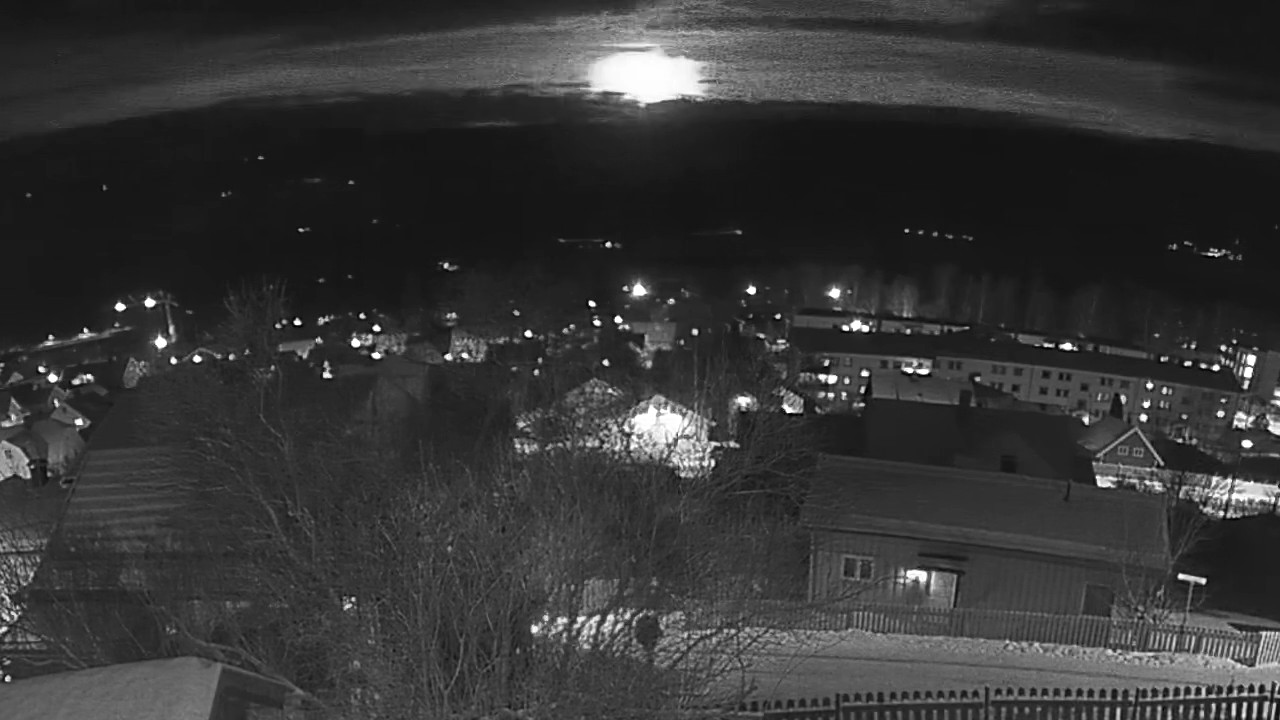 Fireball over southern Norway on December 18, 2017. Credit: Tore Myrhen. Click the image to see the video.

"The atmospheric entry speed of the meteoroid is estimated to be around 17 km/s, but some uncertainty regarding this remains, which makes difficult an accurate estimation of the meteoroid mass. It is therefore uncertain whether anything from this event has reached the ground as meteorites. If any, the search for remaining meteorites will be very problematic, due to the bad accessibility of the mountainous area they must have landed on," Gaarder said.

"Saw an insane powerful flash of light in Rosendal. The whole valley and the mountains lighted up. A lot of times stronger than lightning. Lasted longer and was smoother than lightning. Stopped the car and went out, but could hear no sound," one witness said. "Observed the light from Haugesund. Drove north, when the sky lighted up. It was rain and clouds, so I saw nothing else than a powerful flash in the sky," another one said.

The automatically generated report of the event can be found at the Norwegian Meteor Network.

The International Meteor Organization didn't receive any report about this event and is asking witnesses to fill out their online form.