Floods and landslides triggered by slow-moving Tropical Cyclone "Kai-Tak," locally known as Urduja, killed at least 26 people and left another 23 missing in the Philippines, authorities said Sunday, December 17, 2017. More floods and landslides are possible in the days ahead.

Tropical Depression "Urduja" formed December 12 near Palau and stalled with its center just off the coast of Sorsogon – Northern Samar area before it strengthened into a tropical storm December 14, the 26th named storm of the 2017 Pacific typhoon season. However, as is often the case with such storms in this region, Urduja was already causing floods and landslides even before it reached tropical storm status. The prime factor for the deluge it caused was its slow-moving nature. See image below: 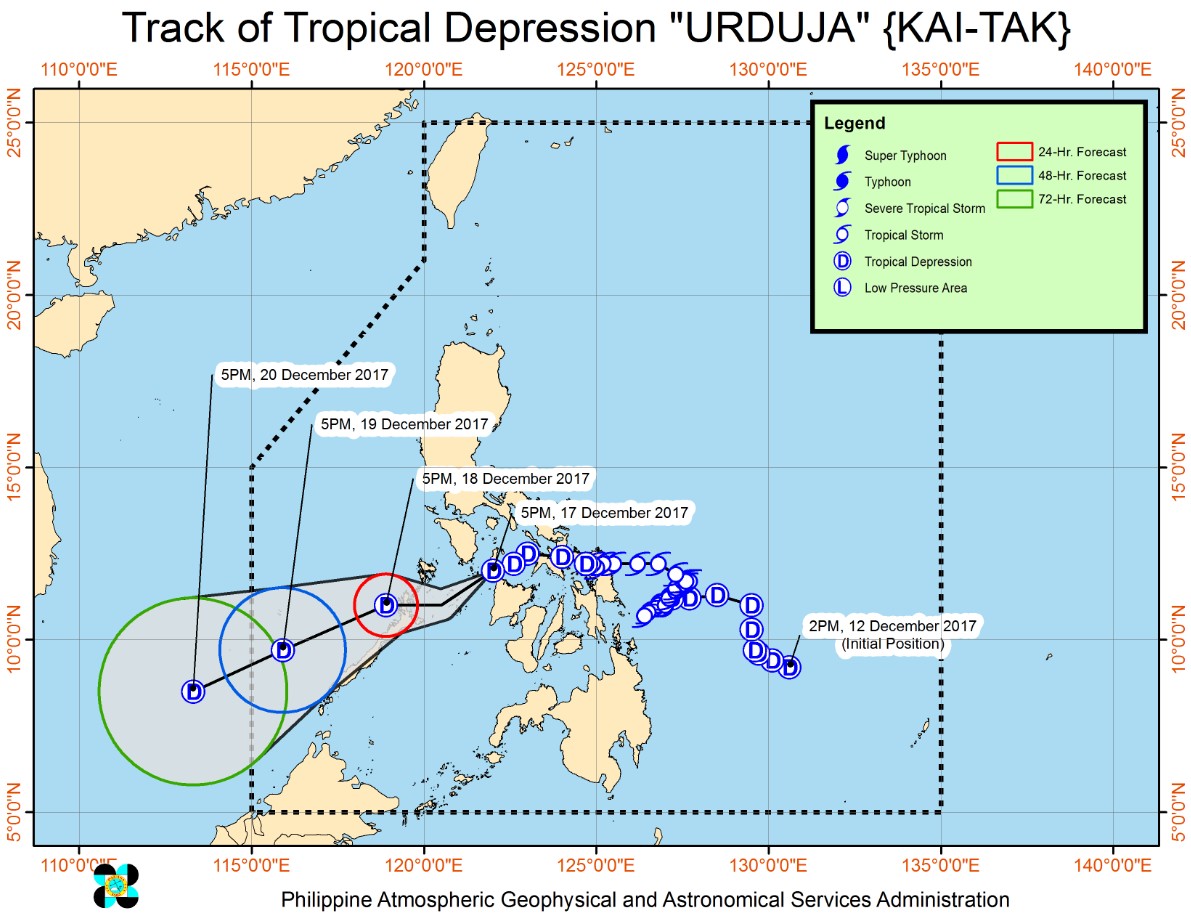 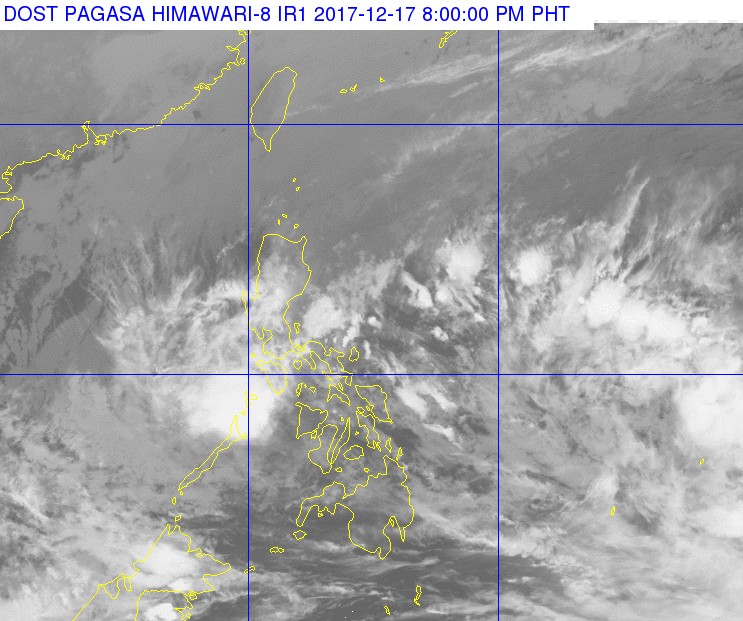 The system reached the northern part of Samar Province with maximum sustained winds of 75 km/h (47 mph) and gusts to 120 km/h (75 mph) around 06:00 UTC on December 16 and made landfall in the vicinity of San Policarpio, Eastern Samar.

More than 970 mm (38 inches) of rain fell on Guiuan on the island of Samar in the Eastern Visayas since midweek, according to data provided by AccuWeather. In 24 hours alone, slow-moving Urduja dropped astonishing 780 mm (nearly 31 inches) of rain.

A state of calamity was declared in a 1st class highly urbanized city of Tacloban, Leyte after floodwaters reached 1.5 m (5 feet) and the city lost power and drinking water. Ildebrando Bernadas, head of Tacloban’s disaster risk reduction office, told AFP that the floods resulted from four days of heavy rain.

On Saturday, December 16, at least 39 towns and cities lost power as Urduja moved over Samar and Leyte and more than 87 000 were forced to evacuate. On that day, the death toll still stood at 3.

Early Sunday, December 17, officials said Urduja is blamed for the deaths of at least 26 people in the small island province of Biliran and 23 missing people. It's still not clear, however, if the three previous fatalities are included in today's number.

"There is a total of 26 people dead from landslides in four towns of Biliran. We have recovered the bodies," Sofronio Dacillo, provincial disaster risk reduction and management officer, told AFP.

The Manila Bulletin reported Sunday that two more people had been reported dead in a landslide in Romblon province, central Philippines.

There are at least 15 500 passengers stranded because ferry services remained suspended in the region, disaster officials said, warning that more floods and landslides are possible.

Tropical Cyclone Warning Signal #1 is in effect for the southern part of Mindoro Provinces, Romblon, and Palawan in Luzon, and Aklan and northern Antique in the Visayas.

Urduja (Kai-Tak) is expected to track generally W to WSW over the next three days and will struggle as strong vertical wind sheer persists, and the system tracks over the Visayan Islands. At best, JTWC noted, the storm will maintain intensity. After 15:00 UTC on December 18, Urduja will emerge over the warm waters of South China Sea and slightly re-intensify just west of Palawan. 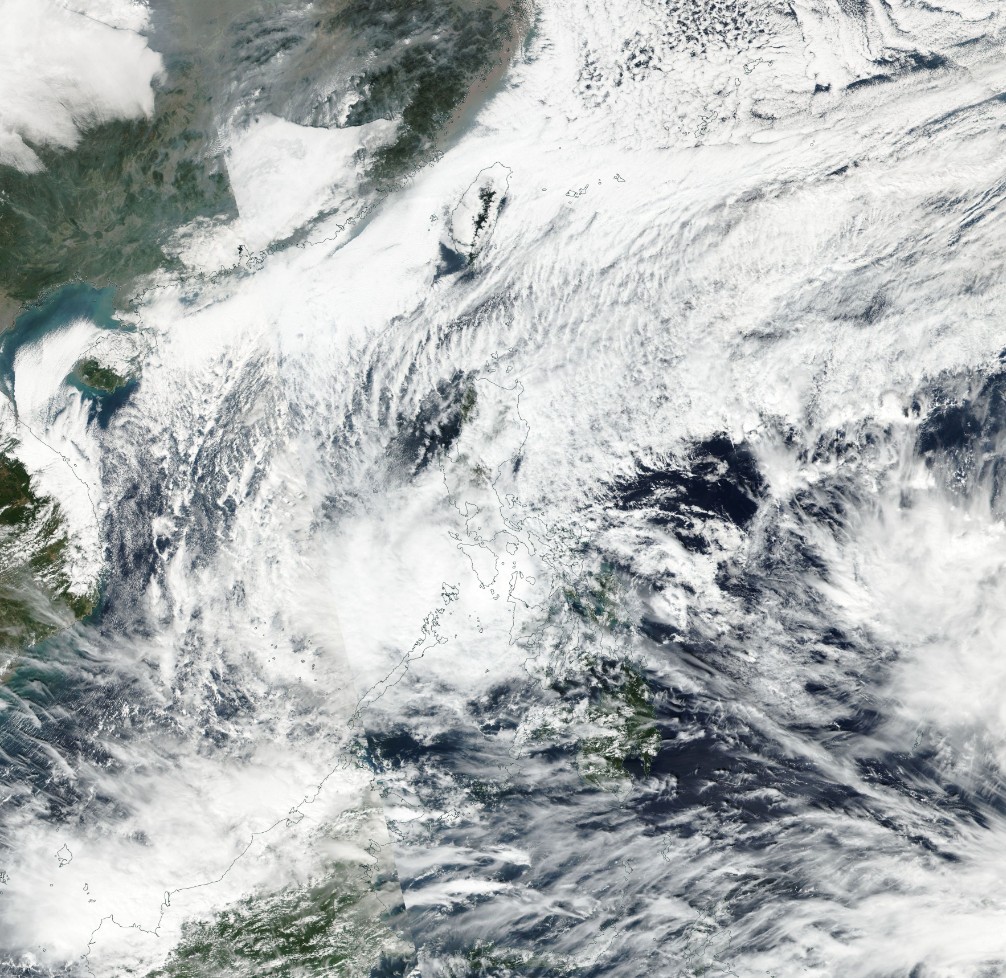 However, it will also be exposed to a northeasterly wind surge event in the South China Sea which will absorb and erode the system leading to dissipation by 03:00 UTC on December 20, possibly sooner. This should be the last we see of this deadly storm.