At least 7 people were killed and more than 270 others are missing as heavy rains hit coastal Tamil Nadu, India and Sri Lanka on Wednesday and Thursday, November 29 and 30, 2017, after a depression in the Bay of Bengal intensified into a Cyclonic Storm "Ockhi." Ockhi is the third named storm of the 2017 North Indian Ocean cyclone season. Heavy rain is expected across the region at least until Saturday, December 2. The system is expected to further intensify into a Severe Cyclonic Storm as it moves toward Lakshadweep archipelago.

On November 20, the remnant energy of Tropical Storm "Kirogi," which hit southern Vietnam on November 19, led to the formation of a new low-pressure area over the Gulf of Thailand. During the next several days, the system moved into the Bay of Bengal and slowly drifted westward, but was unable to organize significantly due to unfavorable conditions. On November 29, the storm organized into a depression just off the southeast coast of Sri Lanka, and the IMD gave it identifier BOB 07. Due to its rapidly consolidating low level circulation center the JTWC issued a TCFA on the system shortly before classifying it as Tropical Cyclone 03B.

Due to heavy rain produced by this system, schools in seven districts of the state of Tamil Nadu including Thoothukudi, Tirunelveli, Kanyakumari, and Virudhunagar were closed. In Thoothukudi and Kanyakumari, strong winds uprooted hundreds of trees, snapped power lines and damaged settlements close to the sea.

There are at least four rain-related deaths, including an elderly couple who were electrocuted in front of their house at Kattakada near Thiruvananthapuram, reports PTI. Three men and a woman were killed in different incidents of trees falling on them in Kanyakumari district. Nearly 20 000 are affected.

The system is very likely to continue moving WNW toward Lakshadweep Islands and intensify further into a Severe Cyclonic Storm during the next 24 hours. 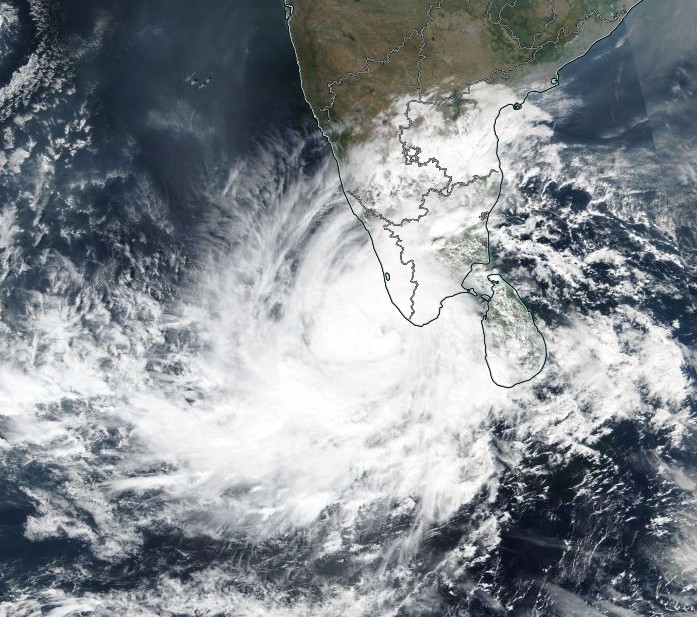 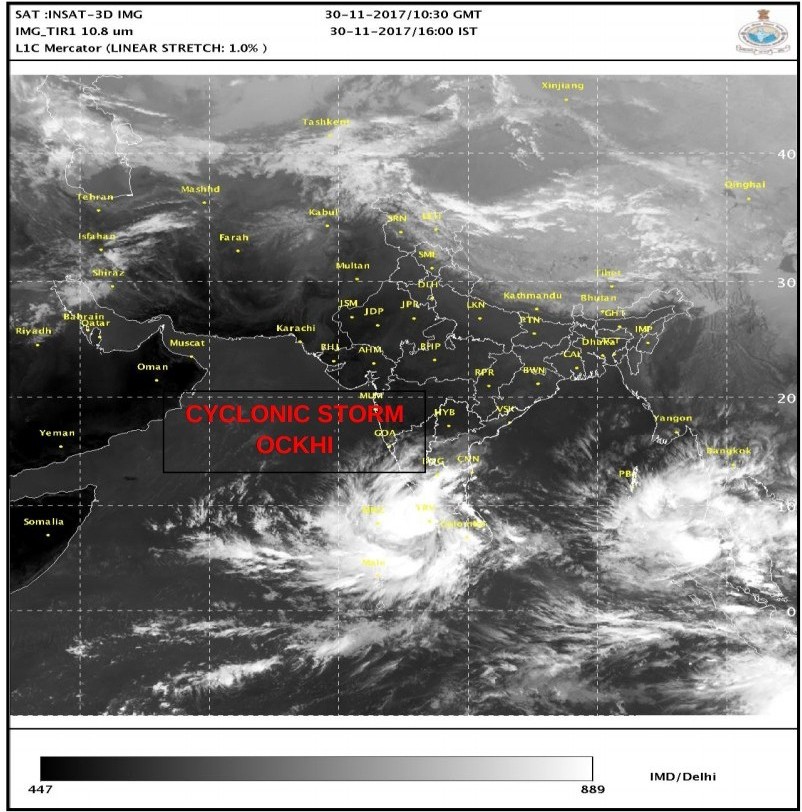 Meanwhile, a low pressure area currently located over Malay Peninsula and adjoining South Andaman Sea persists and is likely to be a well marked system during the next 24 hours and concentrate into a depression within 48 hours.

Eastern India is likely to feel its impacts as early as Monday night, December 4. Areas from Tamil Nadu to Andhra Pradesh are at highest risk for flooding and strong winds.

According to local media reports, over 270 fishermen have not returned to the Thiruvananthapuram coast, triggering widespread panic in the coastal belt hit by Ockhi.

A marine engineering vessel, around 28 fishing vessels from Poonthura harbor and six boats from the Kollam coast are stranded in the sea, Manorama Online reports.

The fishermen have just enough food and fuel to last them a night and were supposed to return by 10:00 local time Thursday, their article states.