A small-scale phreatic eruption started at Agung volcano, Bali at 09:05 UTC (17:05 WITA) on November 21, 2017, forcing authorities to raise the Aviation Color Code from Yellow to Orange.

The best estimate of the ash-cloud top is around 3 842 m (12 294 feet) above sea level. This is about 840 m (2 778 feet) above the crater. "Ash cloud is drifting to the southeast and may be higher than what can be clearly seen by ground observations. Eruption and ash emission continues," CVGHM said 09:39 UTC.

Sutopo Purwo Nugroho, the spokesman of the national disaster agency, reminded residents not to enter the exclusion zone of 6 – 7.5 km (3.7 – 4.6 miles) around the crater and to stay calm. 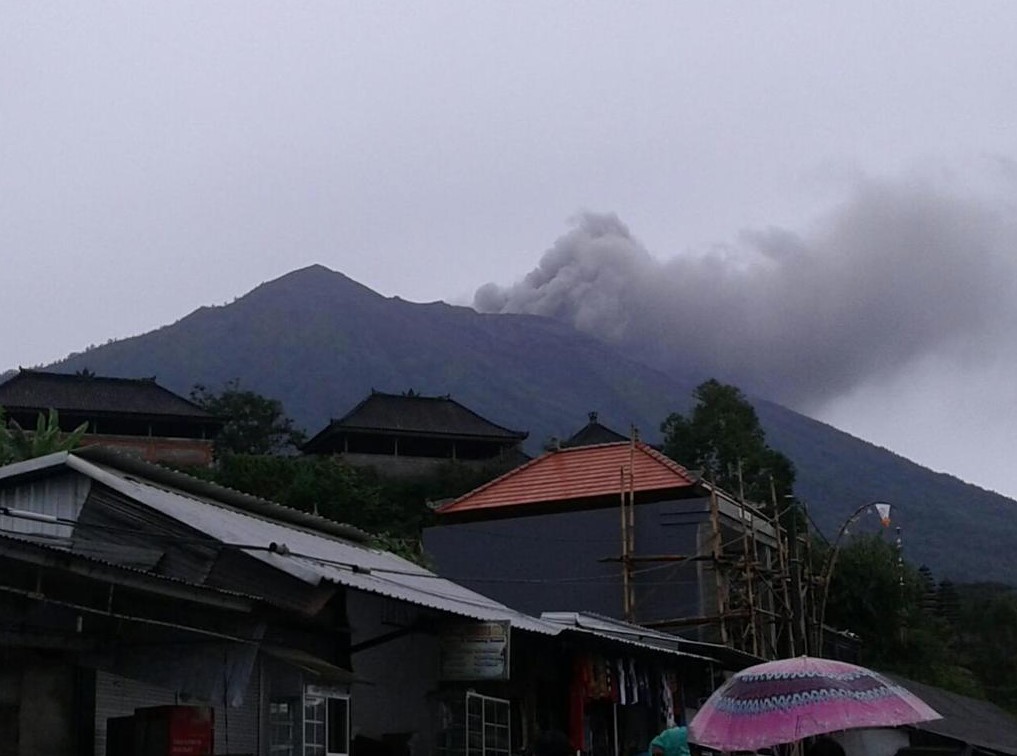 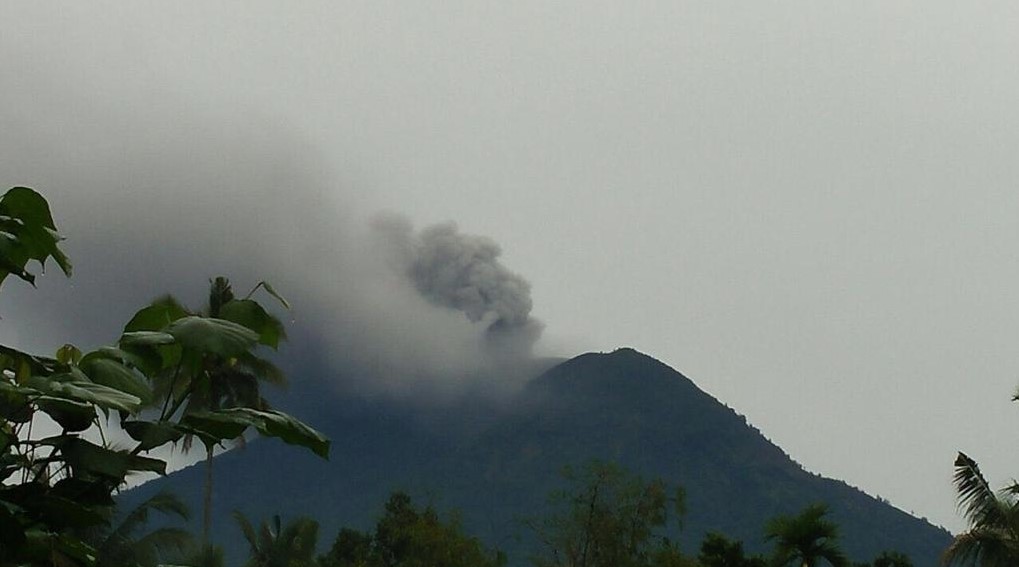 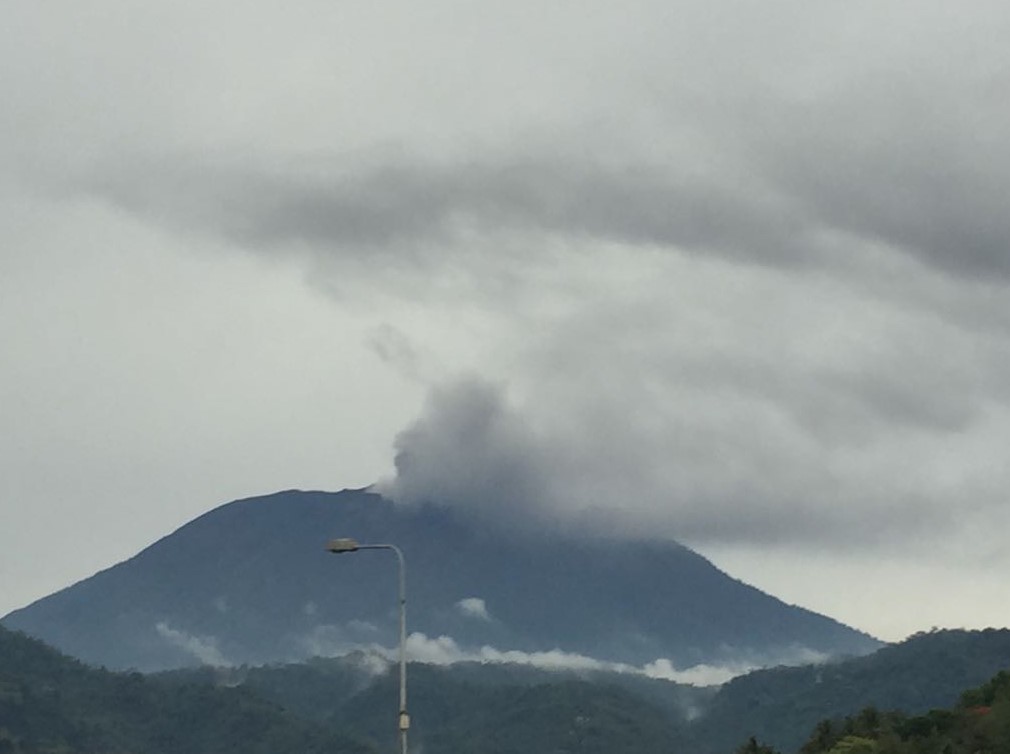 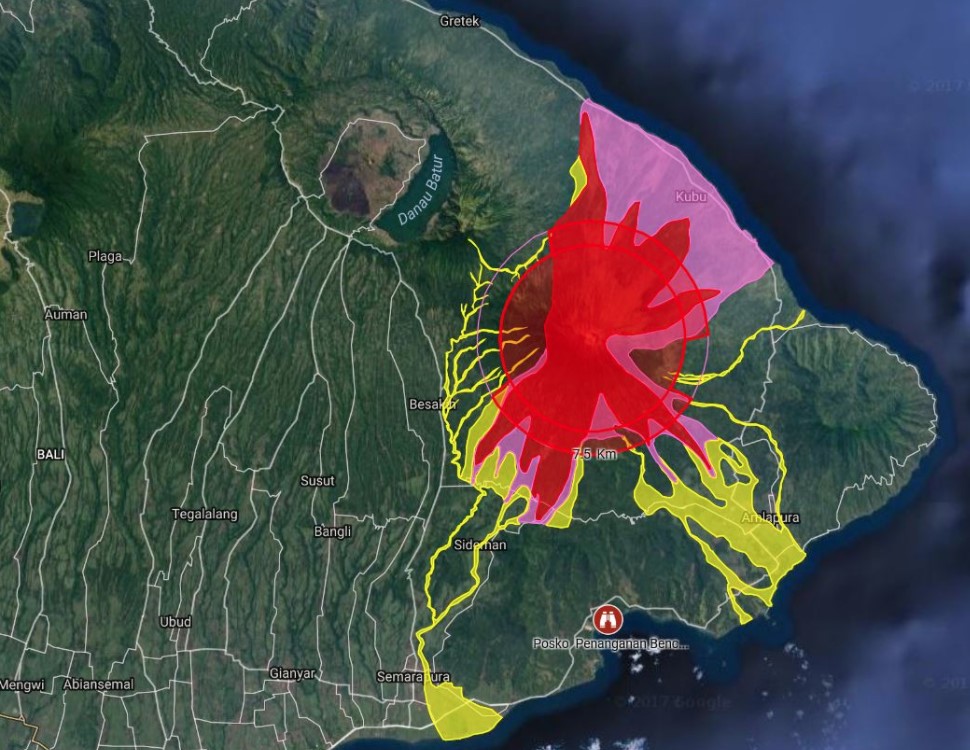 Seismicity under the volcano is still declining: 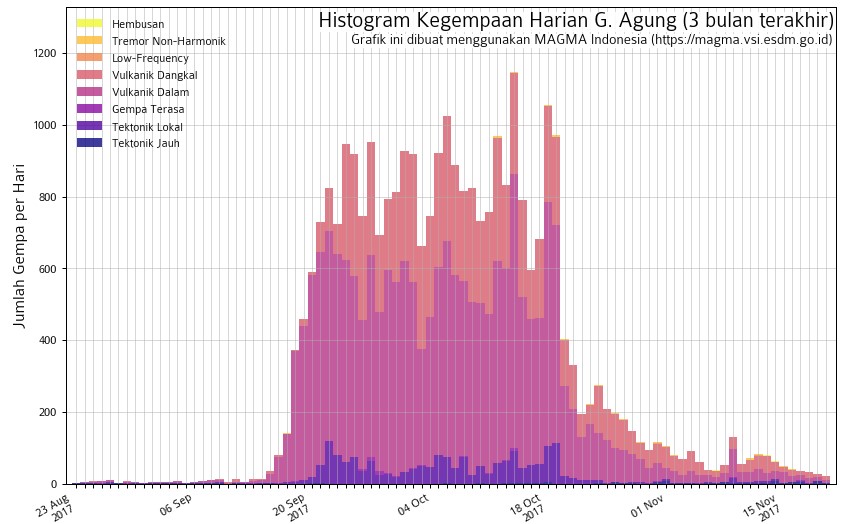 "Agung is not spewing and people are not panicked. At this time the eruption is small and everyone should be encouraged to stay calm, be alert, and watch official information sources," volcanologist Janine Krippner said. Janine is closely monitoring Agung and reporting since the crisis started.