A huge fireball has been observed streaking across the sky over western Germany at 16:48 UTC (17:48 CET) on November 14, 2017. The event lasted between 7 and 20 seconds, according to eyewitness reports.

The International Meteor Organization (IMO) received 1 794 reports by 22:00 UTC on November 15. The event was primarily seen from southwestern Germany but people from northern Switzerland, northeastern France and as far south as northern Italy also reported seeing the event.

IMO has so far received 2 photos and 3 videos of the event and is asking people who observed, recorded or photographed the event to submit their reports. 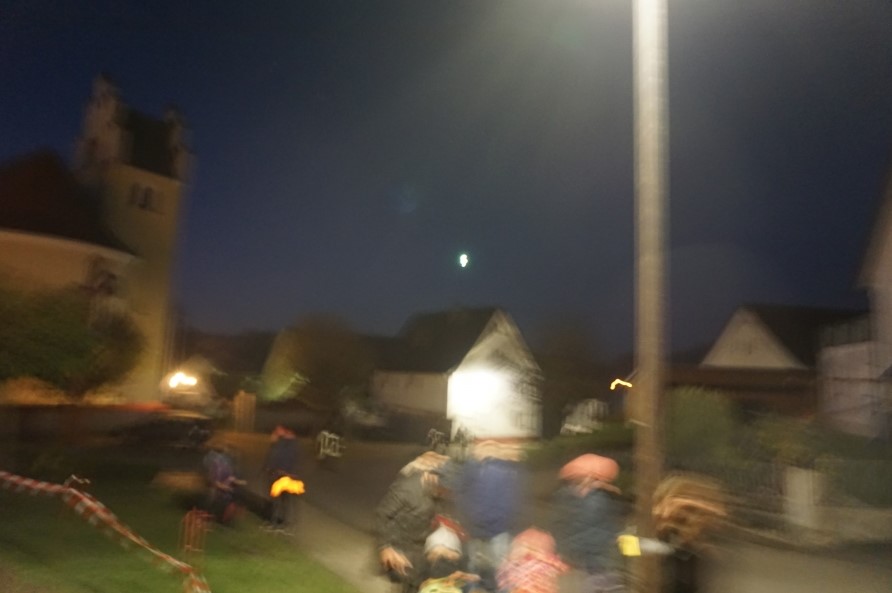 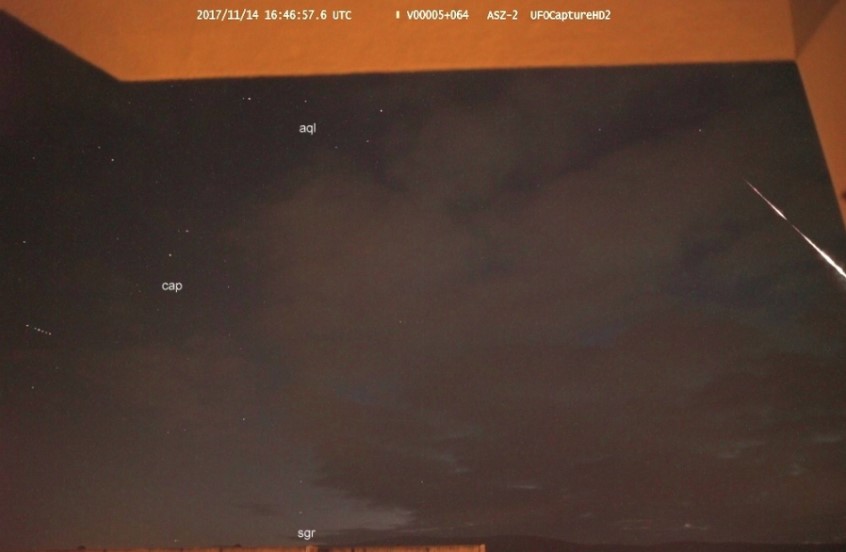 The trajectory displayed on the map below has been automatically computed based on all the witness reports and may not be the most optimized. 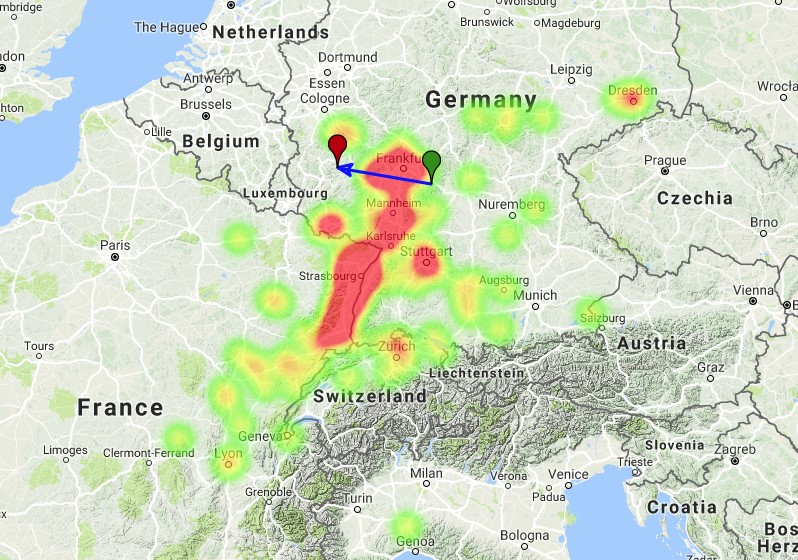 It was the first of four major fireball events within 10 hours on November 14 and 15, 2017. The object was traveling east to west and might be a part of the Taurid Meteor Shower.

With more than 1 790 reports by 22:10 UTC on November 15, this is the most reported fireball event from Europe since the AMS and the IMO launched the international version of the AMS fireball form. Translated into 31 languages, this form potentially allows the whole population of the globe to report such events.