A massive dust and sand storm swept over northern Saudi Arabia, Syria, parts of Jordan and much of Iraq on October 29, 2017, significantly reducing visibility and sending a large number of people to hospitals.

Dr. Khalil Qadir, spokesperson of the Health Ministry told Rudaw English that a large number of people admitted were those already suffering from other chronic illnesses and were hospitalized at the emergency hospitals due to the dust.

"The total number of cases who visited emergency hospitals in Erbil was 485 cases. So far, 153 cases have been admitted and managed. In Sulaimani and Duhok, there were no cases," said Qadir.

The Visible Infrared Imaging Radiometer Suite (VIIRS) aboard the NOAA/NASA Suomi NPP satellite captured this true-color image of a massive dust and sand storm on October 29, 2017. The desert regions of the Middle East contribute to annual dust storms like this one, which is reported to have originated in northern Syria and Iraq. 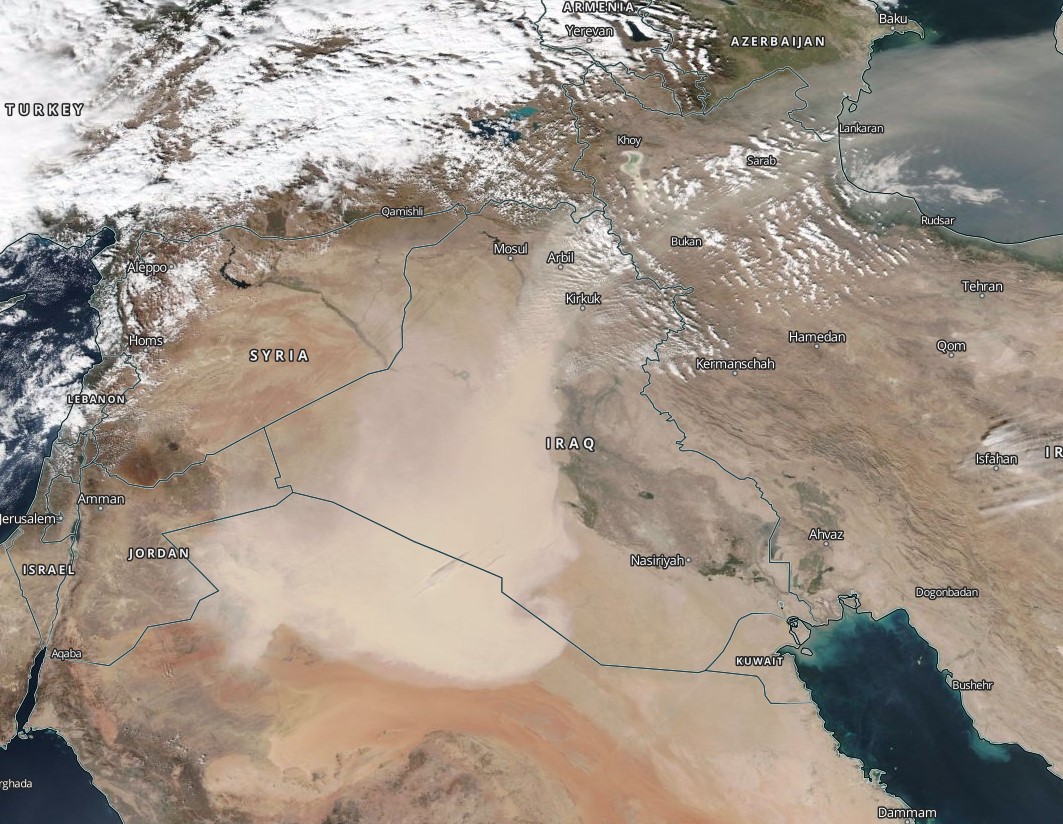 VIIRS acquired this data as three spectrum channels sensitive to red, green and blue (or RGB) wavelengths of light, composed here as an image. In addition, atmospheric interference analyses using several other channels cancel out or correct blurry parts of the image.

Although less intense, the storm was still spreading over much of Iraq and northern Saudi Arabia on Monday, October 30. 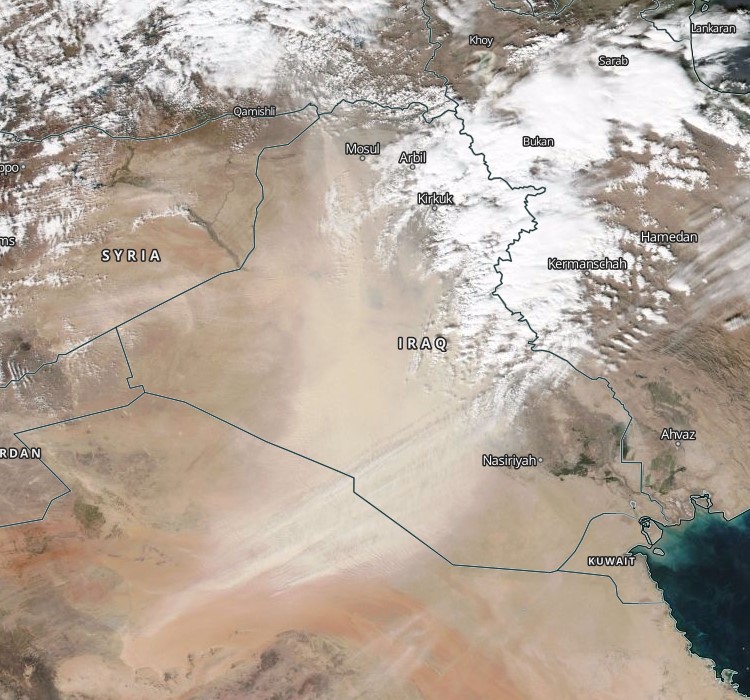