At least 5 people have been killed, several are missing and thousands were affected as two low-pressure centers brought heavy rain to Nicaragua, El Salvador, Honduras and Guatemala over the past couple of days. Some areas received over 300 mm (11.8 inches) within 24 hours.

One of them soon strengthened into Tropical Storm "Selma," off the coast of Nicaragua and El Salvador in the Pacific Ocean, on October 27 and made landfall east of San Salvador, El Salvador on Saturday morning (local time), October 28. The second, currently designated Potential Tropical Cyclone 18, located off the Caribbean coast of Nicaragua, is expected to reach tropical storm strength today, just before it makes landfall in eastern Cuba.

As of late October 27, 2 713 houses have been flooded and 30 destroyed in Nicaraguan municipalities of Teustepe, San Lorenzo, Tipitapa, Mateare, Managua, Granada and Bocana de Paiwas. As reported by FloodList, Las Canoas Dam has reached all-time highs, beating previous records set in 1998 during Hurricane "Mitch" and threatening some 20 000 people downstream.

At least 5 people have been killed in Nicaragua and 2 are still missing. One person died crossing a swollen river in the department of Jinotega. Four miners were also reported killed when the Oconwás River overflowed in Las Minas, Rosita municipality, North Caribbean Coast Autonomous Region.

A total of 1 700 families are affected in Honduras, according to Permanent Contingency Commision. Around 10 000 people were evacuated in Lima after the Chamelecon river overflowed.

As of late Friday, some 1 000 people have been affected in Guatemalan departments of Alta Verapaz, El Progreso, Peten and Quiche. At least two rivers in Pete, La Pasion and Usumacinta, were well above flood stage.

Tropical Storm "Selma" made landfall just east of San Salvador, El Salvador around 12:00 UTC on October 28 and is now rapidly weakening as it moves inland.

Although impact from its strong winds is limited (within 75 km / 45 miles, primarily to the east and southeast), Selma will continue dropping heavy rain on Guatemala, El Salvador, Honduras and Nicaragua through the rest of the day and into Sunday. This rainfall could cause isolated flash floods, especially in mountainous terrain. 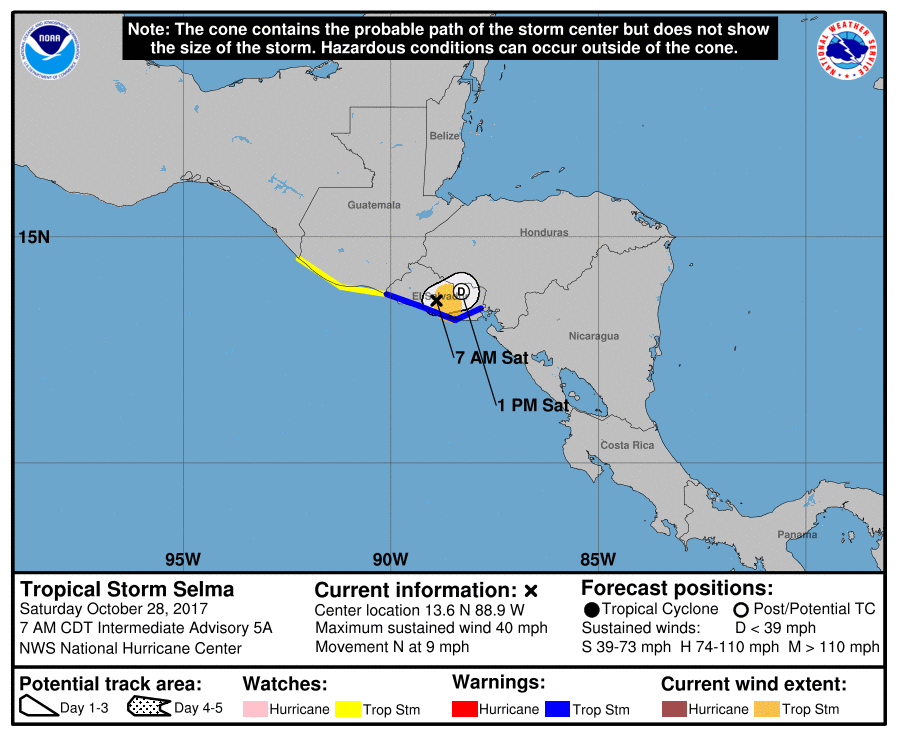 In the Caribbean Sea, Potential Tropical Cyclone 18 is expected to strengthen into a tropical storm today and be named Philippe. 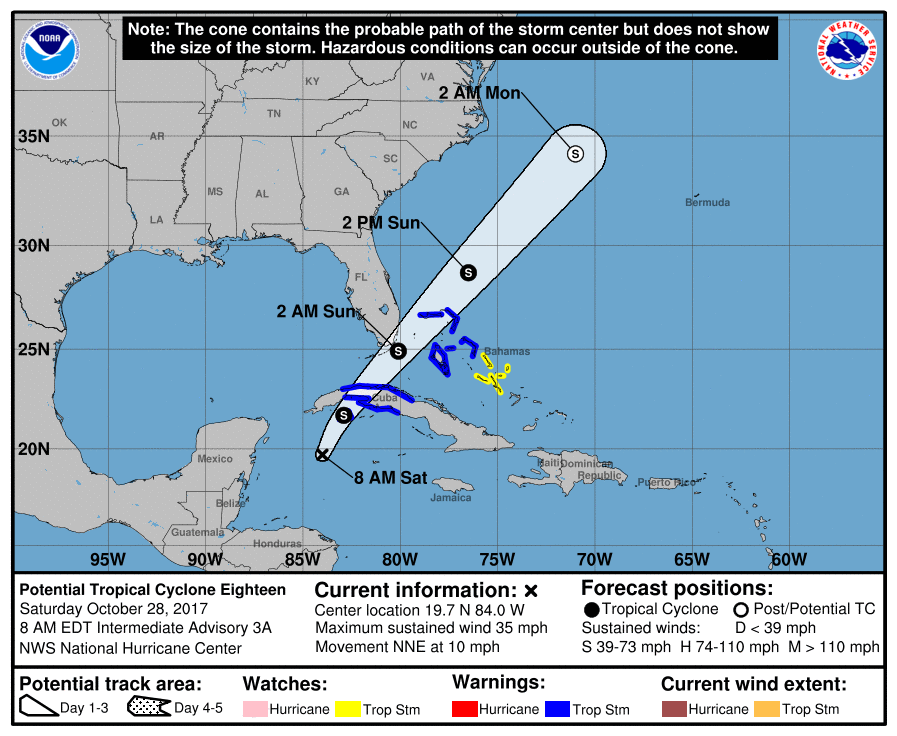 Heavy rain is already spreading northward across Cuba and the Cayman Islands toward the Florida Keys and South Florida.