After more than 5 years of quiescence, a powerful eruption started at Tinakula volcano, Temoto Province, Solomon Islands at 19:20 UTC on October 20, 2017. A second eruption was registered at 23:40 UTC. Heavy ashfall was reported on nearby islands.

Authorities in the Solomon Islands are trying to work out if there's been any damage after a remote volcano erupted early this morning, Radio New Zealand reported. Villages on nearby islands have reported heavy ashfall.

Loti Yates, the director of the National Disaster Management Office in Honiara, said a police patrol had been deployed from the provincial capital, Lata. He said information had been slow to trickle out of the remote area, and it could be sometime before the full situation was known. 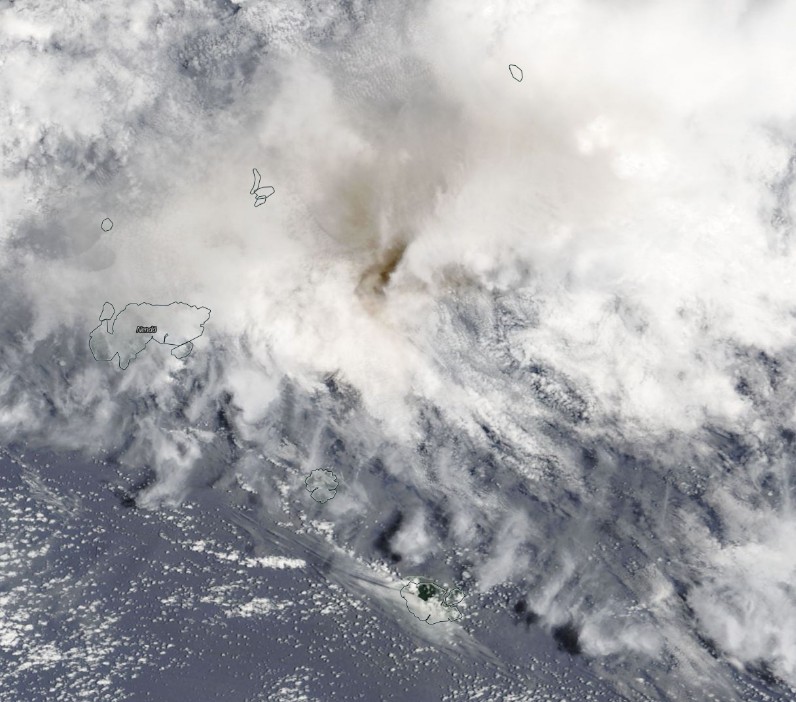 An aviation warning has been issued for the Santa Cruz area. 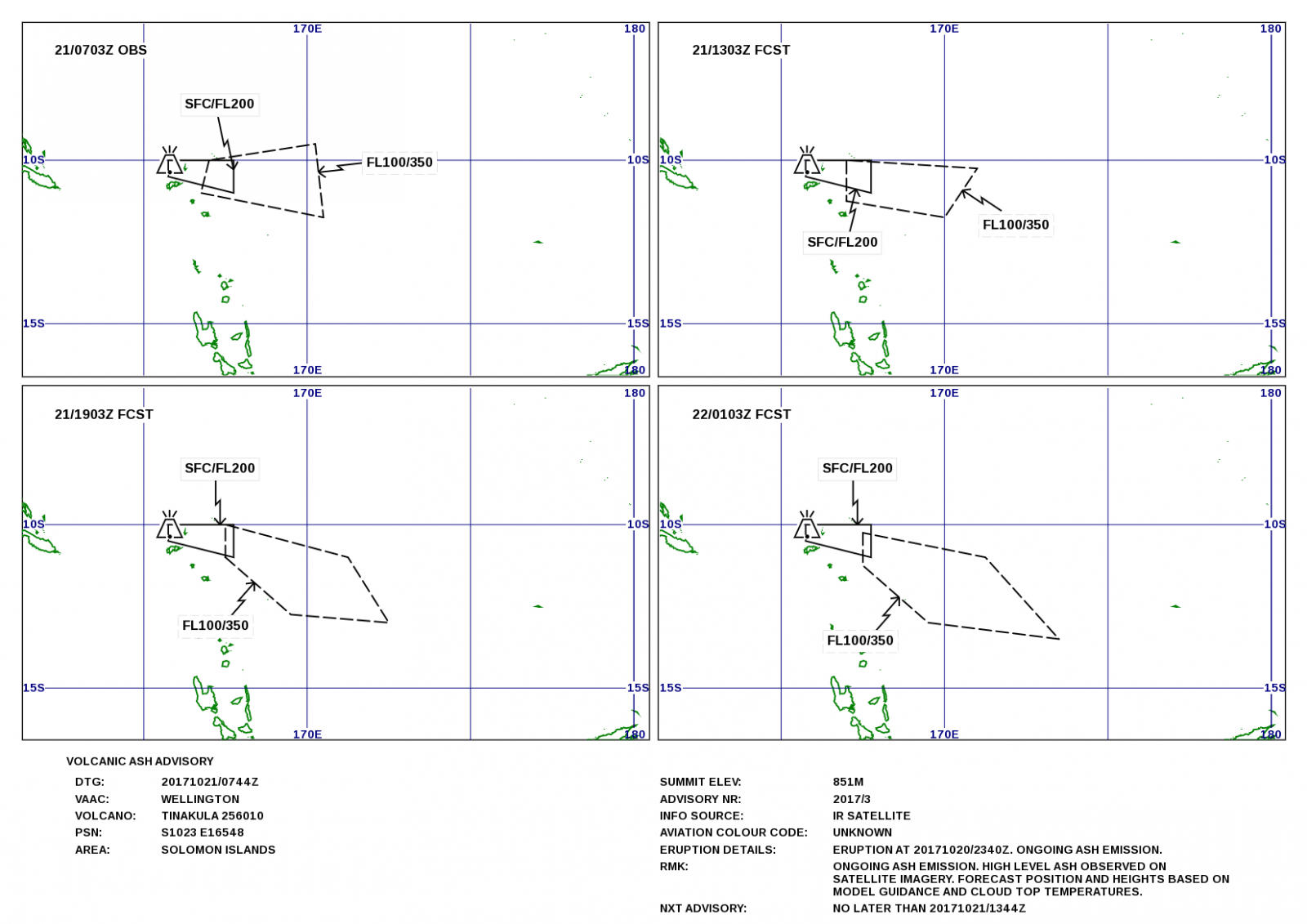 The last known eruption of this volcano, although incomparable to this one, took place in February 2012, after satellites detected thermal anomalies starting February 13. A gas plume and a possible ash content rose from the volcano on February 14 and 17. 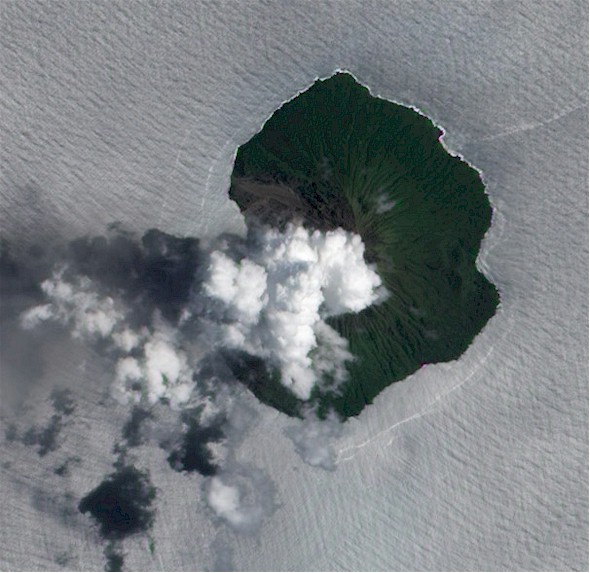 In about 1840, an explosive eruption apparently produced pyroclastic flows that swept all sides of the island, killing its inhabitants. Frequent historical eruptions have originated from a cone constructed within the large breached crater. These have left the upper flanks of the volcano and the steep apron of lava flows and volcaniclastic debris within the breach unvegetated.