Following increased seismic activity detected since September 23, 2017, Shinmoedake volcano (Kirishimayama) in Kyushu, Japan started erupting at 20:34 UTC on October 10, 2017, coating nearby cities and towns with a thin layer of ash. The last eruption of this volcano occurred on September 7, 2011.

Shinmoedake started erupting for the first time in six years at 20:34 UTC on October 10 (05:34 JST, October 11), prompting JMA to raise the volcanic alert level to 3. This is the first time this volcano is on Alert Level 3 since October 2013. Alert Level 3 means residents and tourists are not allowed to approach the mountain within 2 km (1.2 miles) due to the possibility of flying rocks and pyroclastic flows.

JMA said that the plume from the eruption is rising 300 m (984 feet) above the crater. This is 2000 m (6 561 feet) above sea level. A small amount of ash fell in three cities and the town of Takaharu in Miyazaki, JMA added.

Kyodo reported that some people in Takaharu walked while holding an umbrella as volcanic ash fell on roads. Yoshinari Imanishi, 66, a senior official of a local tourism association, expressed concern about the possible negative impact from the eruption, saying, "We were hit by accommodation cancellations six years ago. I hope (the eruption) will not affect the autumn outing season." 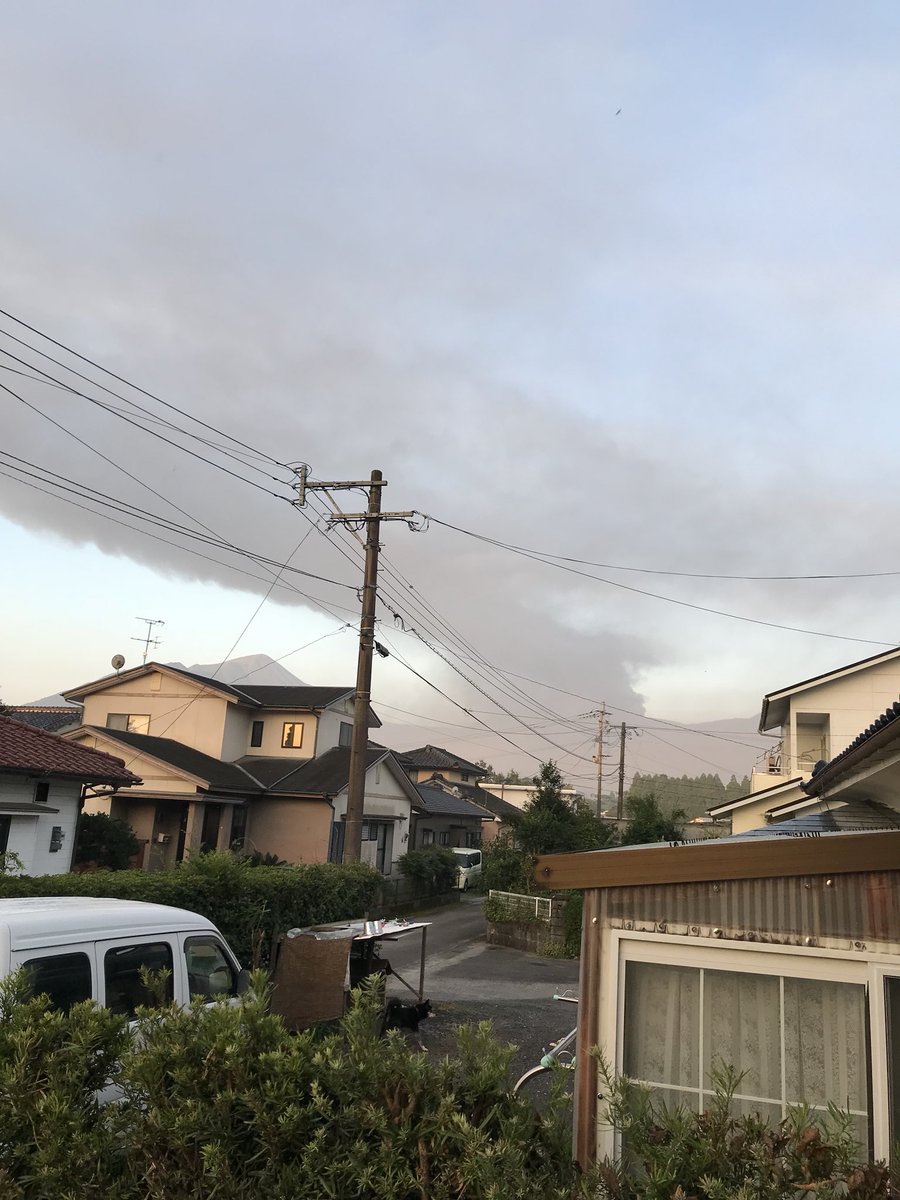 According to local police, there are no reports of injuries or damage.