The asteroid was spotted in September 2017 for the first time since its discovery in 2012. The original observations revealed the asteroid’s next approach to our vicinity would be in October 2017 but its orbit meant that it could not be tracked during the last five years, leaving astronomers unsure on how close it would come. 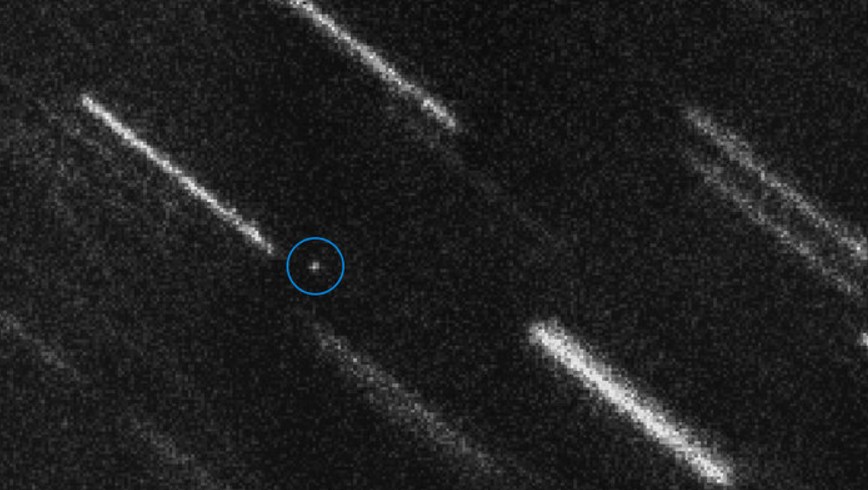 Images below were acquired by Mike Olason on October 7, 8, 10 and 11 as TC4 approached our planet: 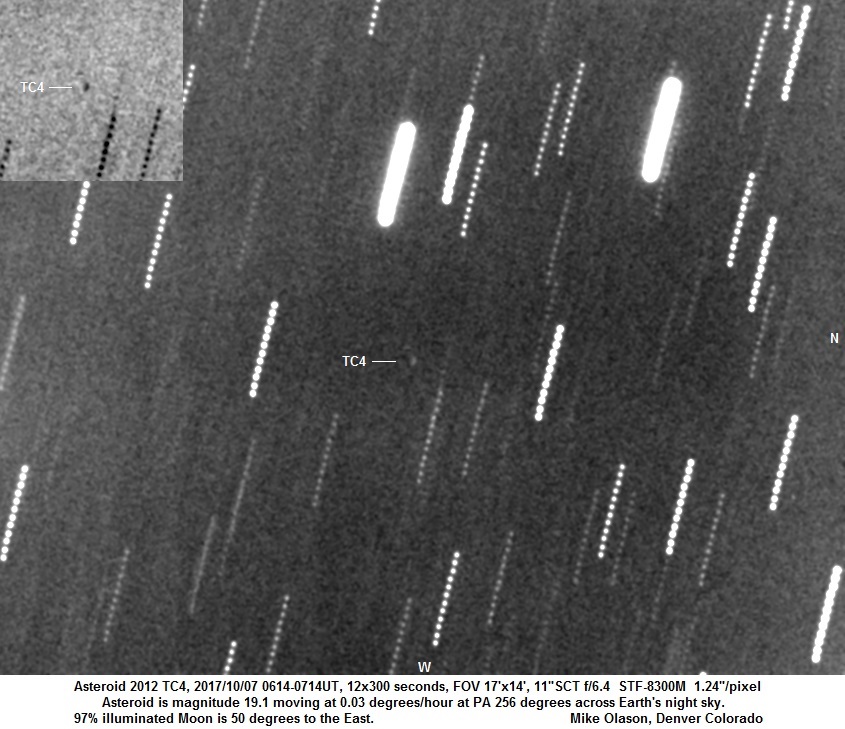 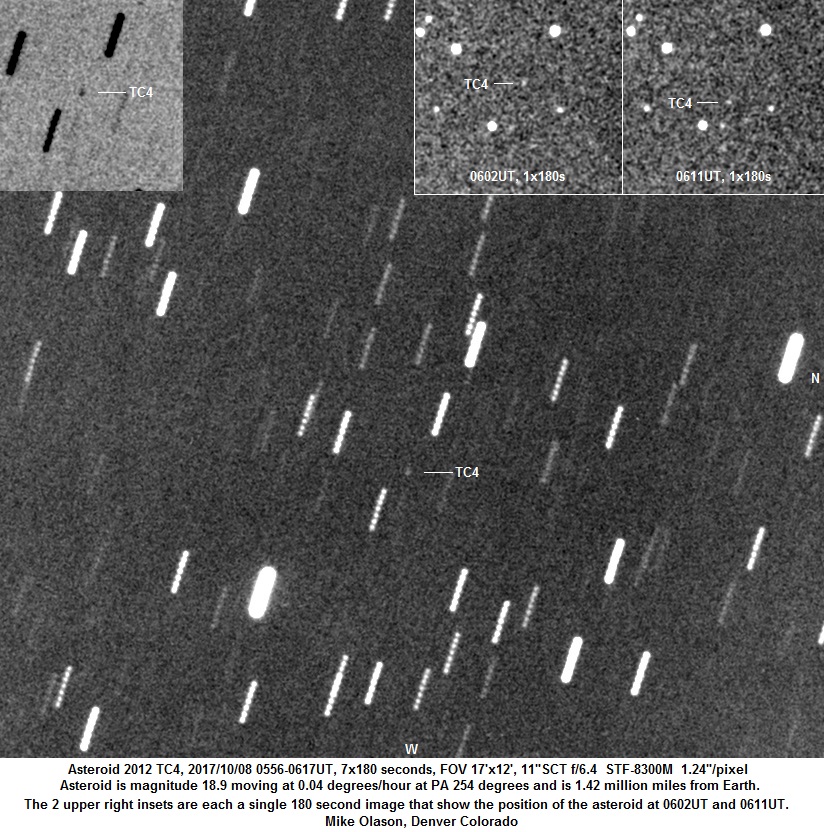 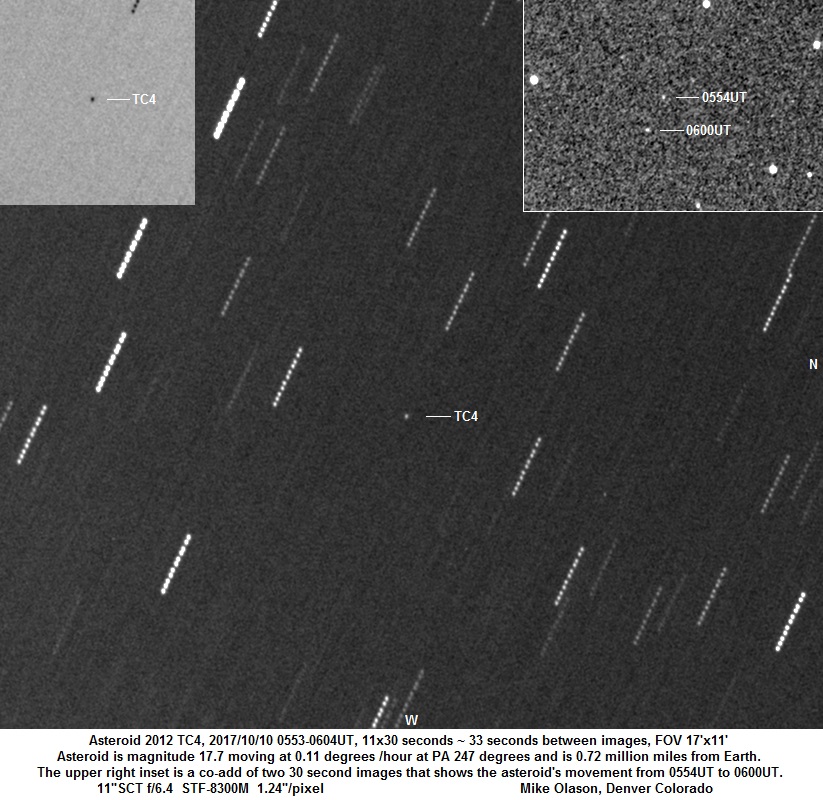 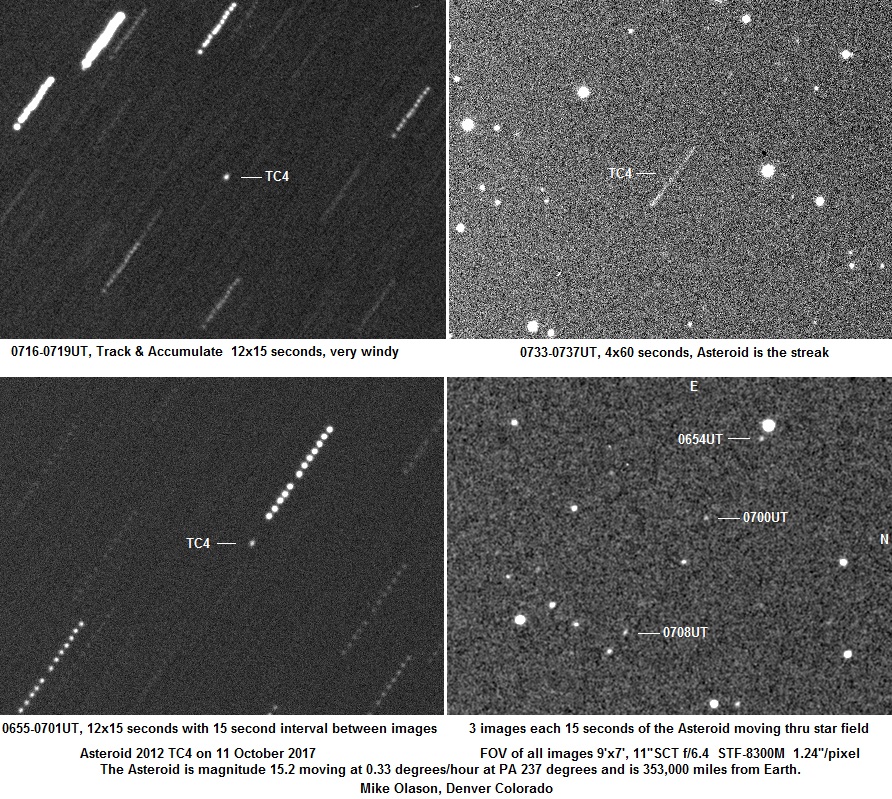 This is the 37th known near-Earth asteroid to flyby Earth within 1 LD since the start of the year and the second closest.

Size comparable to the 2013 Chelyabinsk meteorite

That asteroid had an estimated size of approximately 20 m (65 feet). Its light was brighter than the Sun, visible up to 100 km (62 miles) away.