Massive wildfires fanned by strong winds that ignited in Northern California on Sunday, October 8, 2017 are now the worst the state has seen in its history. As of early October 10, at least 11 people have been killed, more than 100 are believed to be missing and over 1 500 homes and businesses have been destroyed in just 12 hours. As of late Monday, more than 48 140 ha (119 032 acres) of land had been scorched.

More than 12 fires are burning across 8 counties in California since Sunday, forcing more than 20 000 people to evacuate their homes, some of them with little notice, officials said Tuesday.

Governor Jerry Brown declared an emergency in the affected counties (Butte, Lake, Mendocino, Napa, Nevada, Orange, Sonoma and Yuba) and asked for a federal declaration of a major disaster for the entire state.

At least 7 people have been killed in Sonoma County, one of the worst affected, in fire-related incidents but the number is expected to rise. More than 100 phone calls have been made to county's missing persons hotline, although some of them are hopefully duplicates. 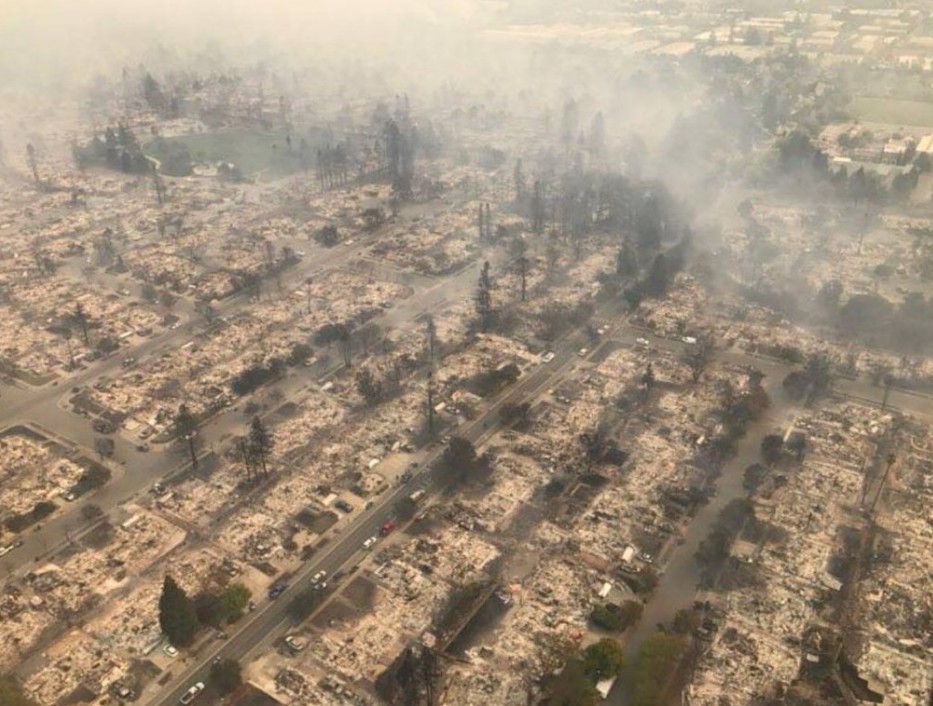 The California Department of Forestry and Fire Protection confirmed that one person was killed in Mendocino County, two in Napa County and one in Yuba. Cal Fire Director Ken Pimlott said that many had been injured and that an undetermined number were missing.

According to data provided by the National Interagency Fire Center, the total number of deaths caused by wildfires in California since 1997 is 80. The worst year, not including 2017, was fire season of 2008 when 13 people lost their lives. On average, California sees 4 fire-related deaths per year (since 1997). 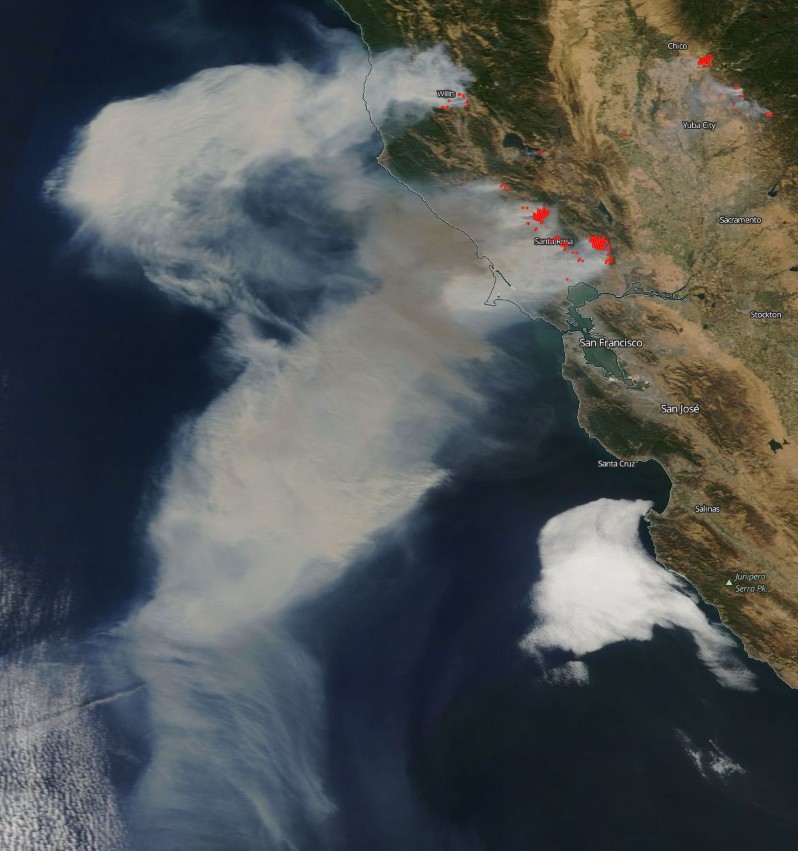 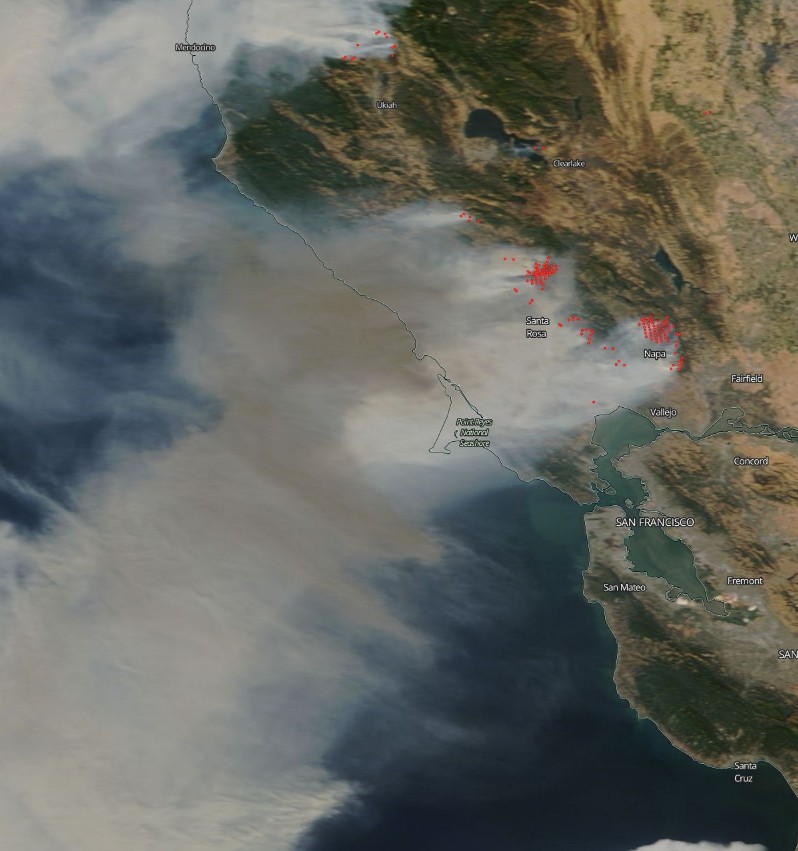 The director of California's Office of Emergency Services, Mark Ghilarducci, said Monday that other deaths were likely across the region. Since the fires were moving so rapidly, he added, authorities were "still trying to get our hands around" the full extent of the damage and casualties.

More than 94 000 customers were without power as of Tuesday morning, most of them in the North Bay Division and Sonoma area, Pacific Gas & Electric said, adding that gas service was shut off to 30 000 customers.

NWS warns that very low relative humidity, coupled with strong and gusty winds, would continue to pose a critical threat through Tuesday morning. Winds are expected to weaken later in the day and on Wednesday, with higher humidity spreading slowly inland.

The majority of deaths are from Sonoma County where huge swaths of the city of Santa Rosa were leveled by the Tubbs fire.

The death toll has reached 32 and is expected to further increase as search efforts continue. At least 3 500 homes have been destroyed, according to the California Department of Forestry and Protection.

About 34 000 customers are without electricity service and 47 000 without natural gas service, mostly in Sonoma and Napa counties, the Pacific Gas and Electric Co. said Friday.