Hurricane "Jose" moved away from the northern Leeward Islands on Saturday, September 9, 2017 and is now looping around in the Atlantic Ocean, far northeast of the Bahamas.

At 21:00 UTC on September 11, the center of Hurricane "Jose" was located 580 km (360 miles) NNE of Grand Turk Island. Its maximum sustained winds were 155 km/h (100 mph), making Jose barely a Category 2 hurricane on the Saffir-Simpson wind scale. Some weakening is forecast during the next 48 hours, but Jose is expected to remain a hurricane at least over the next 5 days.

Jose is currently moving north at 19 km/h (12 mph) with the minimum estimated central pressure of 973 hPa. 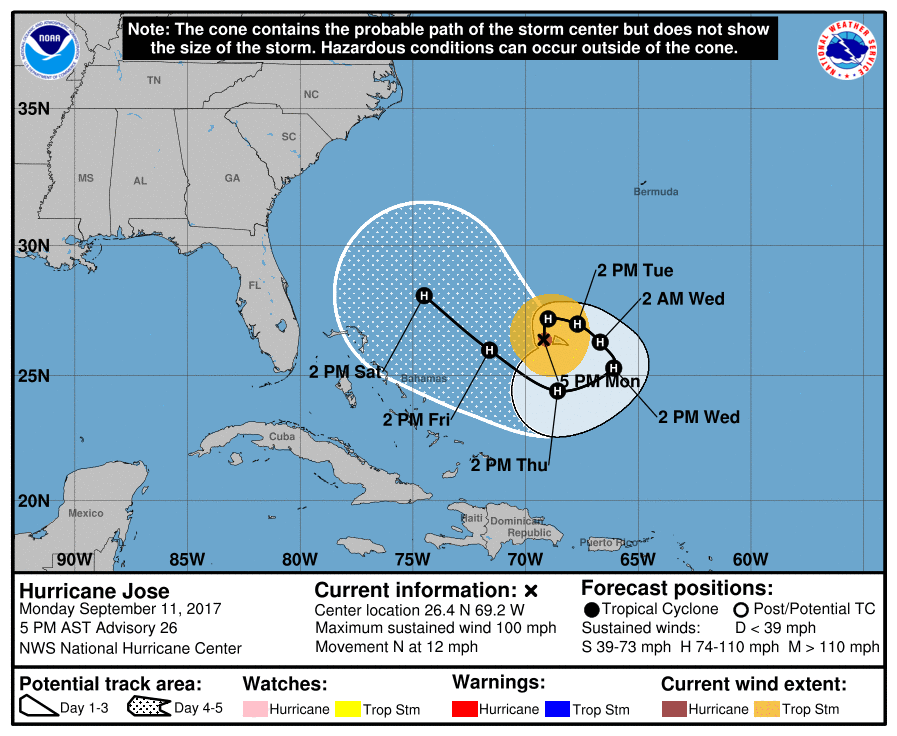 The system is expected to slowly complete an anticyclonic or clockwise loop over the next few days, as a mid-level high to the southeast of Jose builds southwest of the tropical cyclone in about 24 hours, then to the west of it in 36 to 48 hours, and northeast of it in about 3 days." 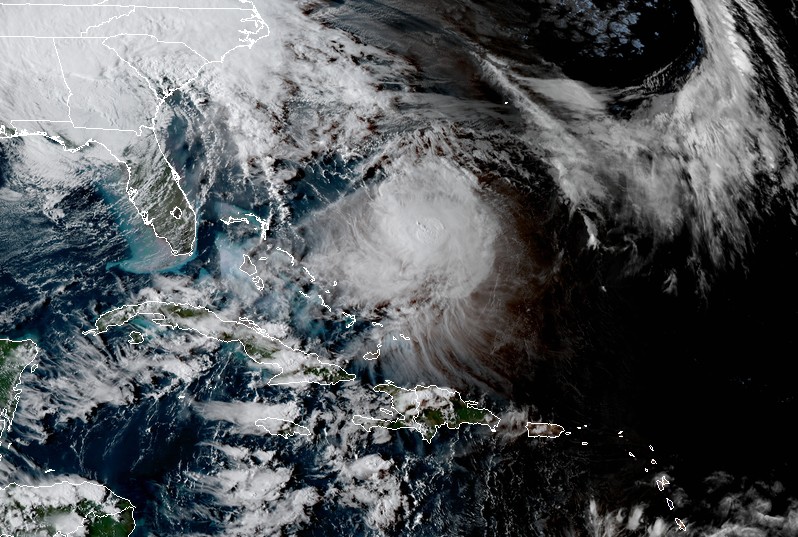 By days 4 to 5 the high becomes more well established, and Jose will increase speed a bit as it emerges from the loop and treks toward the west-northwest. The guidance is tightly clustered through the next few days, but diverges a bit in days 4 and 5, with more recent runs showing Jose gaining a bit more latitude in the longer time ranges.

There seems to be a better agreement in the models regarding the magnitude of the northerly shear, which is expected to continue to weaken the cyclone for the next few days despite warm SSTs. Jose is also expected to cross its own wake in a few days which also will be unfavorable for strengthening. In the 4 to 5 day period, the models suggest the shear may relax enough to allow for some re-intensification of Jose, but confidence at this point is rather low.

Over the next couple of days, the only impact from the hurricane will be rough surf and the chance of rip currents in Hispaniola, the Bahamas and the Turks and Caicos Islands.