Ecuador's Fernandina volcano, the most active of Galápagos volcanoes, entered a new eruptive phase at approximately 17:25 UTC (12:25 local time) on September 4, 2017. The eruption comes after 8 years of superficial calm. It was observed by the crew of Lindblad Expeditions/National Geographic ship Endeavor II and confirmed by the personnel of the Galapagos Park. Fernandina is also known as La Cumbre.

According to Ecuador's Istituto Geofisico (IG), the seismic network installed in Galapagos began to detect activity around 14:55 UTC (09:55 local time).

Satellite images acquired 19:28 UTC showed the presence of an eruptive column, which originated in the volcano and headed west to north-west at an altitude of approximately 4 000 m (13 123 feet) above the crater. This is approximately 5 476 m (17 965 feet) above sea level.

IG noted that Fernandina Island has no human settlements that could be affected by the eruption.

"Based on the direction of the wind, the eruption column is not expected to affect the populations of Puerto Ayora, Puerto Villamil, or Puerto Baquerizo, located south of the volcano," IG added. 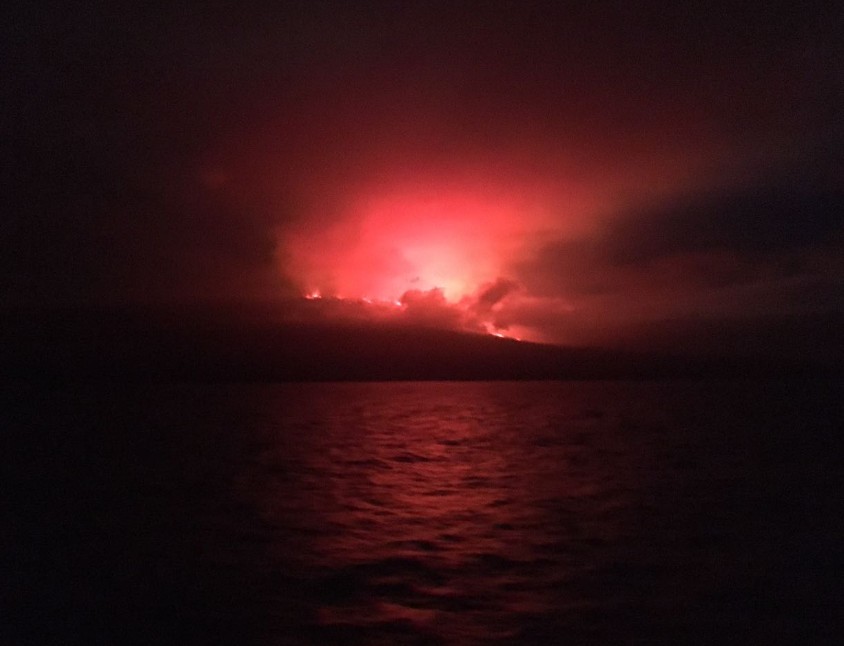 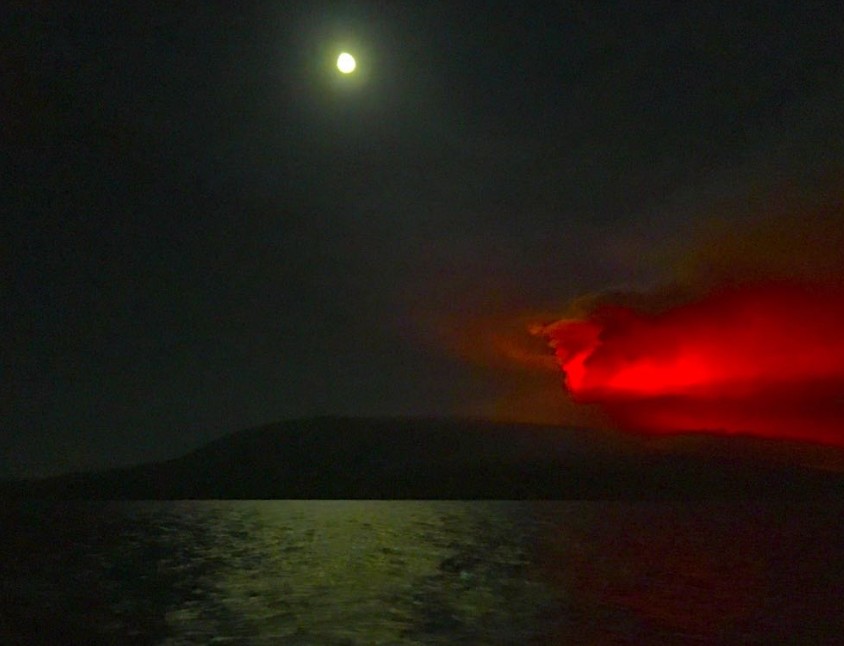 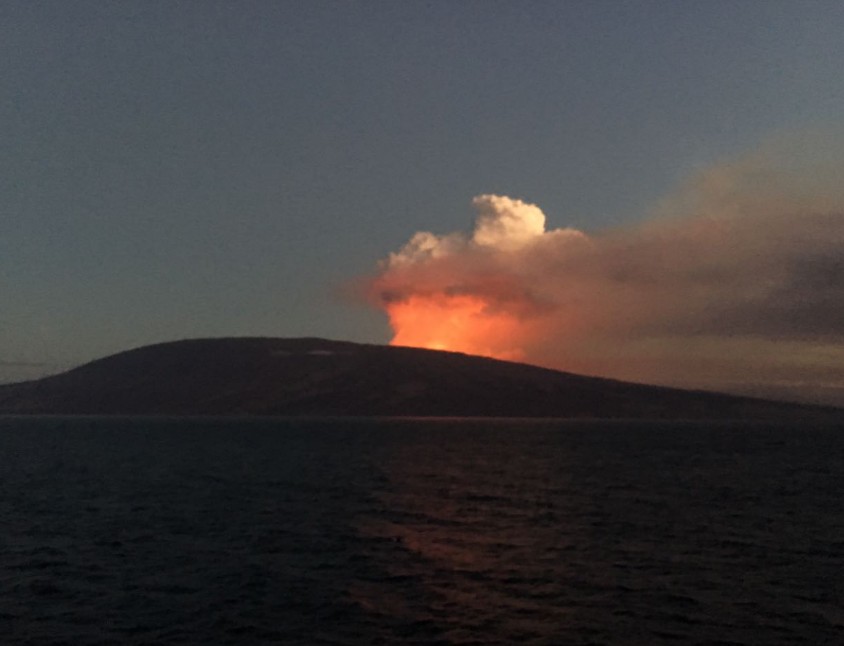 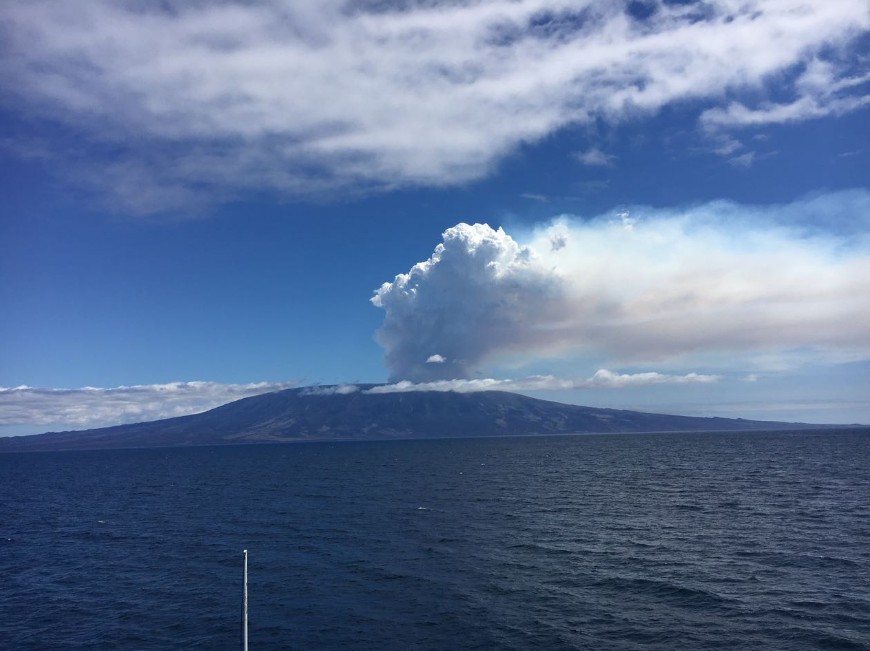 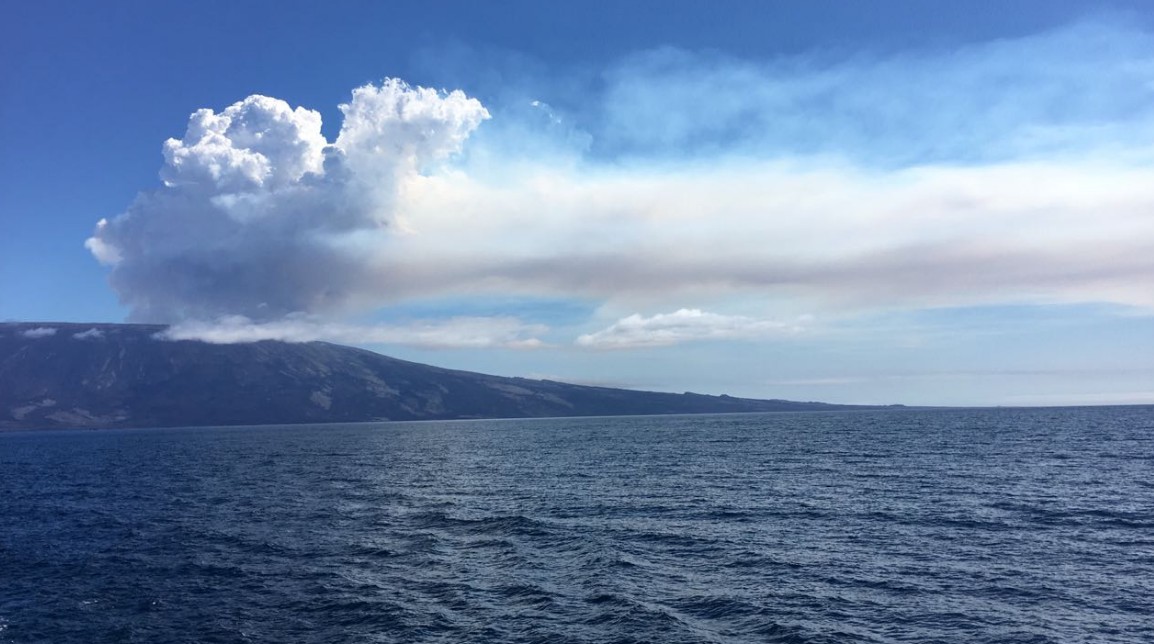 The last eruption of this volcano took place in 2009. Based on analysis of satellite imagery, IG reported that an eruption of Fernandina started sometime between 22:00 on April 10 and 00:30 local time on April 11, 2009. Several thermal anomalies were seen on satellite imagery, possibly indicating active lava flows. A representative of the Galápagos National Park reported that tourists and park employees observed the eruption during the early hours of April 11.

According to news articles, Galápagos National Park personnel conducting an overflight indicated that the eruption occurred from a fissure on the SW flank, about 500 m (1 640 feet) from the summit crater. The fissure was 200 m (656 feet) long and 10 m (32.8 feet) wide, and ejected lava fountains 15 m (49.2 feet) high. A gas-and-ash plume drifted SW. The eruption took place near the site of the previous eruption in 2005.

Based on analysis of satellite imagery, the Washington VVAC reported that during April 11 to 14 gas and possible ash plumes drifted up to 370 km (230 miles) W, SW, S, and N. On April 14, a large thermal anomaly and sulfur dioxide were detected. The observatory also reported smoke from burning vegetation.

Based on analysis of satellite imagery and information from IG, the Washington VVAC reported that during April 15 and 16 gas-and-steam plumes from Fernandina drifted up to 555 km (345 miles) W and a thermal anomaly was detected on the W half of the island. According to news articles, the eruption caused the deaths of numerous fish and multiple sea lions that were found floating in the sea.

According to a news article published in Antena 3, the eruption of Fernandina continued after about 20 days. Variable activity included steam-and-gas emissions and lava flows.