A new explosive eruption took place at Bogoslof volcano, Alaska at 00:29 UTC on August 27, 2017 and lasted about 4 minutes.

The cloud produced during today's event was observed in satellite images to drift southeast from Bogoslof and pass over southern Unalaska Island. Cloud-top temperatures seen in satellite data show that it rose to as high as 7.4 km (24 000 feet) above sea level.

Seismicity, as detected on neighboring islands, has been quiet since, no lightning has been detected, and satellite images show no additional emission from the volcano.

At 19:59 UTC on August 26, the Alaska Volcano Observatory reported a robust steam plume extending about 70 km (43 miles) SE of the volcano and elevated surface temperatures at Bogoslof Island were observed over the past 24 hours.

"These observations are consistent with the existence of the newly emplaced lava dome within the crater lake, first observed on August 18, and the interaction of hot lava (dome) and sea water," the observatory noted.

Many past eruptions of Bogoslof have ended with the development of a subaerial lava dome. However, during some eruptive periods, lava effusion has been followed by additional explosive activity and dome destruction.

If explosive eruptive activity resumes and the vent remains subaerial, it is possible that the resulting volcanic cloud could be more ash-rich than many of the volcanic clouds observed this far. 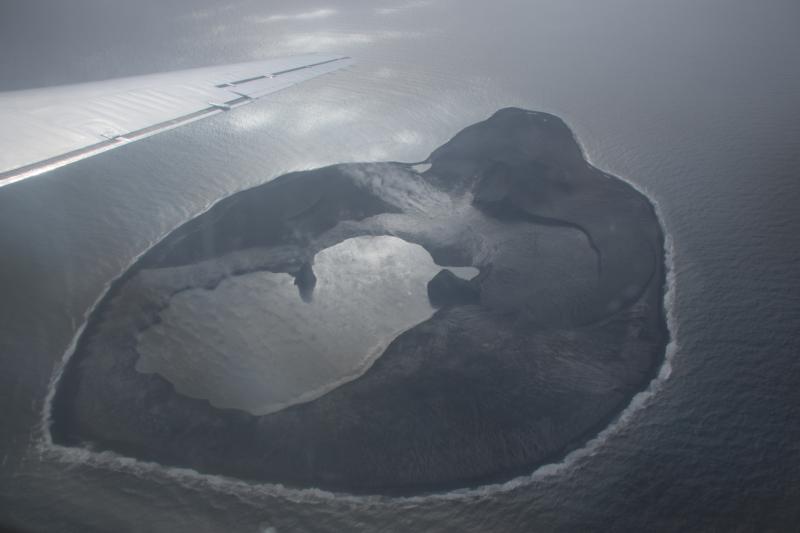