Water levels have risen steadily since unrelenting monsoon rains started affecting the country in early July. "The situation is under control, but what happens now will depend on the weather," said Ko Ko Naing, director general of the ministry of social welfare, relief and resettlement told Reuters. 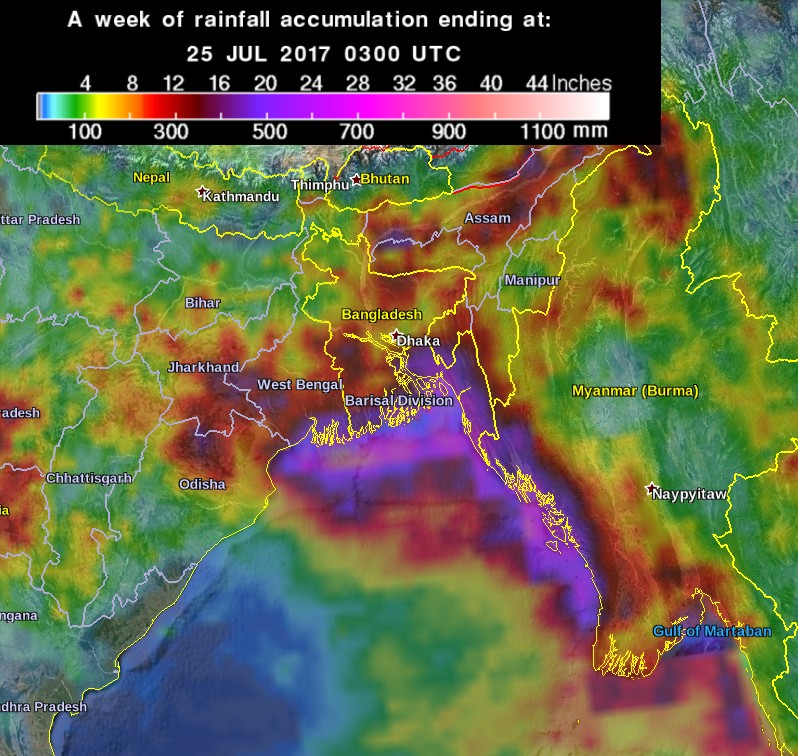 The government has provided food and other assistance to a total of 116 817 displaced people by Monday, as well as longer-term shelter for those outside settlements where flood waters are not expected to subside immediately, he said.

One man drowned in the floods in the Sagaing region and another was swept away while crossing a stream in Chin state, said a resettlement official in the ministry, Kay Thwe Win.

Video provided to Reuters by a Buddhist monk near Pakokku, 520 km (323 miles) north of the commercial hub of Yangon, showed a gold-leaf-covered pagoda slipping into the raging waters of the Ayeyarwady on Thursday.