At 21:00 UTC on July 17, the center of Tropical Storm "Don" was located 780 km (485 miles) ESE of Barbados and 955 km (595 miles) E of Trinidad. Don had maximum sustained winds of 65 km/h (40 mph) and was moving westward at a speed of 28 km/h (17 mph). This general motion is expected to continue through Wednesday, with a gradual increase in forwarding speed. Its minimum estimated central pressure is 1009 hPa. Tropical-storm-force winds extend outward up to 35 km (25 miles) from the center.

On the current forecast track, the center of Don will move through the Windward Islands late Tuesday and Tuesday night (local time). 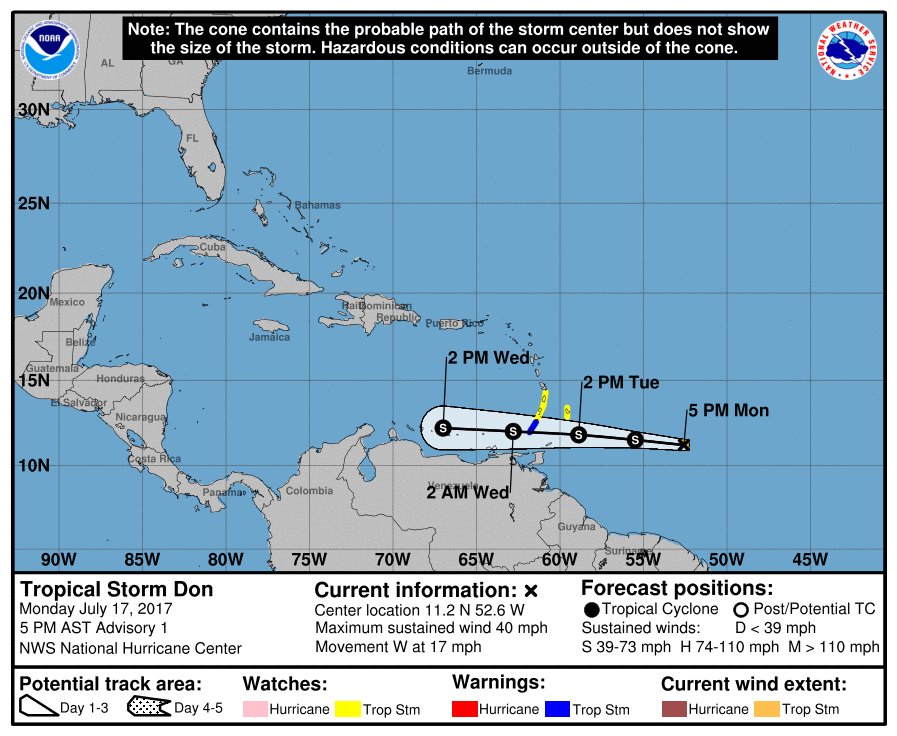 Tropical storm conditions are expected in the warning area by late Tuesday and Tuesday night, July 18.

Don is expected to produce total rain accumulations of 50.8 mm to 101.6 mm (2 to 4 inches) across the Windward Islands through Wednesday morning, July 19.

Meanwhile, another system is brewing east of Don. If it consolidates into a tropical cyclone, it will be named Emily.