Heavy rains that started falling over Vietnam's northern, mountainous regions on July 7, 2017 caused severe flooding that caused deaths of at least 7 persons and left 1 missing, according to the latest report from the country's Office of the Central Committee for Disaster Prevention.

In Thái Nguyên Province, a family with two children aged four and eight was washed away while driving a car across a bridge in Linh Thông Commune.

The body of a 17-year-old boy was found yesterday after he was washed away by the rising water the previous day when swimming across the Nậm Rốm River in Thanh Chấn Commune, Điện Biên Province, the Vietnam News reports.

Meanwhile in Hà Giang Province, rescuers yesterday found the bodies of two youngsters aged 13 and seven buried in a landslide hours earlier.  They were residents of Zone 5 in Vinh Quang Township, Hoàng Su Phì District. A resident of Quang Bình District was also washed away by the flood and remains missing.

According to authorities, more than 1 375 m3 (48 500 ft3) of soil and rocks fell during the rain, blocking 26 roads connecting villages and communes in the province. 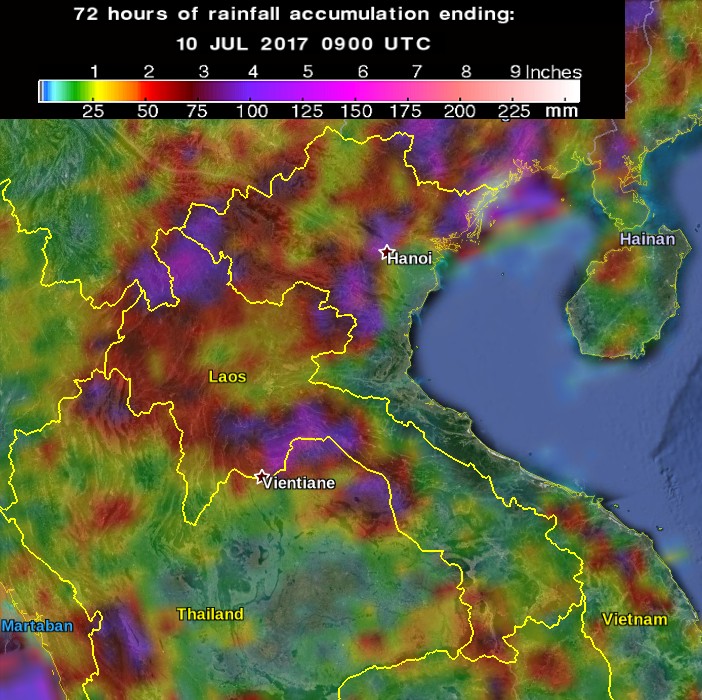 The rains also affected nearly 100 hectares (247 acres) of paddy and vegetable fields across the three provinces, while hundreds of pigs and poultry were washed away.