At least 56 people have been killed and 22 are still missing since June 29, 2017 in 11 central and southern provinces of China, including Hunan, Hubei, Anhui, Sichuan, and Guizhou, China’s Ministry of Civil Affairs said Tuesday, July 4. Water levels in more than 60 rivers have recently risen above warning levels. Xiangjiang River in Changsha, the capital of Hunan, reached a record high of 39.51 meters (129.6 feet) early July 3, higher than the previous record of 39.18 meters (128.54 feet) set by a massive flood in 1998.

The water level at the Changsha monitoring station in the Xiangjiang River, a major Yangtze tributary, reached a record high of 39.51 meters (129.6 feet) early Monday, higher than the previous record of 39.18 meters (128.54 feet) set by a massive flood in 1998, Xinhua reports.

Floods have inundated houses, uprooted trees, damaged cars and sabotaged roads in Changsha, the capital of Hunan. The public, even elementary school students who are on summer vacation, volunteered to help fill sandbags to prevent the water from overflowing. Intermittent rain is forecast to last in Changsha until Wednesday, and the city is under heavy pressure to battle flooding. 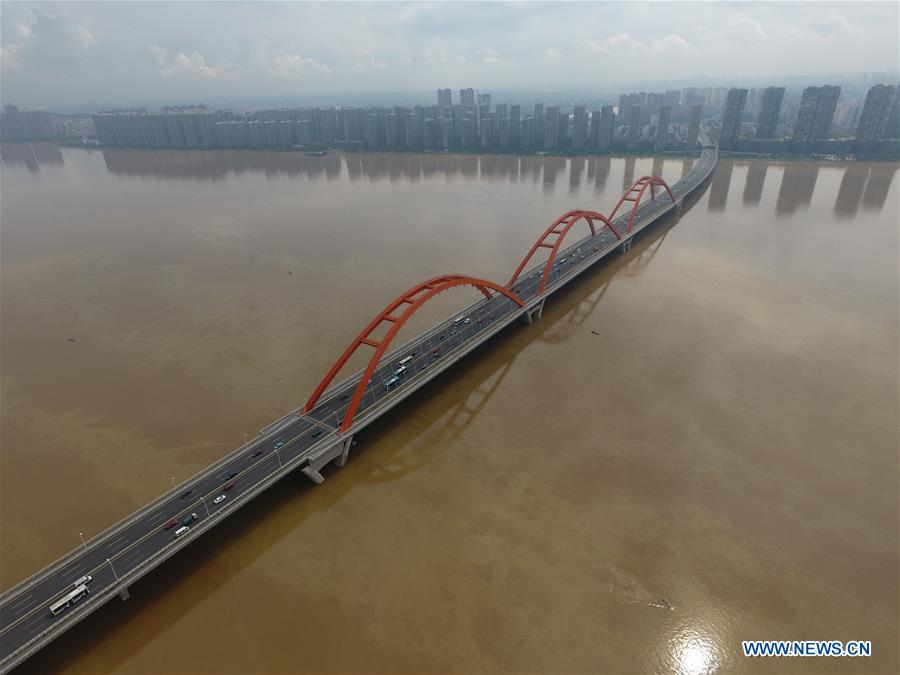 Fuyuan Road Bridge in flood-hit Changsha, the capital of central China's Hunan Province. The water level in the section of the river in Changsha reached 39.51 m (129.6 feet) at 00:12 local time July 3 and exceeded its record flood level. Credit: Xinhua/Long Hongtao

In neighboring Hubei Province, 394 000 people were affected, more than 5 600 displaced and more than 800 needed emergency rescue. 200 houses collapsed while more than 300 sustained various levels of damage.

The Three Gorges Dam on the upper Yangtze has reduced water discharge by 70% in the last three days and lowered the water level by up to 1.5 meters (4.9 feet), according to the Yangtze River Flood Prevention Headquarters.

In Guangxi, heavy rain and floods affected 444 000 people, 7 were killed and 4 are still missing. 31 000 people were displaced and 22 000 needed emergency rescue. 600 houses collapsed while 6 500 sustained various levels of damage.

In eastern Jiangxi Province, 1.362 million people were affected and 1 person was killed. More than 1 300 houses collapsed while nearly 5 600 sustained various levels of damage. 28 100 people in the province are battling against the floods, as water levels in the Jiangxi section of the Yangtze and Poyang Lake, China's largest fresh water lake, have risen above warning levels. 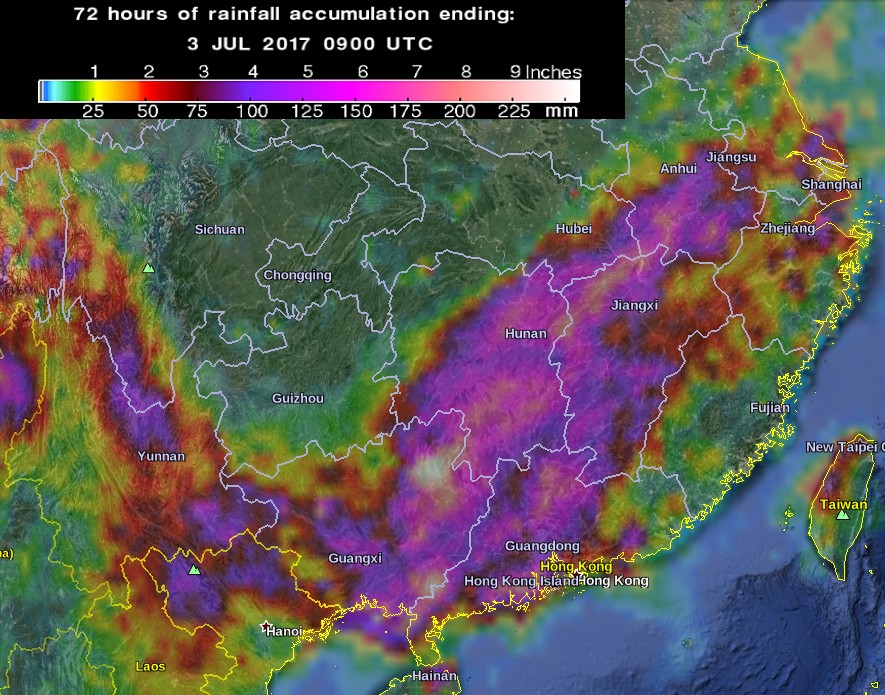 In Sichuan, more than 2 000 people were affected, 2 are missing and more than 900 needed emergency rescue. Chengdu Shuangliu International Airport in the provincial capital of Chengdu was forced to close down for over an hour on Monday afternoon.