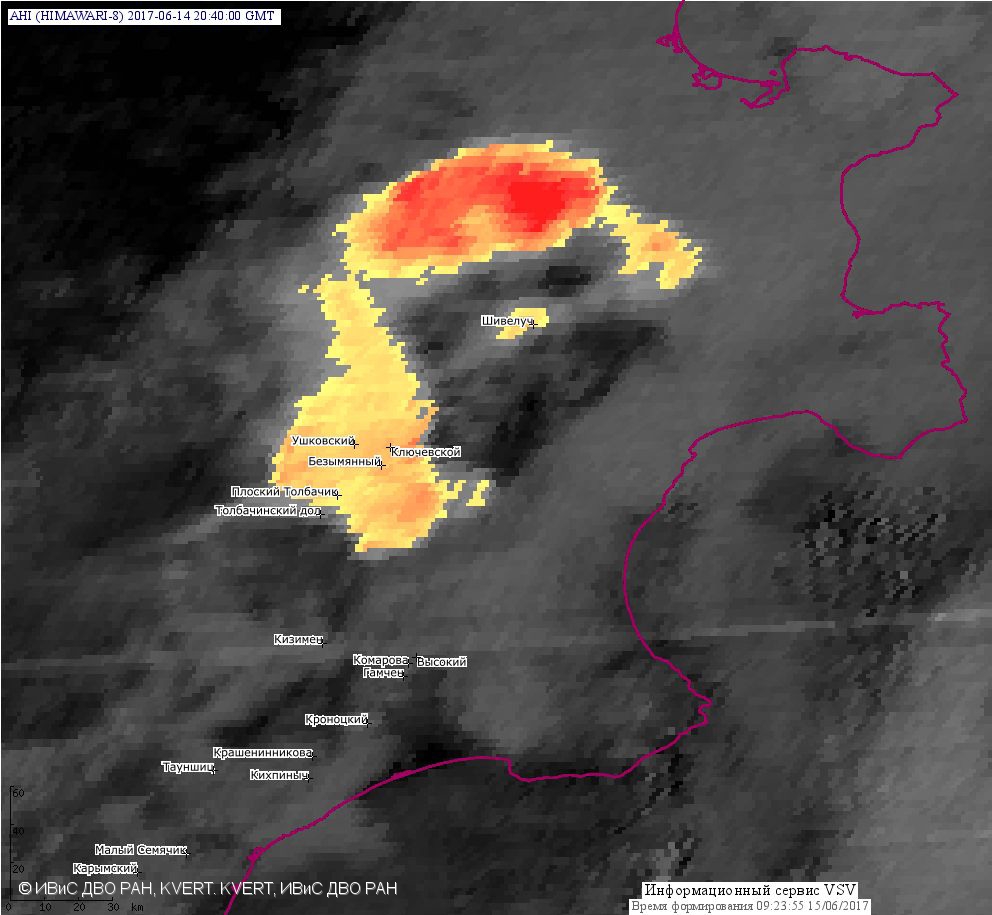 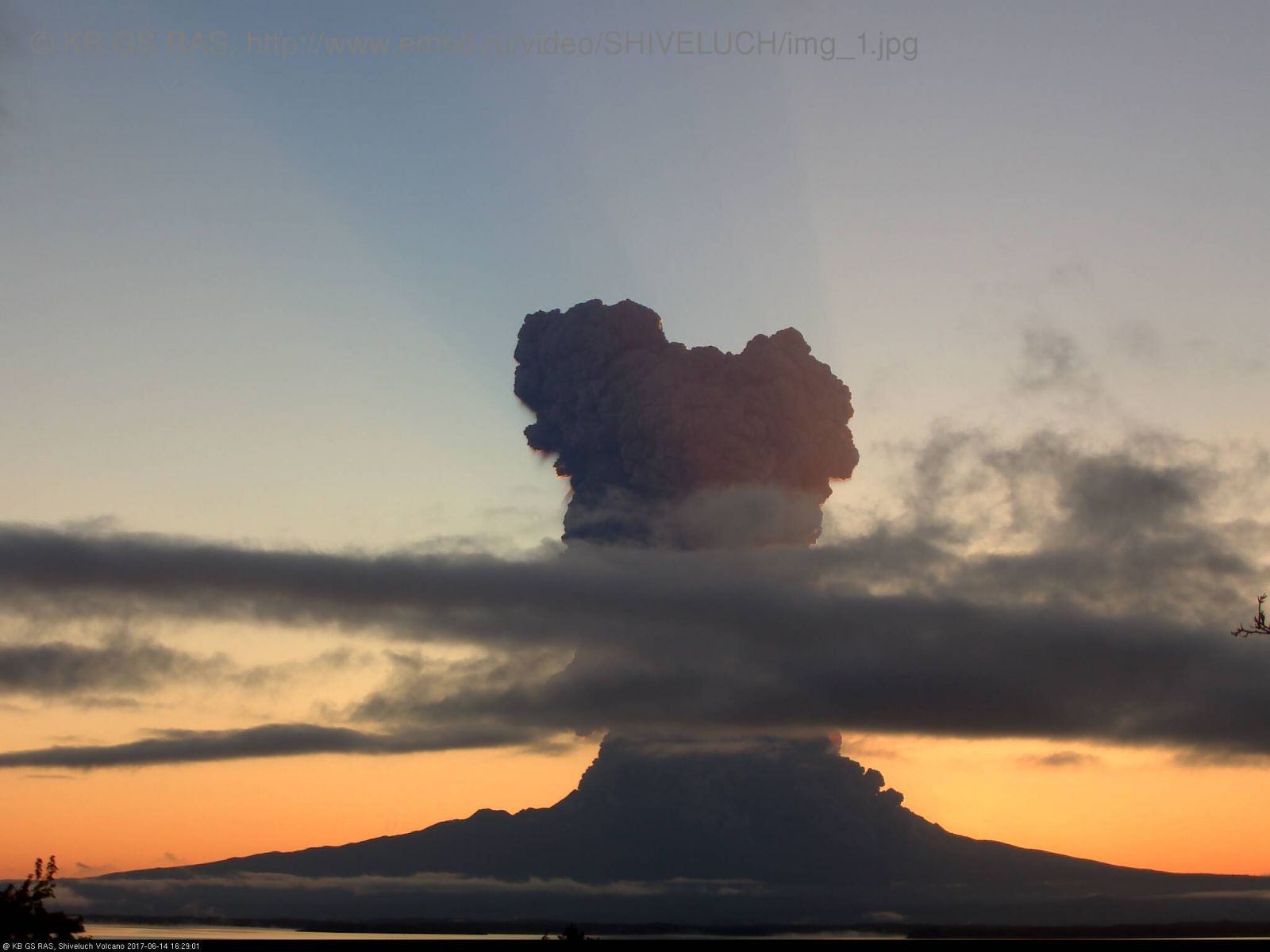 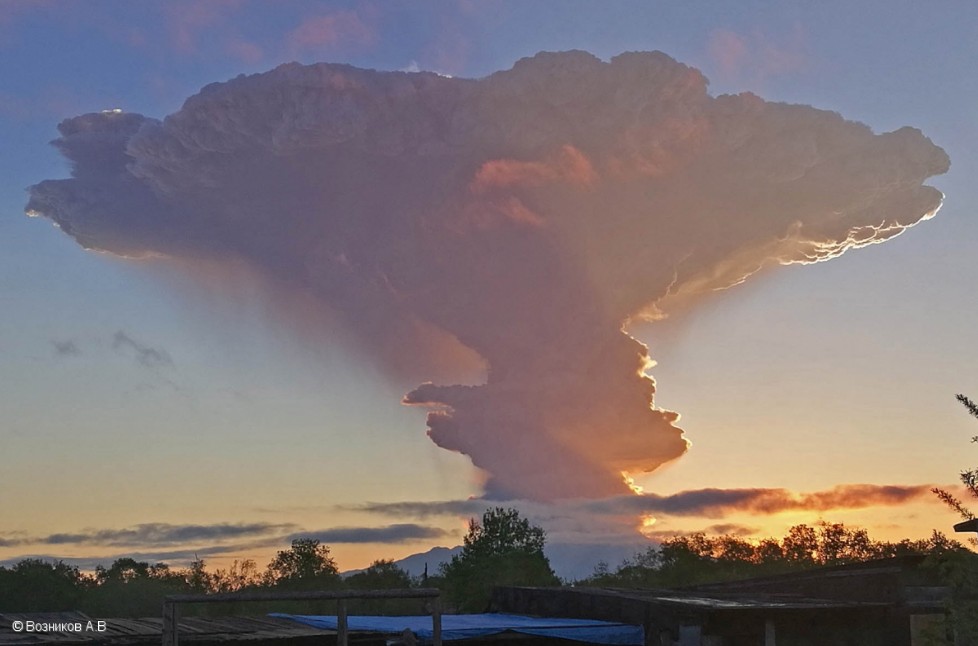 At 06:56 UTC on June 14, KVERT said that explosive-extrusive eruption of the volcano continues and warned that ash explosions up to 10 – 15 km (32 800 – 49 200 feet) above sea could occur at any time. Ongoing activity could affect international and low-flying aircraft.

Taking into account the wind direction of ash plume, the city of Klyuchi, located at a distance of 50 km (31 miles) S of the volcano, is expected to be most exposed to dangerous ashfall, EMERCOM said.

"The population was notified by the stationary loudspeakers and were given advice on how to behave during the ashfall," it said, adding that the community has a sufficient number of respirators.

Residents of the districts of Ust-Kamchatsky, located about 85 km (53 miles) SSE of the volcano, and Milkovsky, about 240 km (150 miles) S, were recommended not to go out if they notice ashfall.

Furthermore, the General Directorate of EMERCOM of Russia for Kamchatka region warned the population that inhalation of ash is dangerous and can cause allergic reactions: