Heavy monsoon rains are affecting the Indian state of Mizoram since Monday, June 12, 2017, causing landslides and severe flash floods that washed away more than 350 houses and claimed lives of at least 10 people by Tuesday afternoon, June 13. Authorities say the number of casualties is likely to increase and that damage in some areas is so extensive that even a rough estimate is difficult.

The India Meteorological Department said that the southwest monsoon, which entered the region on Monday was already vigorous over Nagaland, Manipur, Mizoram and Tripura, active over Assam and Meghalaya and normal over Arunachal Pradesh. Heavy rains across the states are expected until Friday.

IndiaToday reports that Tlawng river is under its largest recorded flooding in the last 50 years. Damage due to flooding, landslides and mudslides across several districts it runs through is so extensive that even a rough estimate is difficult, officials said.

At least 350 houses have been damaged in Tlabung, on the border with Bangladesh, since Monday evening, with local authorities confirming the death of ten persons so far. The number of casualties is likely to increase, an official from Aizawl told The Indian Express.

Aizawl town is severely effected by the heavy rains, buildings and highways damaged due to landslides,need urgent attention. pic.twitter.com/ylMWVTnl0A

In the neighboring Bangladesh, heavy rains and landslides claimed lives of more than 100 people since Monday. 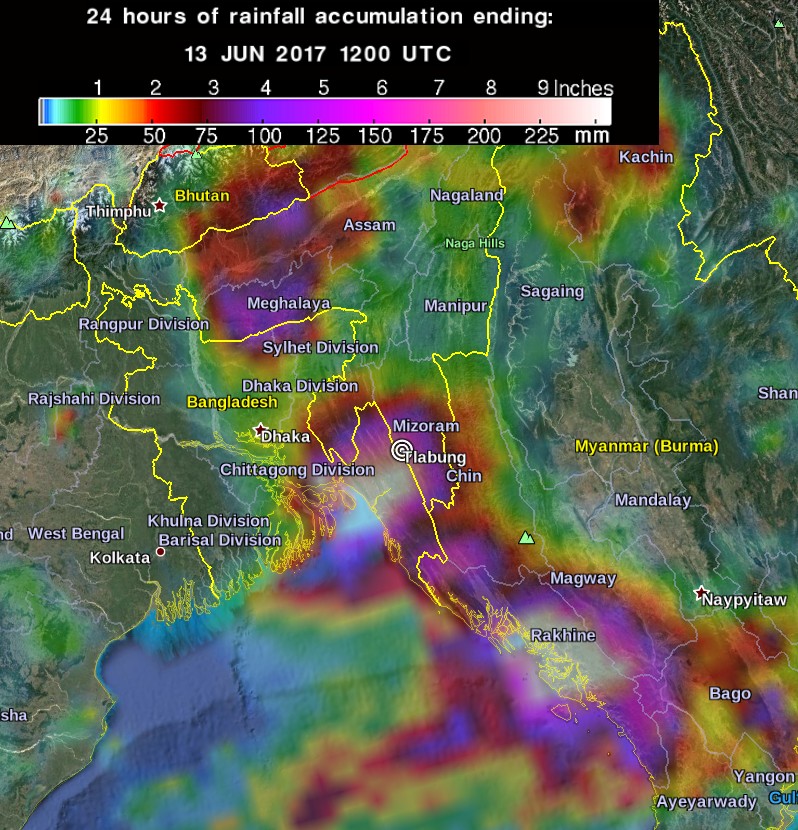 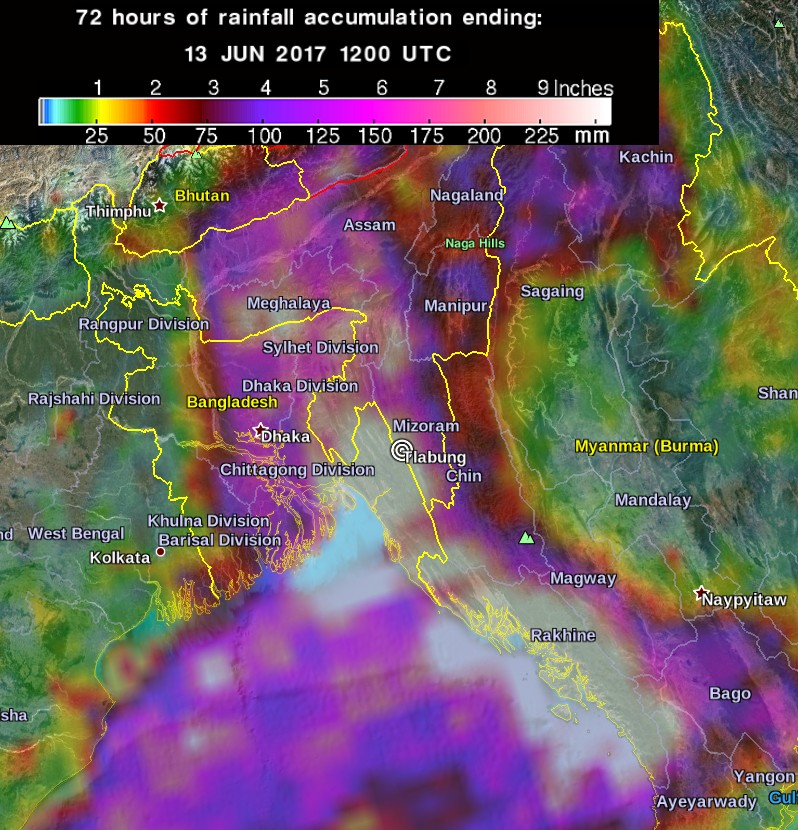 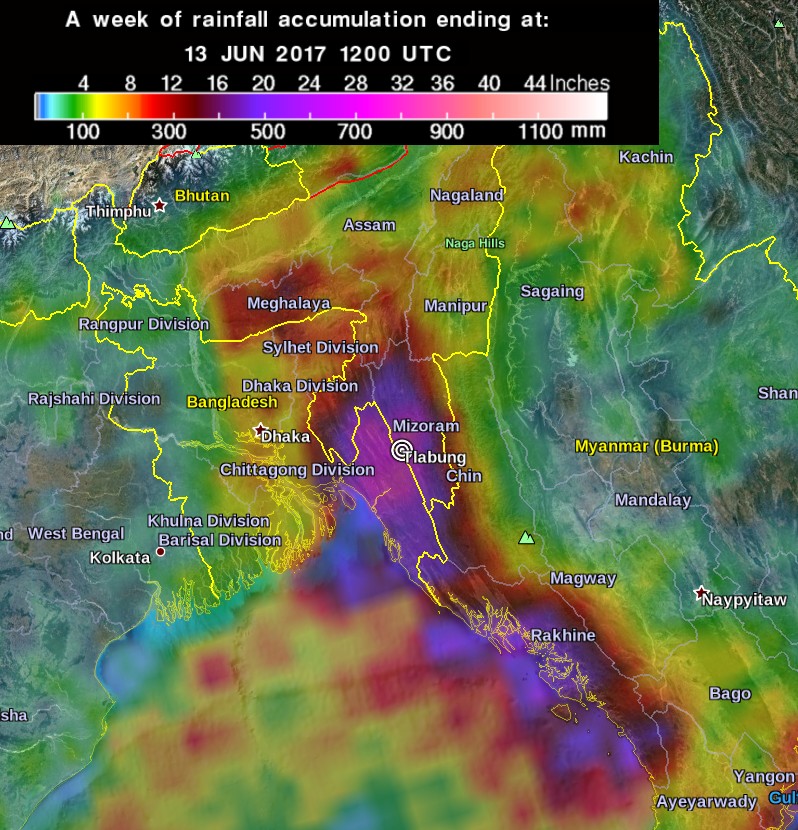