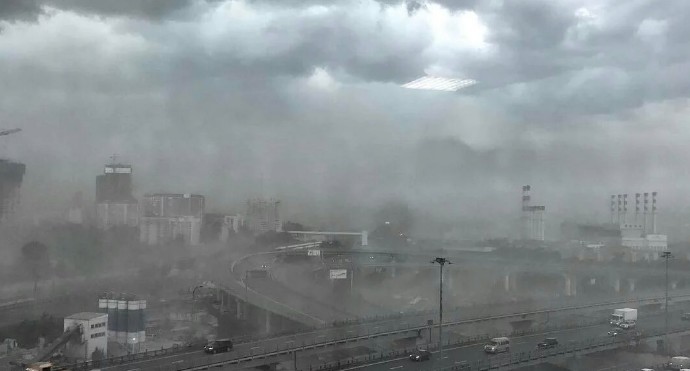 A violent thunderstorm swept through Russian capital Moscow on Monday, May 29, 2017, claiming lives of at least 16 people and injuring at least 168. It was the deadliest thunderstorm to hit Moscow since records began more than 100 years ago.

The Russian Investigative Committee said early Tuesday, May 30, that a total of 16 people have been killed in Moscow and Moscow Region as a result of a violent thunderstorm that hit the Russian capital on Monday.

"At the moment it is established that a total of 14 people have died as a result of hurricane winds in Moscow and Moscow Region on May 29: 11 in Moscow and three in Moscow Region," committee spokeswoman Svetlana Petrenko said, as reported by Sputnik. Later, the Moscow Region governor said that the death toll had climbed to five.

Alexei Khripun, head of Moscow’s department of health, said a total of 168 people had sought medical assistance and 146 people were hospitalized. "Now, 108 people, including 22 children, remain in hospitals and eight of them are in a serious condition. Most victims have bruises, cut wounds, fractures, head and spine injuries," he said.

According to early Tuesday report by Russian News Agency TASS, the storm wreaked havoc as it tore through Moscow, affecting transport in 20 streets and delaying more than 50 flights at airports. Hurricane-force winds downed about 3 500 trees and damaged roofs of more than 140 high-rise buildings and administrative buildings, and over 1 500 cars.

In the Moscow Region, the thunderstorm downed over 3 000 trees and damaged roofs of 42 houses and maternity clinics, and 322 cars. The storm also left a 44-meter (144 feet) pyramid built by engineer Alexander Golod in 1999, some 20 km (12.4 miles) to the west of the capital, completely in ruins.

TASS reported that the violent storm sent several tall pine trees crashing down on Gorki, the residence of Russian Prime Minister Dmitry Medvedev who hosted a cabinet meeting earlier on Monday. The storm also damaged the roof of the Russian Interior Ministry’s headquarters in central Moscow.

Roman Vilfand, the head of the Russian Hydrometeorological Center, told TASS that the wind force in Moscow had reached 28 meters per second  (100 km/h / 62 mph) during the peak of the thunderstorm. Such strong winds were described by meteorologists as extremely rare for the city.

This was the deadliest thunderstorm to hit Russian capital Moscow in more than 100 years. A similar storm in 1998 killed 9 people and injured 165. The total damage to the state amounted to 1 billion rubles.