Tropical Cyclone "Mora" (02B) formed in the Bay of Bengal on May 28, 2017, and is now intensifying on its way toward Bangladesh. The cyclone is expected to make landfall near Chittagong after midnight UTC on May 30 with wind speeds near 120 km/h (75 mph), dangerous storm surge and very heavy rainfall. This is the second named storm of the 2017 North Indian Ocean tropical cyclone season.

A low pressure area formed in the southeast Bay of Bengal on May 26 under the influence of a persistent area of convection and rapidly intensified. Late May 28 (UTC), IMD classified it as Cyclonic Storm "Mora." Under the influence of the precursor low of Mora, it strengthened the arrival of monsoon which caused heavy disaster in Sri Lanka and Andaman islands with at least 180 fatalities.

According to satellite imagery, Mora's maximum surface sustained winds were about 83 km/h (52 mph) with gusts to 102 km/h (63 mph). The estimated central pressure was about 992 hPa. 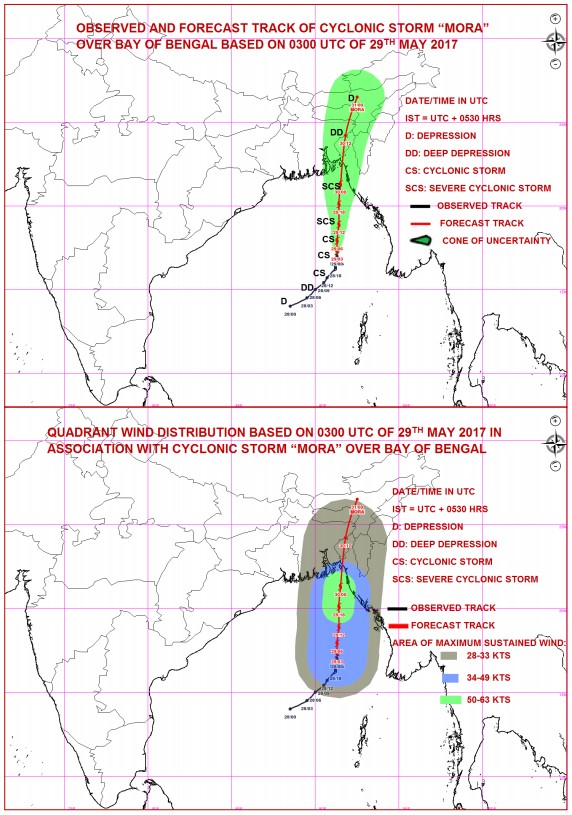 The system is likely to intensify further into a Severe Cyclonic Storm during the next 12 hours, the center said. It is very likely to move north-northeastwards and cross Bangladesh coast near Chittagong on May 30 (morning, local time).

A storm surge of about 1 to 1.5 meter (3.3 – 5 feet) above astronomical tide is likely to inundate low-lying areas of Bangladesh coast between Sitakund and Uttar Jari at the time of landfall. 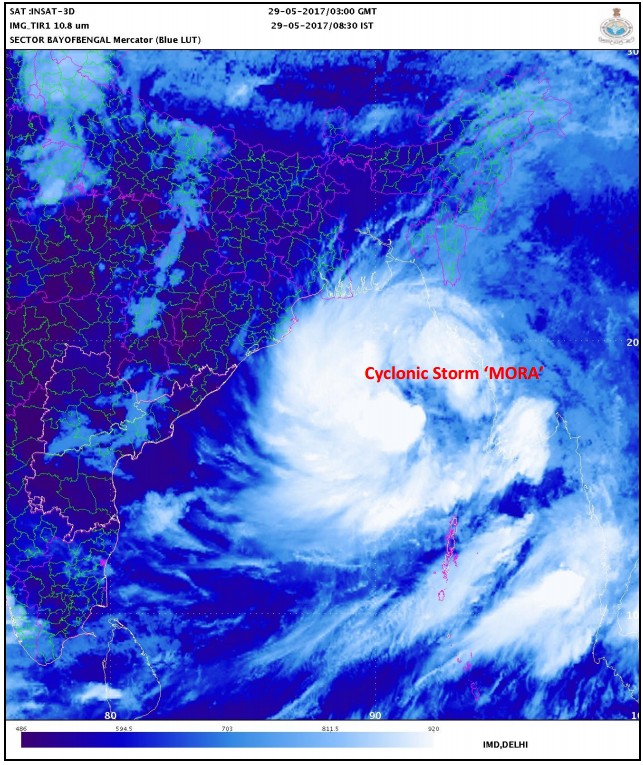 "With westerly winds are also strengthening and likely northward shift of the shear zone, Southwest Monsoon will make onset over Kerala and parts of northeastern states during the next 24 – 48 hours," they added.