Extreme rainfall has caused severe flooding and deadly landslides in the northeastern and southern Brazil over the weekend, claiming the lives of at least 8 people and forcing more than 30 000 to evacuate.

Authorities said that swollen rivers, mudslides, and falling trees in the state of Pernambuco forced the evacuation of at least 30 000 residents and killed four people. Four people died and another 3 000 families were evacuated in the neighboring Alagoas. Both states declared states of emergency.

According to De Olho No Tempo Meteorologia, large amounts of rain flooded 70% of Barra de Gabiraba. The Pampas River in Belem de Maria overflowed and flooded much of the city, leaving the population homeless or displaced. In Caruaru, a vehicle was dragged by a stream that overflowed, killing one person. In the same municipality, a man was dragged by the flood waters in the locality of Sitio Lagoa da Pedra. Two people died after a hill collapsed and destroyed the house where the couple slept.

After six years of being practically dry, the Jazigo dam in Serra Talhada re-accumulated water and reached maximum capacity before the day's end. 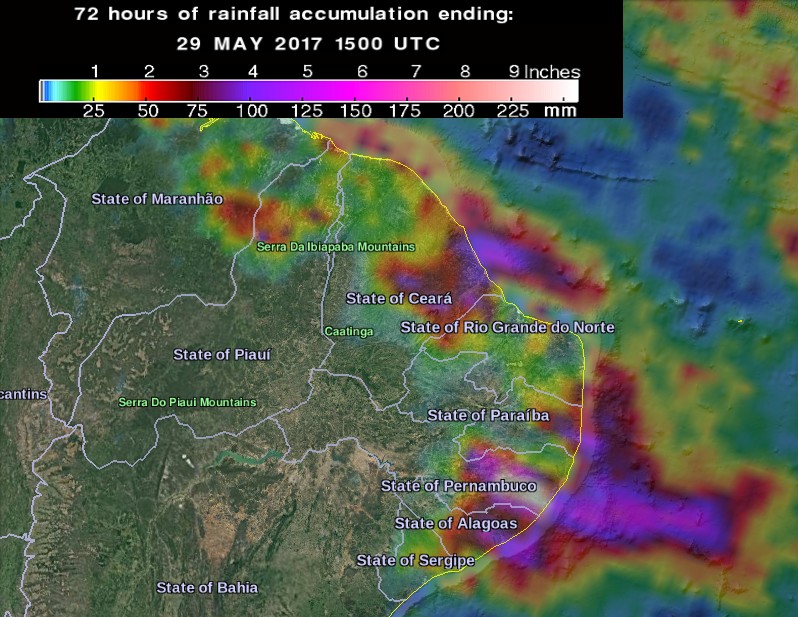 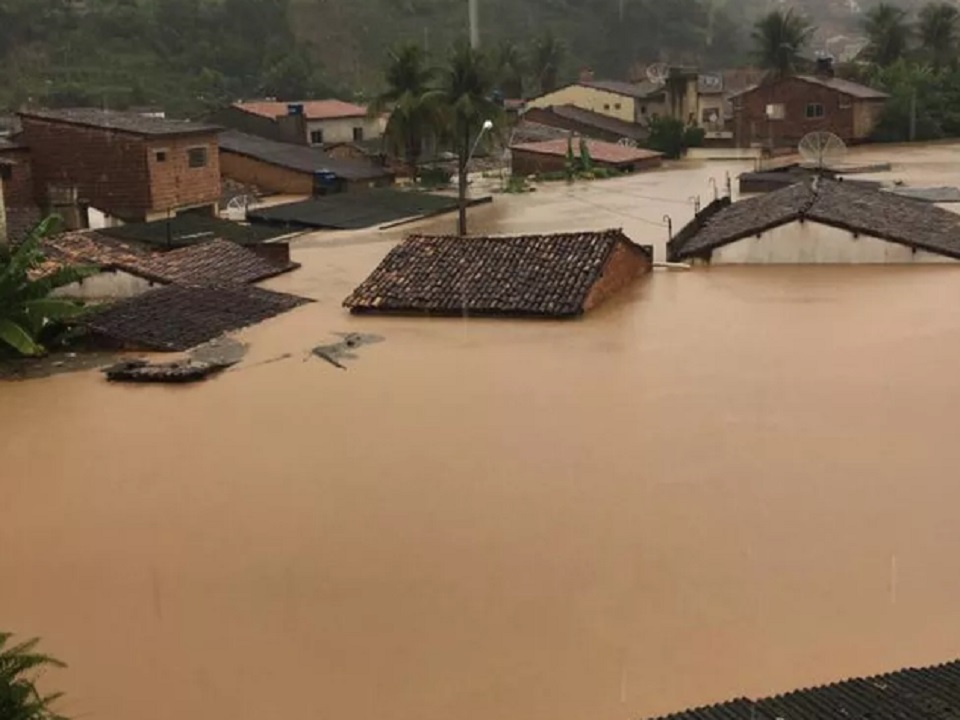 Floods in Pernambuco, Brazil on May 28, 2017. Credit: Brazil Civil Defence via De Olho No Tempo Meteorologia

In the municipality of Marechal Deodoro, in the metropolitan area, a landslide left four dead and at least 33 injured, according to information provided by the Fire Department, Civil Defense and the City Hall. 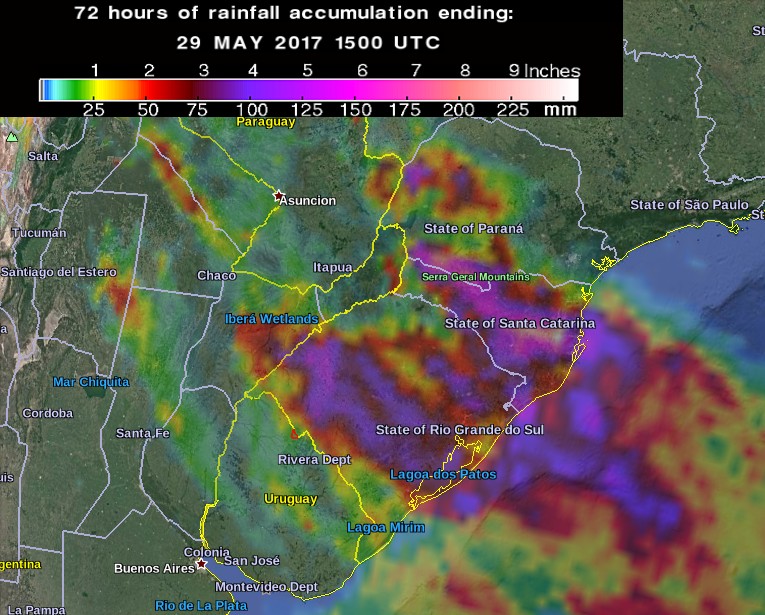 In Rio Grande do Sul, at least 48 municipalities reported some type of damage due to a large amount of rainfall. Several rivers overflowed, leaving families homeless or displaced. Large hail and strong winds were also reported.

In Santa Catarina, more than 20 municipalities reported some type of damage associated with severe weather (rain, hail, and wind). 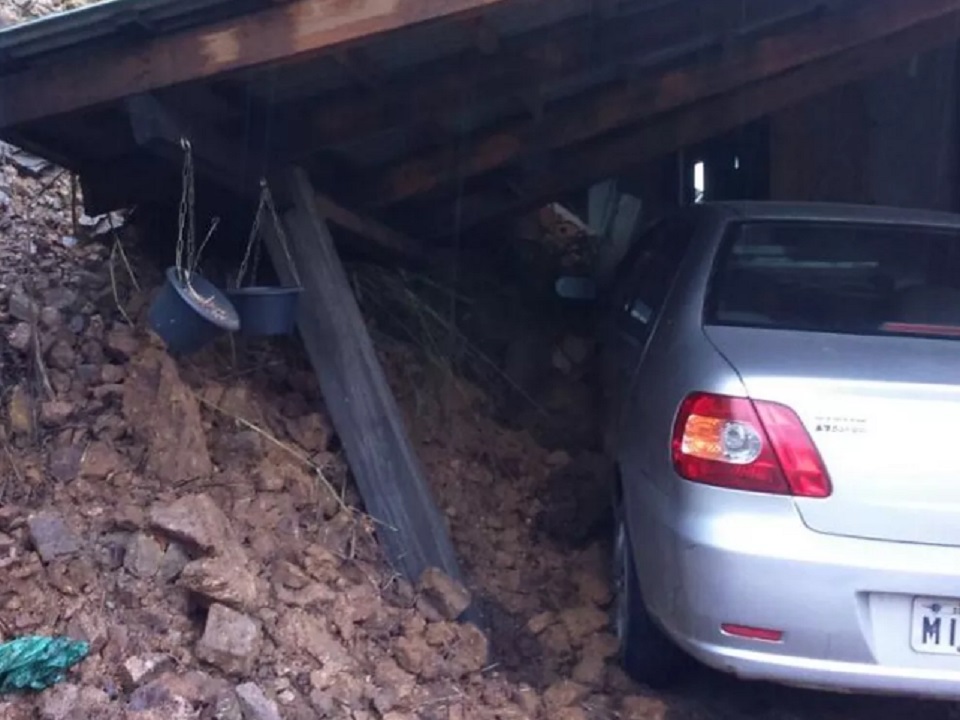 More heavy rain is expected across the country in the days ahead, especially in southern and northwestern regions: