The Alaska Volcano Observatory (AVO) reported a powerful explosive eruption started at Bogoslof volcano at 22:16 UTC on May 28 and lasted about 50 minutes. "Satellite images and pilot reports indicate that the cloud reached at least 10.7 km (35 000 feet), and possibly as high as 13.7 km (45 000 feet) above sea level."

"An observer on Unalaska Island reported seeing a large white-gray mushroom cloud form over Bogoslof, with ash fall out to the west. Winds in the area are currently to the northwest," AVO added.

At 05:09 UTC, AVO said that no further eruptions have occurred at the volcano and that seismicity remains low. It, therefore, lowered the Aviation Color Code to Orange and Alert Level to Watch.

The volcano remains at a heightened state of unrest and in an unpredictable condition. Additional explosions producing high-altitude volcanic clouds could occur at any time.

"Low-level explosive activity that is below our ability to detect in our data sources may be occurring. These low-level explosions could pose a hazard in the immediate vicinity of the volcano," the Observatory warns. 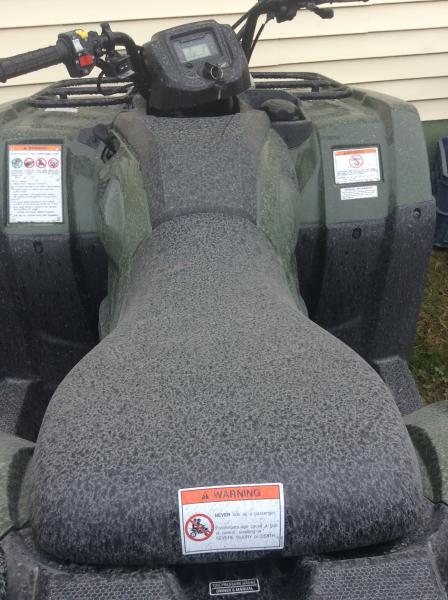 Trace ashfall in the community of Nikolski from the eruption of Bogoslof volcano on May 17, 2017. Photo courtesy of Lilly Stamm.