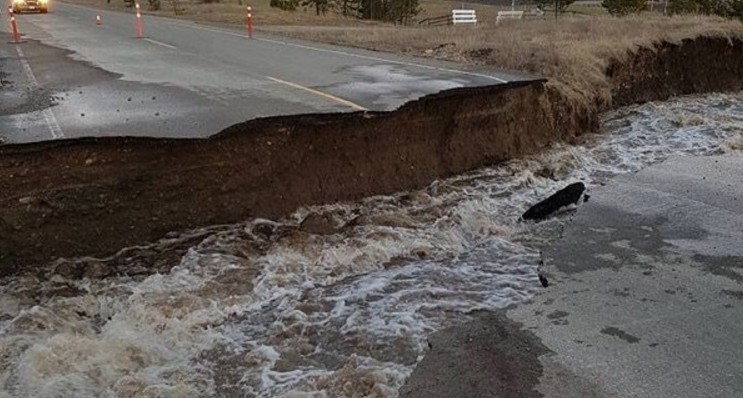 Heavy rain combined with warm temperatures caused severe flooding and mudslides throughout British Columbia's Interior over the weekend. Two people are missing and more than 300 have been evacuated.

Environment Canada posted severe thunderstorm watches for huge swaths of the province's central and southern Interior on Friday, May 5, where snowmelt and thunderstorms were already causing raging floods. New rain added to significant streamflow across British Columbia, authorities said. Localized flooding was reported from the Kettle River, the Granby River and Boundary Creek in the Boundary Region of southern British Columbia.

States of emergency were declared in Kelowna, West Kelowna, the Fintry Delta and Lumby on Saturday, May 7 and evacuation orders issued for around 100 homes in Kelowna and 90 in Fintry. The Regional District of Central Okanagan estimates that 300 people have evacuated their homes.

At least two people are still missing and are presumed dead. A fire chief was swept away by a swollen waterway in Cache Creek near Kamloops on May 6. As of May 8, the search continues as a recovery effort, Royal Canadian Mounted Police said. In another incident, a mudslide near Salmon Arm completely buried the home of an elderly man on Saturday morning, May 7, and emergency teams are still carrying out search operations. 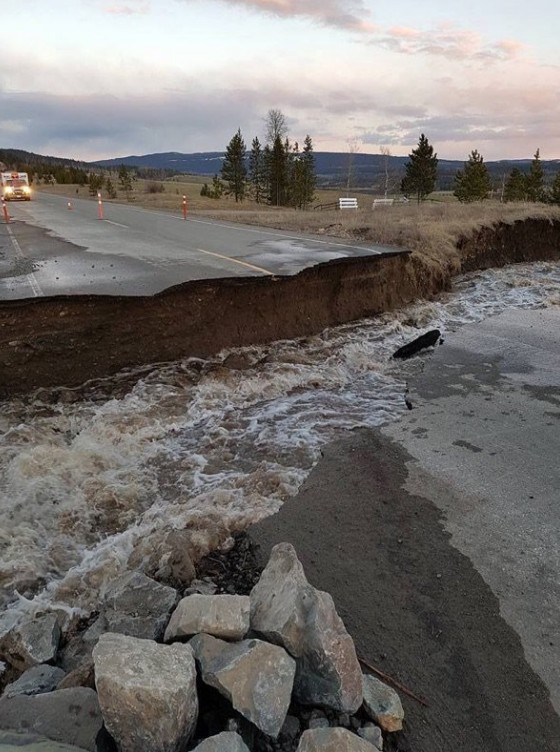 Highway 97D near Logan Lake closed in both lanes. Credit: Drive BC 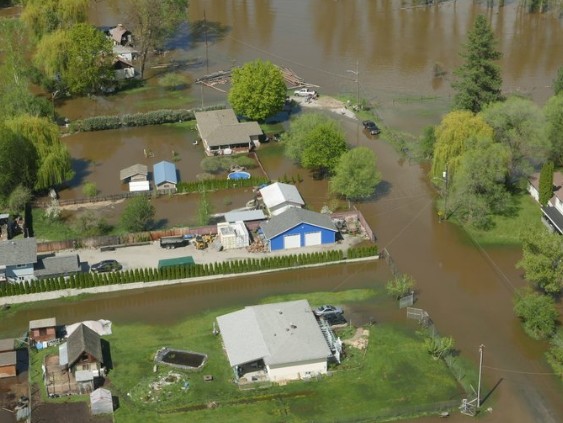 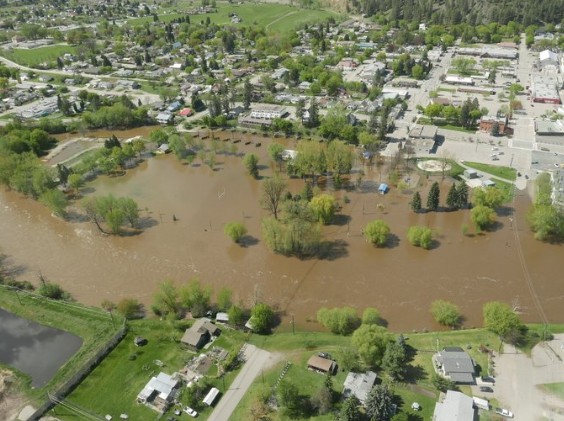 The worst may be over now as water levels recede through western parts of affected areas, including the south and central Okanagan and the Kootenay region, B.C.'s River Forecast Centre said Sunday. Waters appeared to have peaked and remain high in Salmon Creek, Shuswap, Boundary and Southeast B.C., the center added.

As of Sunday afternoon, a flood watch remained in place for Salmon Creek west of Prince George, and there was no change in a high streamflow advisory for the province's southeast.