Tropical Cyclone "Ernie" has rapidly intensified from a tropical storm to Category 5 tropical cyclone on the Australian tropical cyclone wind scale within just 24 hours. High clouds are streaming over Australia, but there is no threat to the land as Ernie is located over open waters, northwest of Western Australia and moving away from the coast.

At 12:00 UTC on April 7, 2017, Severe Tropical Cyclone "Ernie" (Category 5) had maximum sustained winds near the center of 205 km/h (127 mph) with gusts to 285 km/h (177 mph). This placed Ernie on the upper edge of Category 3 system on the Saffir-Simpson Hurricane Wind Scale and made it the 3rd major hurricane of the 2016/17 Southern hemisphere tropical cyclone season. 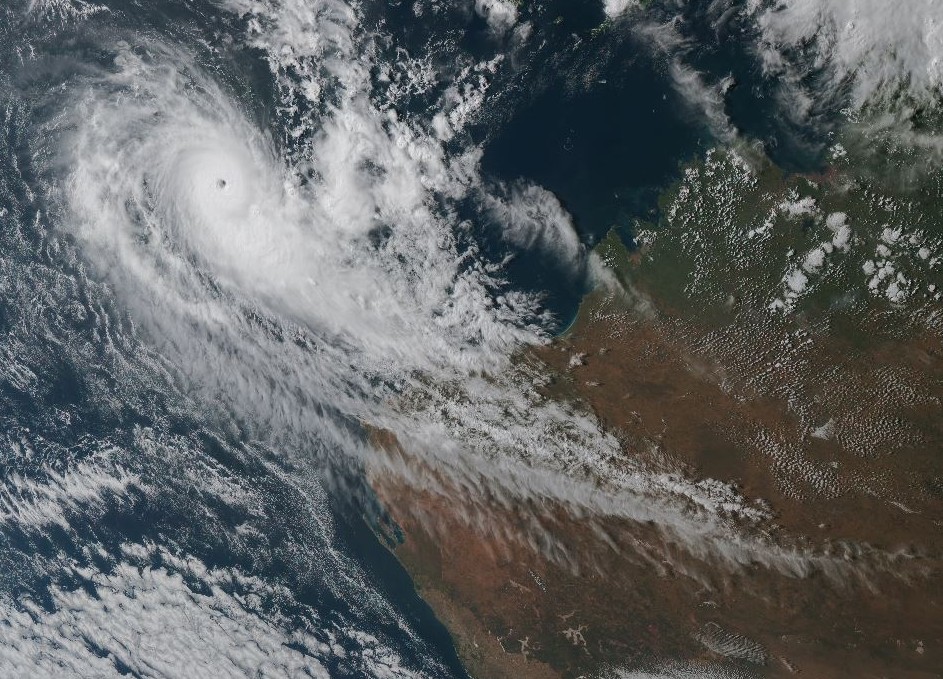 Sea surface temperatures between 29 and 30 °C (84.2 – 86 °F) and favorable ocean heat will provide fuel for the system to continue intensifying over the next 12 to 24 hours as it slowly tracks toward the south and then the west-southwest.

Whoa Cyclone #Ernie was named only yesterday & now has a U.S. Category 4 look on satellite- that's one extremely rapid intensification!pic.twitter.com/X6ELRgKMw7

As a mid level ridge develops later on Saturday and begins influencing the steering, the presence of dry air and increasing shear should cause the system to weaken, however, gales may persist in southern quadrants due to the pressure gradient associated with a ridge of high pressure to the south.

Gales are not expected on Christmas Island or the Western Australia mainland, BOM said. 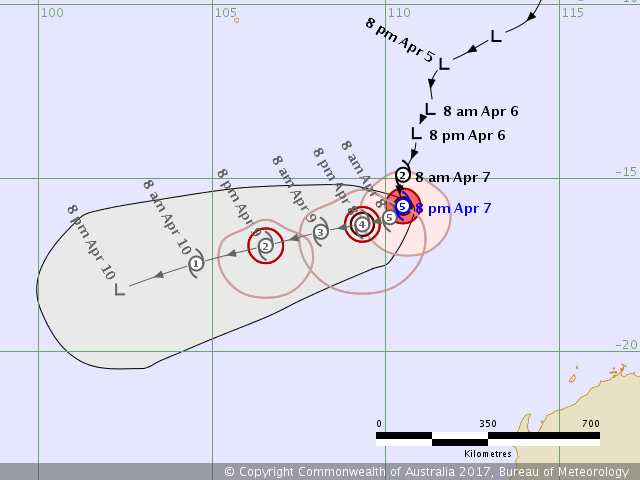