A very large blue fireball illuminated the sky over Sweden around 20:30 UTC (21:30 CET) on March 20, 2017. The event was so powerful that the whole sky lit up, Swedish All Sky Meteor Network astronomers said.

Images of the event immediately started appearing on social networks, with people from the cities of Stockholm, Uppsala and Örebro all reported seeing the event. Reports from eastern Uppland mention sonic boom associated with the event.

"This is something that happens a few times a year," Eric Stempels of the Swedish Allsky Meteor Network project told The Local.

"Because it can happen during the day, when it is cloudy or far from populated areas, these events usually don't get much attention," he said, adding that this one fell in the north-eastern Uppland region. 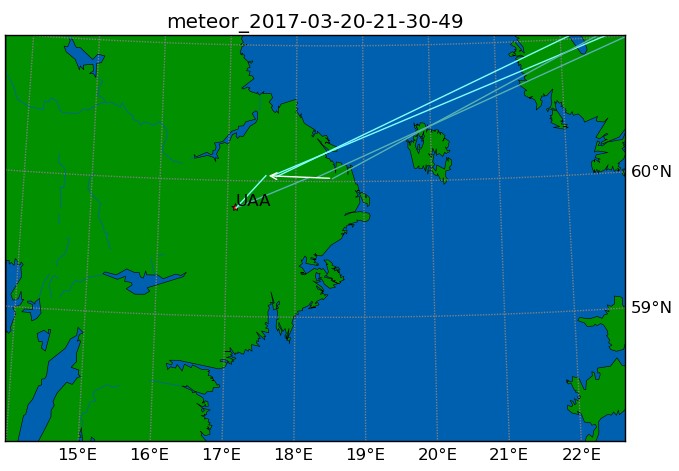 Trajectory of a fireball over Sweden on March 20, 2017. Credit: Swedish Allsky Meteor Network

Experts believe that this particular bolide may have been unusually large and Stempels estimated that it is possible it was between the size of a fist and a football.

Several cameras from the Finnish Meteor Network have also registered the event. 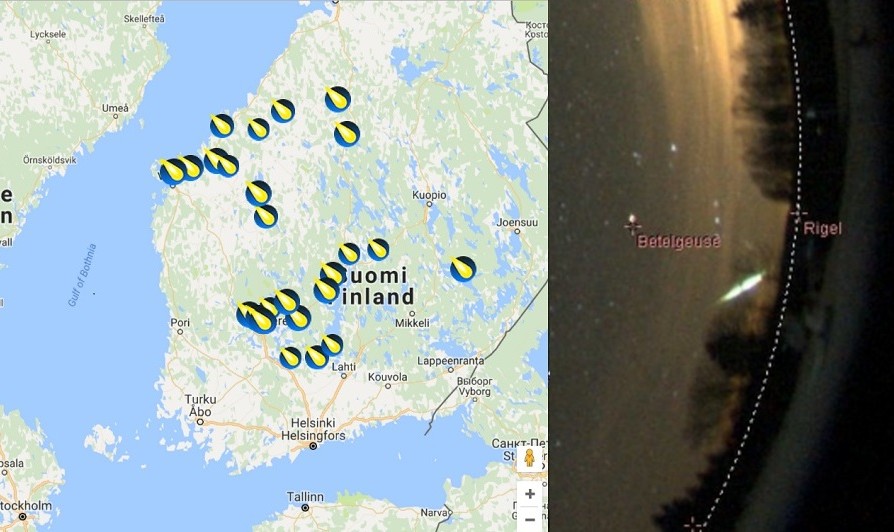 "By combining Finnish observations with the Swedish reports, it is clear that it was a space rock that burned up in the atmosphere. It came from the east and was moving almost due west of northeastern Uppland. The bolide first appeared at an altitude of about 90 km (60 miles), and stopped shining at an altitude of about 35 km (21.7 miles)," Swedish AllSky Meteor Network astronomers explained.

"It was truly a wonderful sight," Mikko Suominen of the Finish Meteor Network said.