Heavy rainfall over the past couple of days has caused flooding in several regions of Peru, forcing the government to deploy army personnel to help rescue people.

The worst affected was Lambayeque, northern Peru where the Peruvian Army deployed a helicopter on March 15 to help rescue people trapped by floodwaters. More than 400 people were rescued from rural villages in Jayanca, Illimo and Pacora, the government said.

The video below shows flooding in southern Peru on March 15:

After a period of near drought conditions, emergencies due to heavy rains, floods and landslides have been occurring in northern regions of Peru since January 31, 2017.

On February 6, the government said at least 22 people died in recent floods and landslides. 1 105 houses were destroyed, 54 schools and 47 health centers damaged, and 215 km (133 miles) of roads severely affected.

Nationwide, more than 170 000 people have been affected by floods and landslides by February 7. Of those, 85 000 were in Lambayeque, the worst affected. 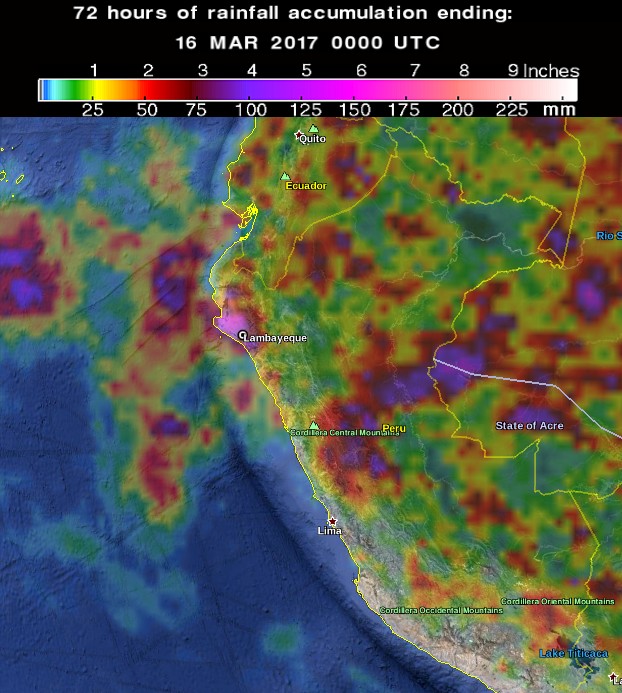 Since the start of the rain season in November, at least 48 people were killed throughout the country.

Peru's rainy season lasts from November to April. The wettest months are January through April.