A powerful eruption took place at Bezymianny volcano, Kamchatka, Russia around 03:00 UTC on March 9, 2017. The Aviation Color Code was first raised to Orange, then to Red.

Strong ash explosions up to 15 km (49 200 feet) a.s.l. could occur at any time. Ongoing activity could affect international and low-flying aircraft. 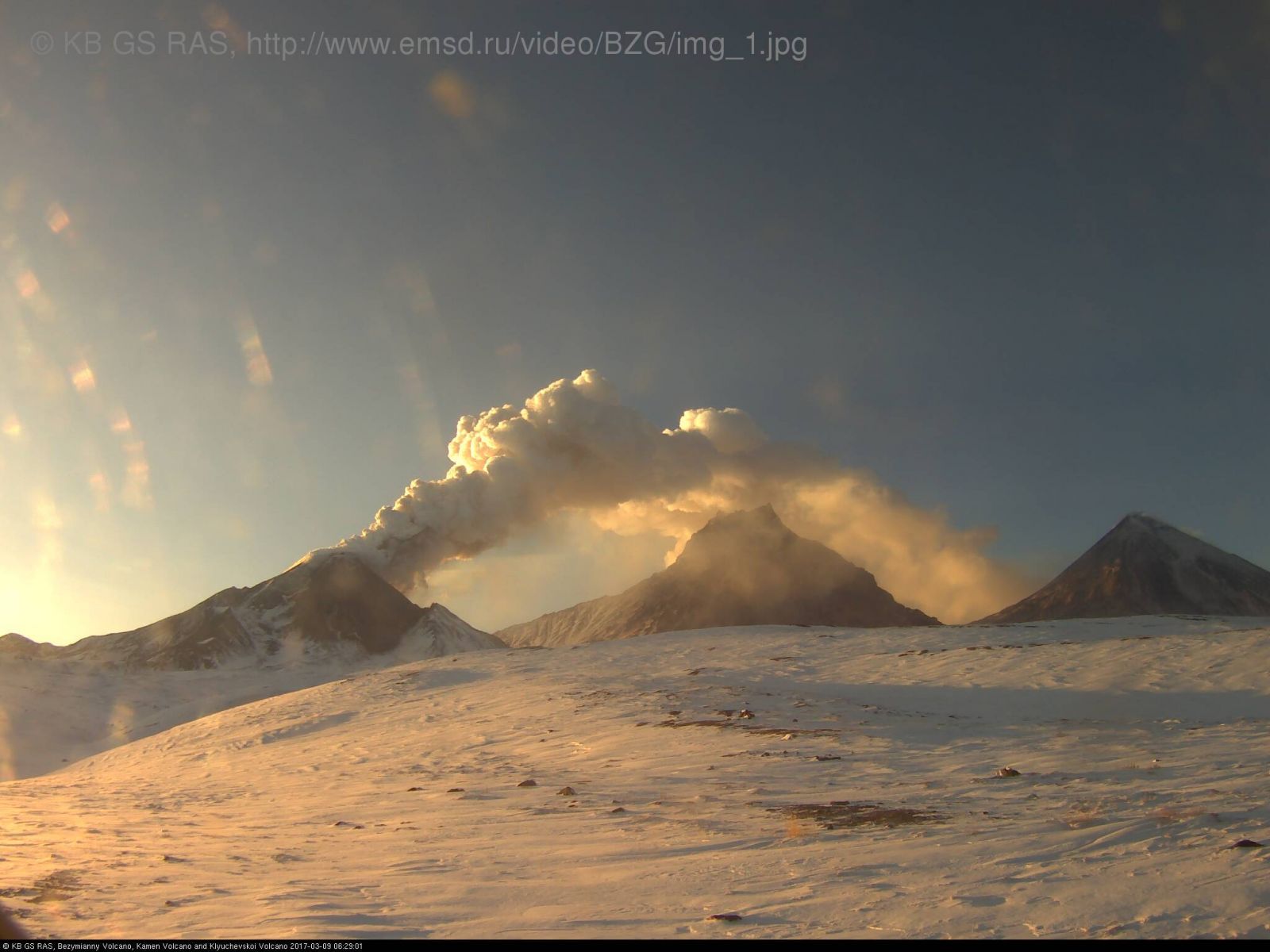 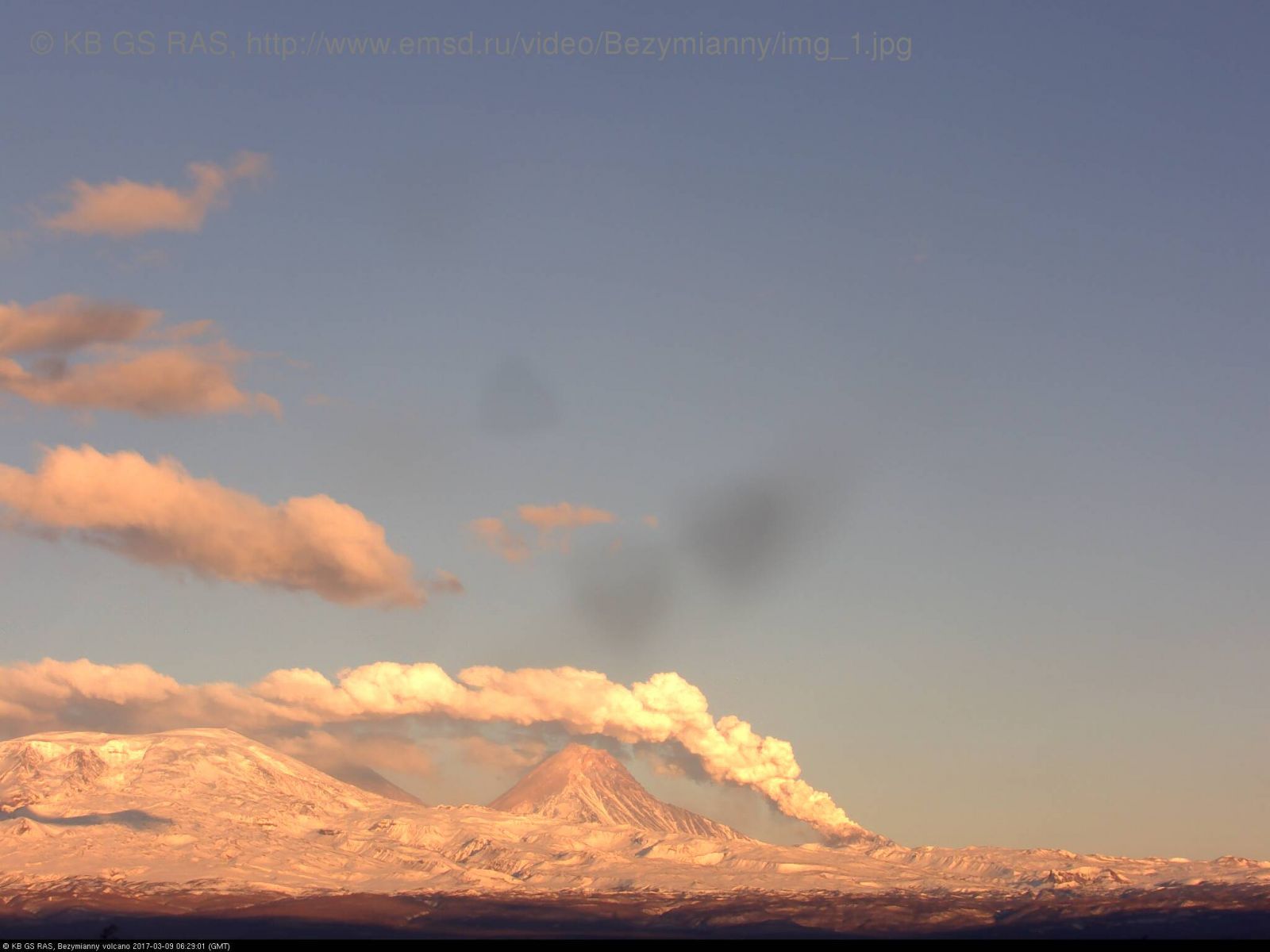 Based on KB GS RAS (Kamchatka Branch of Geophysical Services, Russian Academy of Sciences) data, KVERT noted that seismicity at Bezymianny began to increase on November 18, 2016. The temperature of a thermal anomaly detected in satellite images increased on December 5, and then significantly increased on December 13, which was likely caused by lava-dome extrusion. The Aviation Color Code was raised to Orange.

Prior to its noted 1955-56 eruption, Bezymianny had been considered extinct. The modern volcano, much smaller in size than its massive neighbors Kamen and Kliuchevskoi, was formed about 4700 years ago over a late-Pleistocene lava-dome complex and an ancestral edifice built about 11,000-7000 years ago. Three periods of intensified activity have occurred during the past 3000 years.

The latest period, which was preceded by a 1000-year quiescence, began with the dramatic 1955-56 eruption. This eruption, similar to that of St. Helens in 1980, produced a large horseshoe-shaped crater that was formed by collapse of the summit and an associated lateral blast. Subsequent episodic but ongoing lava-dome growth, accompanied by intermittent explosive activity and pyroclastic flows, has largely filled the 1956 crater. (GVP)