Intense Tropical Cyclone "Enawo" made landfall between Sambava and Antalaha, Madagascar on March 7, 2017, as Category 4 hurricane equivalent on the Saffir-Simpson scale. It is the most powerful tropical cyclone to hit Madagascar since Gafilo in March 2004 and the third strongest on record to strike the island. Enawo is predicted to affect approximately 1.4 million people. Another tropical cyclone is brewing to the east of the country and will likely be named over the next 24 hours.

Category 4 hurricane can have the following effects: Well-built framed homes can sustain severe damage with loss of most of the roof structure and/or some exterior walls. Most trees will be snapped or uprooted and power poles downed. Fallen trees and power poles will isolate residential areas. Power outages will last weeks to possibly months. Most of the area will be uninhabitable for weeks or months.

"Northern Madagascar will experience damaging winds and heavy rainfall into Wednesday," AccuWeather Senior Meteorologist Jason Nichol said. Even though significant weakening is expected as the cyclone moves farther inland, the provinces of Antsiranana and Toamasina will remain at risk for life-threatening flooding rain and destructive wind gusts in excess of 160 km/h (100 mph) into Wednesday. 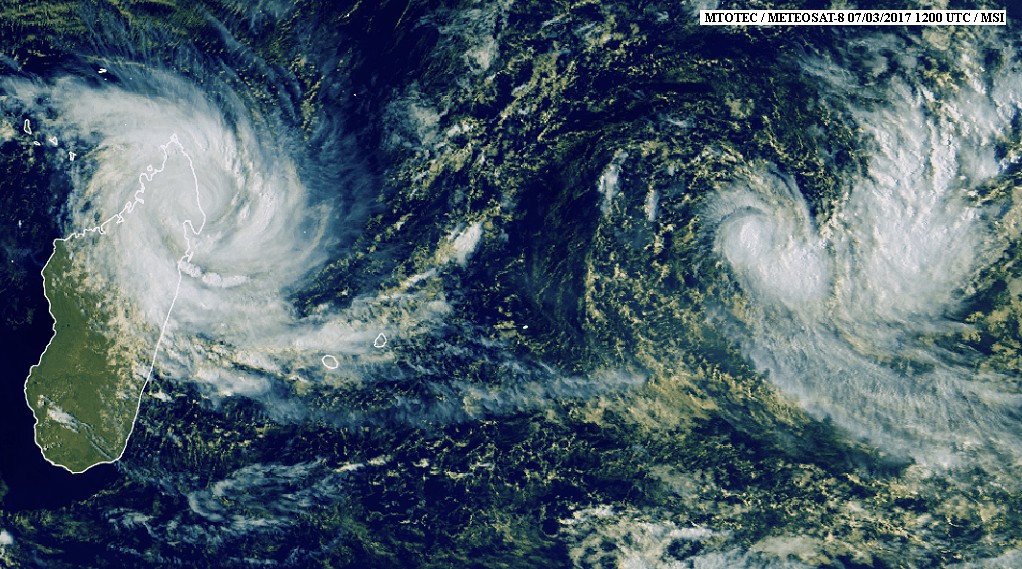 Since 1983, Madagascar has been struck by 12 major tropical cyclones. The deadliest was Tropical Cyclone "Gafilo" on March 7, 2004. Gafilo was also a Category 4 storm with 241 km/h (150 mph) winds and was responsible for deaths of 363 people.

According to Weather Underground meteorologist Jeff Masters, Enawo is the strongest tropical cyclone in the Southern Hemisphere so far in the 2016 – 2017 season, and the first one to exceed Category 1 strength. "It has been an unusually quiet tropical cyclone season in the Southern Hemisphere this year, as we discussed in detail in a February 28 post," he noted and added:

"Of most concern are the rains from Enawo, as it is an unusually large and wet storm. The amount of water vapor detected by satellite is near the very high end of what is observed in tropical cyclones—precipitable water values up to 3.0 inches. Recent runs of the HWRF model predict extreme rainfall amounts falling on heavily populated regions of Madagascar, and Enawo has the potential to be a top-three most damaging storm in the island’s history.

Enawo will decay rapidly as it takes a track directly down the length of Madagascar, exposing the entire island to flooding rains. However, the disaster could have been worse—more than half of the rivers in Madagascar have dried up or are flowing at less than 5 percent of their average streamflow, thanks to a two-year El Niño-linked drought. Enawo’s rains will help break the drought, which has caused large-scale crop failures and put over half a million people into acute food insecurity." 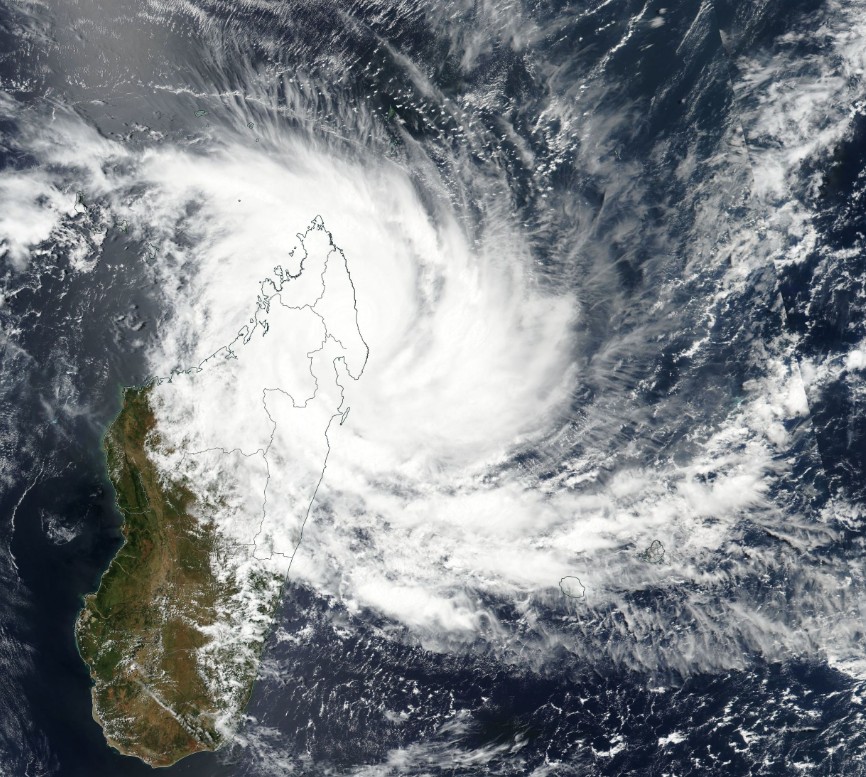 The Madagascar Meteorological Service has placed the following regions under alert:

Meanwhile, another tropical cyclone is expected to develop in the southern Indian Ocean within the next 12 to 24 hours. Global models show the system tracking generally westward while continuing to consolidate.

It is still too early to be sure, but this one might affect or hit Madagascar by March 14 or 15.