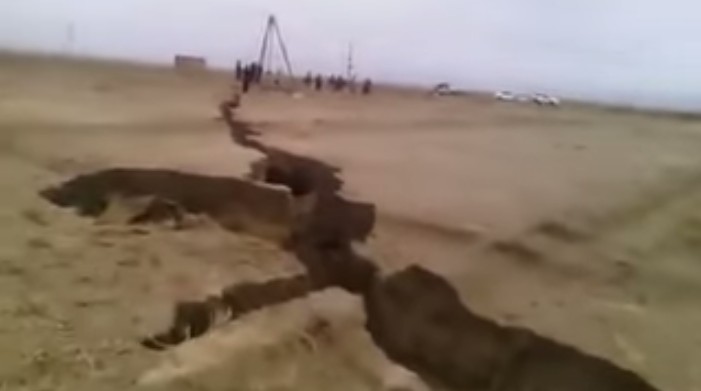 Another large earth fissure appears to have formed after recent heavy rain in Pakistan's Balochistan Province.

It is not yet clear when the crack formed but according to Samaa, it is the longest known in Quila Abdullah. The fissure apparently spans several hundred miles, sparking panic among local residents.

Earth fissures are not unusual for this geologically amazing region.

According to Mahmood Siddiqui and Uzma Mahmood, Balochistan is a product of a merger of the migrant and indigenous pieces of Earth’s crusts — a wonder by itself.

While sliding past each other, the Indo-Pakistan portion of the Indian-Australian plate rubs its shoulder against the Afghan portion of the Eurasian plate thereby making the Ornach-Nal and Chaman fault tracks exceptionally prominent at places on the surface and provide textbook quality of example.

Other such instance is produced by the San Andres fault in California. These faults are no less a wonder as they separate two tectonic plates lying side-by-side within Balochistan. It is the only province where three major tectonic plates, viz Indo-Pakistani, Afghan portion of Eurasian, and Ormarian plate meet together to produce the triple plate junction within the county. The Ormarian plate is a newly discovered triangular piece broken off from the Arabian oceanic plate.