More than 140 people have lost their lives in mountainous regions of Afghanistan and neighboring Pakistan over the past couple of days after unprecedented snow in last 10 years covered much of the region. Most of the people died in avalanches and officials warn more are expected as snowstorms continue. The death toll is expected to increase as reports come in from remote areas. Dozens of people are still missing.

The worst hit areas so far are north-eastern province of Badakhshan, Nangahar in the east and Parwan near Kabul.

The government has declared Sunday a public holiday after snowstorms caused havoc across much of the country claiming at least 54 lives over the past three days. More than 50 others are injured in different parts of the country and dozens are still missing. The death toll is constantly increasing.

Avalanches have also killed an estimated 550 animals by Sunday afternoon and destroyed more than 1 000 hectares (2 500 acres) of farmland.

The Anadolu Agency said that the country is experiencing unprecedented snow in a decade which led to the closure of main highways, leaving many people stranded, out of power and other supplies.

The main international airport and government offices in Kabul are closed today due to heavy snowfall. The Salang pass north of Kabul was also closed under as much as 2.5m (8.2 feet) of snow, Reuters reported. 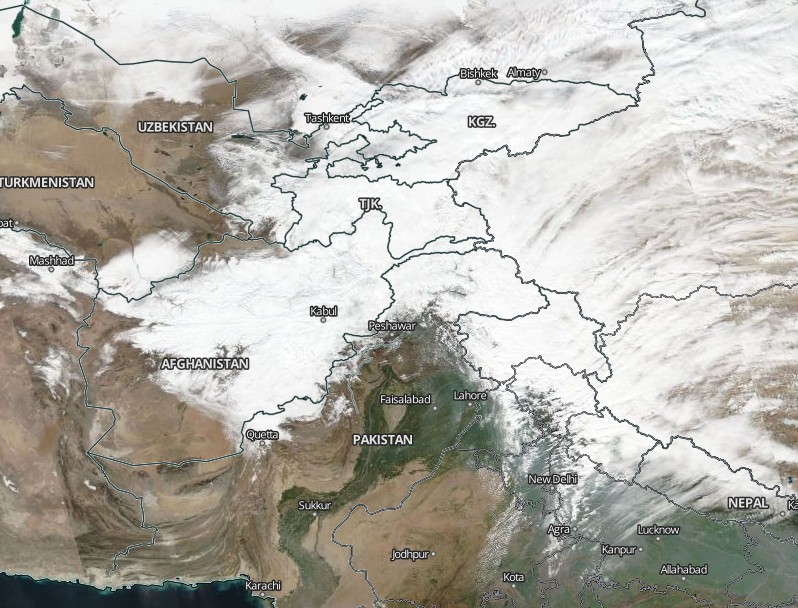 Reports received after 16:00 UTC Sunday, mention at least 69 killed in Afghanistan. 50 in eastern Afghanistan and 19 in northern.

In neighboring Pakistan, at least 13 people have been killed in the northern district of Chitral on Saturday, February 4.

Nine people, including four children, were killed in the village of Shershal in the region – which has experienced up to 1.2 m (4 feet) of snow, Sky News said. As many as 14 people are still believed to be trapped beneath collapsed houses, with the ongoing bad weather hindering rescue operations.

Snowstorms are expected to continue across the region in the days ahead and officials warn more avalanches are expected.

Glacial lake outburst floods are also possible in the glaciated region due to rain and snow mix, NDMA said and warned communities living near the glaciers to remain vigilant for next 2 days even after the rainfall stops.

As of early Monday, February 6, the death toll in Afghanistan has reached 137. Authorities say that the number is still expected to rise.

Last month, heavy snowfall and freezing temperatures killed 27 children in the northern Jawzjan province, all under the age of five. This brings the total number since the start of the winter to at least 164.

Aid is being delivered by helicopter to the worst-hit province, Nuristan, where at least 64 people had been killed, including 53 in one village, the provincial governor, Hafiz Abdul Qayyom, told AFP.