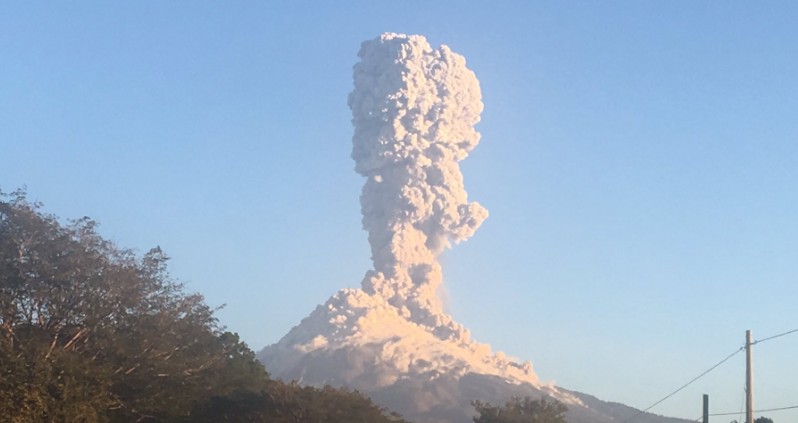 A very strong explosion occurred at Mexican Colima volcano at 13:45 UTC on January 25, 2017. This is yet another strong explosion at the volcano, currently one of the most active in the world.

The eruption was accompanied with pyroclastic flows on the NE flank.

Mexican National Civil Protection System has warned the population that persistent and strong ashfall is expected and urged them to take necessary precautions and stay alert to official information. Even light ash fall can contaminate drinking water and food containers, they warned.

Nearby residents are warned to limit their outdoor activity, keep the windows and doors closed, and protect their eyes, nose, and mouth. If possible, use a damp cloth, wash it regularly and wear protective glasses. If you have to go out, try wearing long-sleeved clothing and a hat. Do not drive if possible, but if you have to, do so at a low speed and with the lights on. Remember that ash damages the engines and the performance of vehicles. People with asthma and respiratory problems should not be exposed to ash.

Cover your water and food containers, both human and animal, and do not allow ash to accumulate on ceilings, roofs, patios, and streets. Store your important documents in a plastic bag and have the emergency backpack at hand.