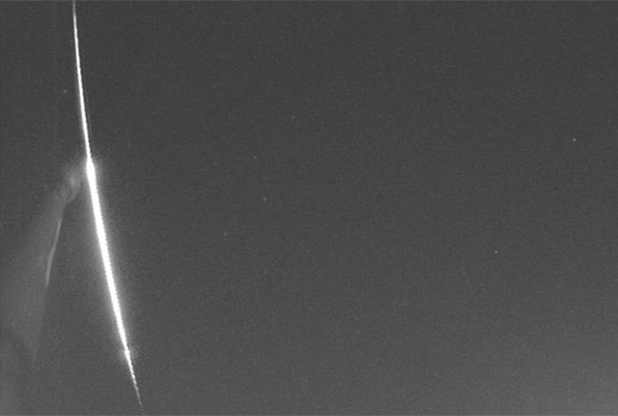 A bright green fireball lit up the skies over Exeter, England at 21:37 UTC on January 22, 2017. The event lasted about 7 seconds and was recorded by meteor observation camera at Exeter Observatory, part of the UK Meteor Monitoring Network. It is possible the object survived and landed somewhere.

John Maclean, a Fellow of the Royal Astronomical Society, who runs the observatory said that the flash was so bright it was easily visible to the naked eye.

"Someone saw it and called me, so this was obviously a very bright one. The person who saw it was out walking their dog and described a bright green flash. This was a bolide, or fireball – not usual," he said for Exeter Express&Echo.

"Meteors are usually no bigger than a grain of sand, but this would have been a little bigger and it's possible it landed somewhere. We'll analyze the data now and we can work out where it came from, and where it may have landed."

"You can see meteors all the time if you're looking in the right direction, but we only see a bolide like this once every three months or so," he concluded.