95 false killer whales, large members of the dolphin family, have stranded along Hog Key in the Florida Everglades this weekend. Attempts were made to try and herd the animals back out into deeper water but 82 have died and 13 are unaccounted for. To date, it is the largest recorded stranding of false killer whales in Florida, officials said.

Stranded animals were first spotted Saturday morning, January 14, 2017, by the US Coast Guard. A team from NOAA and the Florida Fish and Wildlife Conservation Commission hurried to the scene and tried to herd some of the whales to deeper water as daylight faded, said Blair Mase, the stranding network coordinator.

"They returned on Sunday and tried again, but were hampered by the shallow muddy flats and a shoreline tangled with mangroves," Mase said. "The whales were deeply embedded in some of the mangroves, making response efforts extremely difficult."

"We consider this a rare occurrence," Mase said. "Strandings in the US happen rarely. The last occurred in 1986 when a pod of 40 swam close to Cedar Key, but only three stranded themselves. In 1980, 28 whales stranded off Key West." 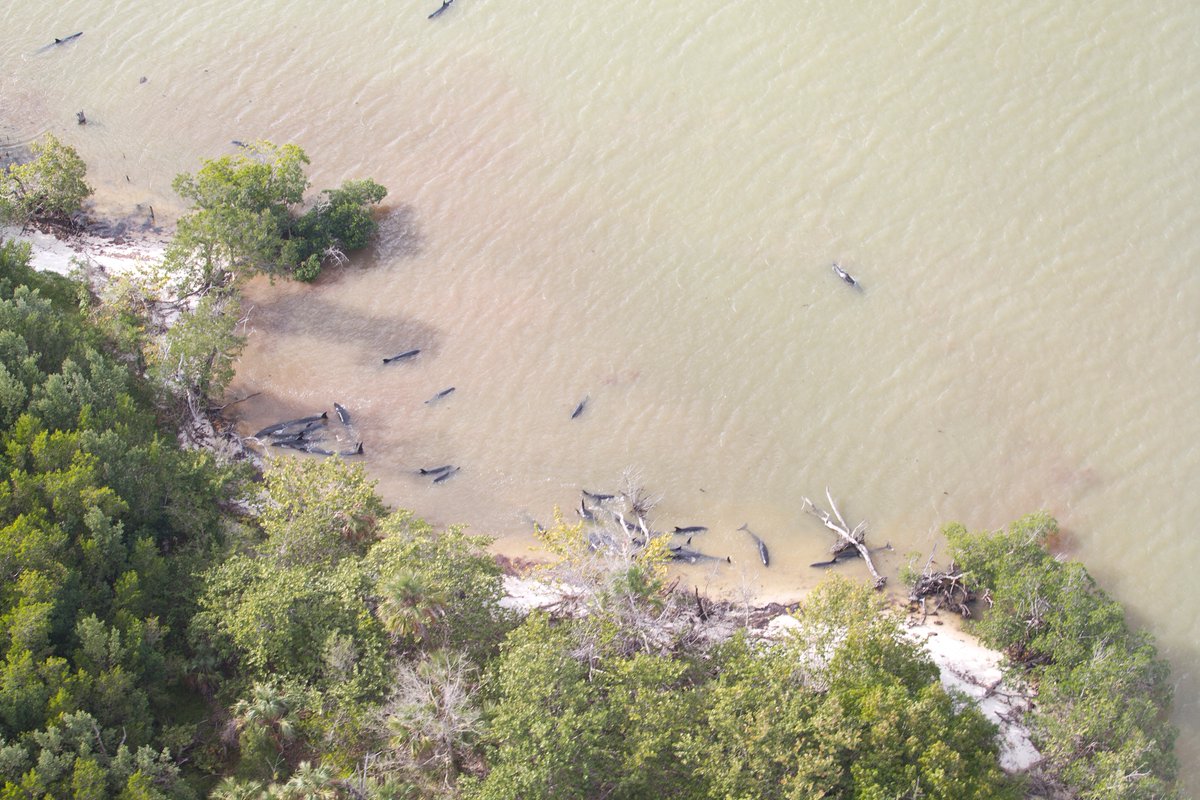 Of the 95 stranded animals, 82 have died and 13 are unaccounted for, NOAA said yesterday.

Erin Fougères, the program administrator for the National Oceanic and Atmospheric Administration’s Southeast stranding network, said rescue teams completed full necropsies (non-human autopsy) on six of the whales, performed partial dissections on others and collected tissue samples from nearly all of the 82 whales found dead.

“There’s a lot of different factors that could potentially cause it,” Fougères said for the Miami Herald, listing changes in tide or unusual weather, water conditions like red tide, or military sonar exercises blamed for killing beaked whales. The strong social bond shared by the whales could also be their undoing: healthy whales often follow the sick. Of all the different species, false killer whales also hold the record for the largest whale stranding ever, Fougères said.

In the coming months, biologists will try to determine why this happened by using samples collected during necropsy.

The largest false killer whale stranding on record occurred in 1946 in Argentina when 835 whales beached themselves.