A low pressure area has dumped heavy rain on Mindanao over the past couple of days and caused severe flooding in which at least 7 people lost their lives on January 17, 2017. One person is still missing as of 22:01 local time today.

Misamis Oriental governor said Gingoog is the hardest-hit in terms of flooding and Manticao in terms of landslides.

“There was a preemptive evacuation in Gingoog City and Lugait town declared a state of calamity for massive damage it sustained due to the heavy rain,” Governor Emano said, noting that 421 families were evacuated in Gingoog. 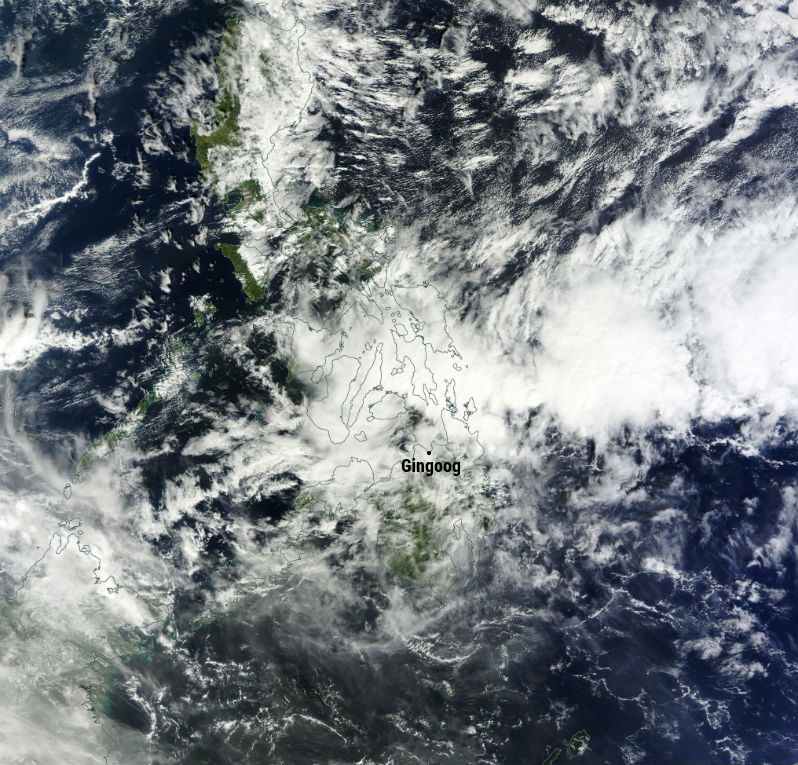 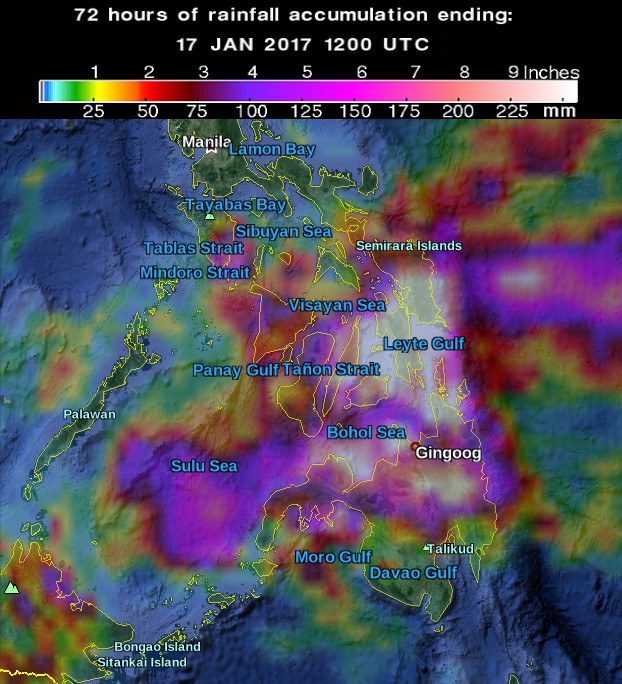 “Continuous rain will be experienced in Regions 6, 7, 8, 9, 10 and Negros,” Jalad said and added that 1 116 families or 4 879 people were affected by the flooding in Cagayan de Oro City, which was also placed under a state of calamity.

Meteorologist Robert Speta said that red alerts are still in place for Misamis Oriental province as the rain continues today due to a persistent shear line combined with the remnants of a weak low pressure area over the central and the southern Philippines.  This means all school and many businesses in Cagayan de Oro will remain closed through Tuesday and probably through Wednesday as the rain is forecasted to continue in the area.

"What we are seeing is a wave of energy that started east of the Philippines work its way into the Visayas over the weekend. At the same time, a cold surge blasted south crashing into this wave forcing rapid uplift and severe thunderstorms to line up across the Philippines. As the surge pushed south it forced the shear line south as well, this is why the flooding originally started in Cebu and then worked its way into Mindanao," he explained.

"At this time the forecast does not look promising, the overall intensity of the showers should taper off through mid week but the north east monsoon will continue to create scattered rainfall through the rest of the week in southern Visayas and northern Mindanao."