An impressive bright flash appeared above central Norway on January 15, 2017, and was observed from both western and eastern Norway. Eyewitnesses are asked to submit their reports.

According to the Norwegian Meteor Network, the event occurred around 13:48 UTC and was accompanied by a sonic boom a few minutes later, suggesting that the event was a fireball coming a long way down in the atmosphere before it exploded.

The meteor network operates numerous cameras, but the event was apparently not recorded by any of them. If you saw the event, please submit your report.

Received reports so far mention very intense light that dissolved into small fragments before it disappeared. Two of them said the light was blue and well visible.

The reports came from the regional districts Sogn og Fjordane, Møre og Romsdal, Oppland, and Rogaland. The most distant observations are from the city Haugesund in western Norway and Lunner county.

According to the International Meteor Organization, the very preliminary analysis tends to indicate that the end of the fireball was located above the Northern parts of Langfjella, the mountain range that longitudinally divides the country, with the highest probability above the Dovre mountain area. 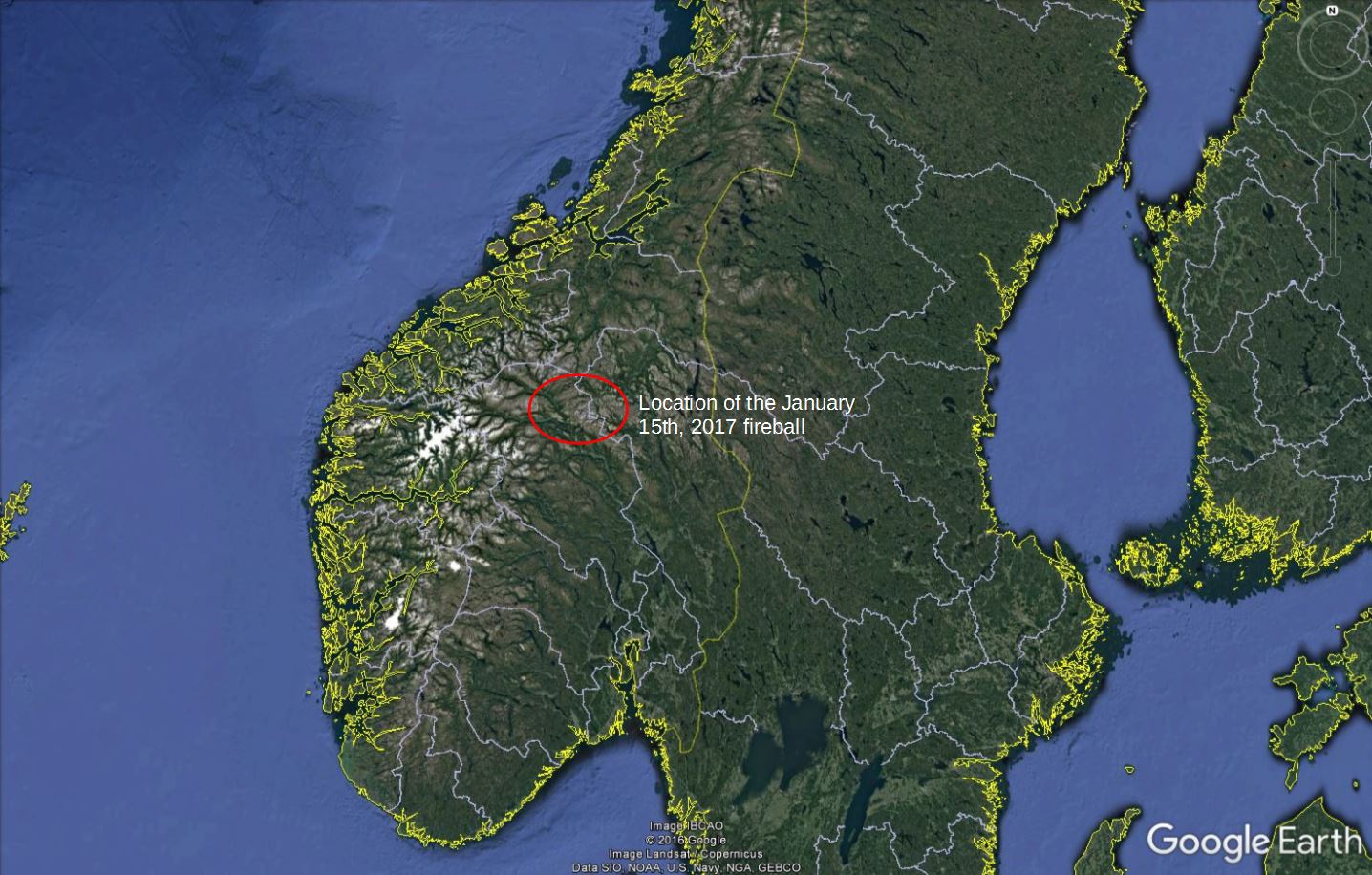 Preliminary location of the January 15, 2017 fireball over Norway according to the few comments and reports received so far. Credit: IMO

A thin fog was present at the time the fireball appeared, as seen from the Gran video station of the Norwegian Meteor Network. The red circles on images below show the sky where the meteor is meant to have been visible. 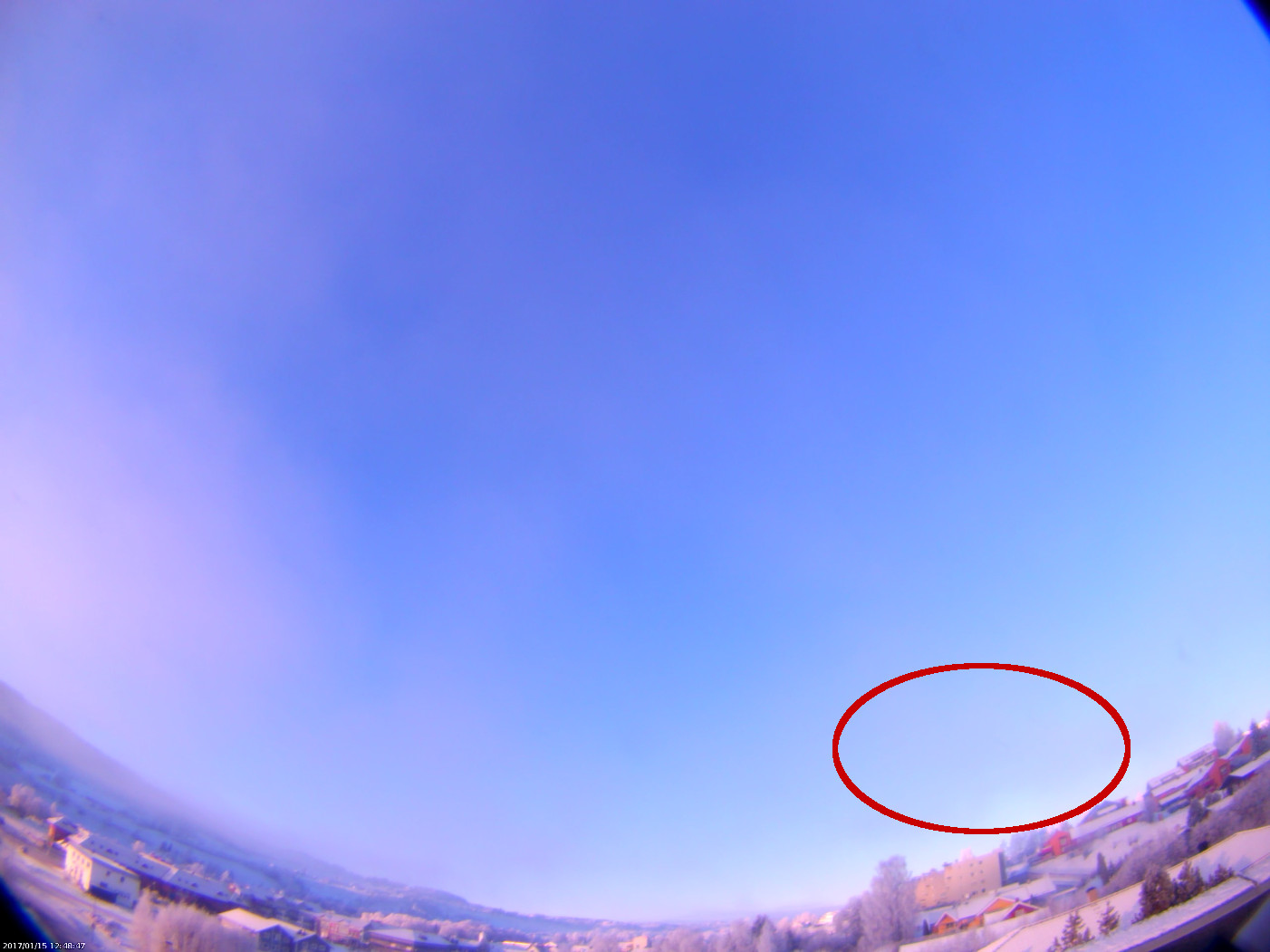 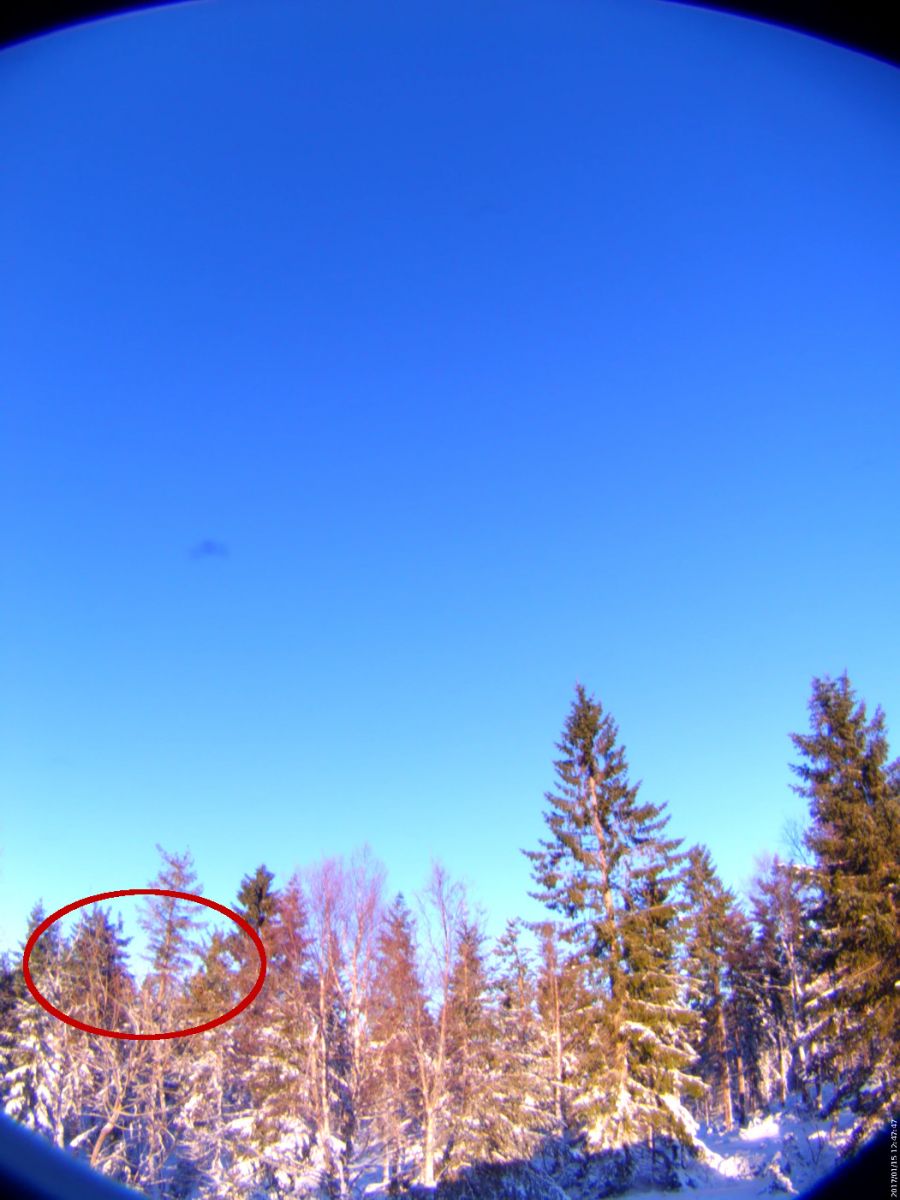 Josip Kardanovic was lucky enough to take a picture of this fireball from the town of Stryn, Norway. 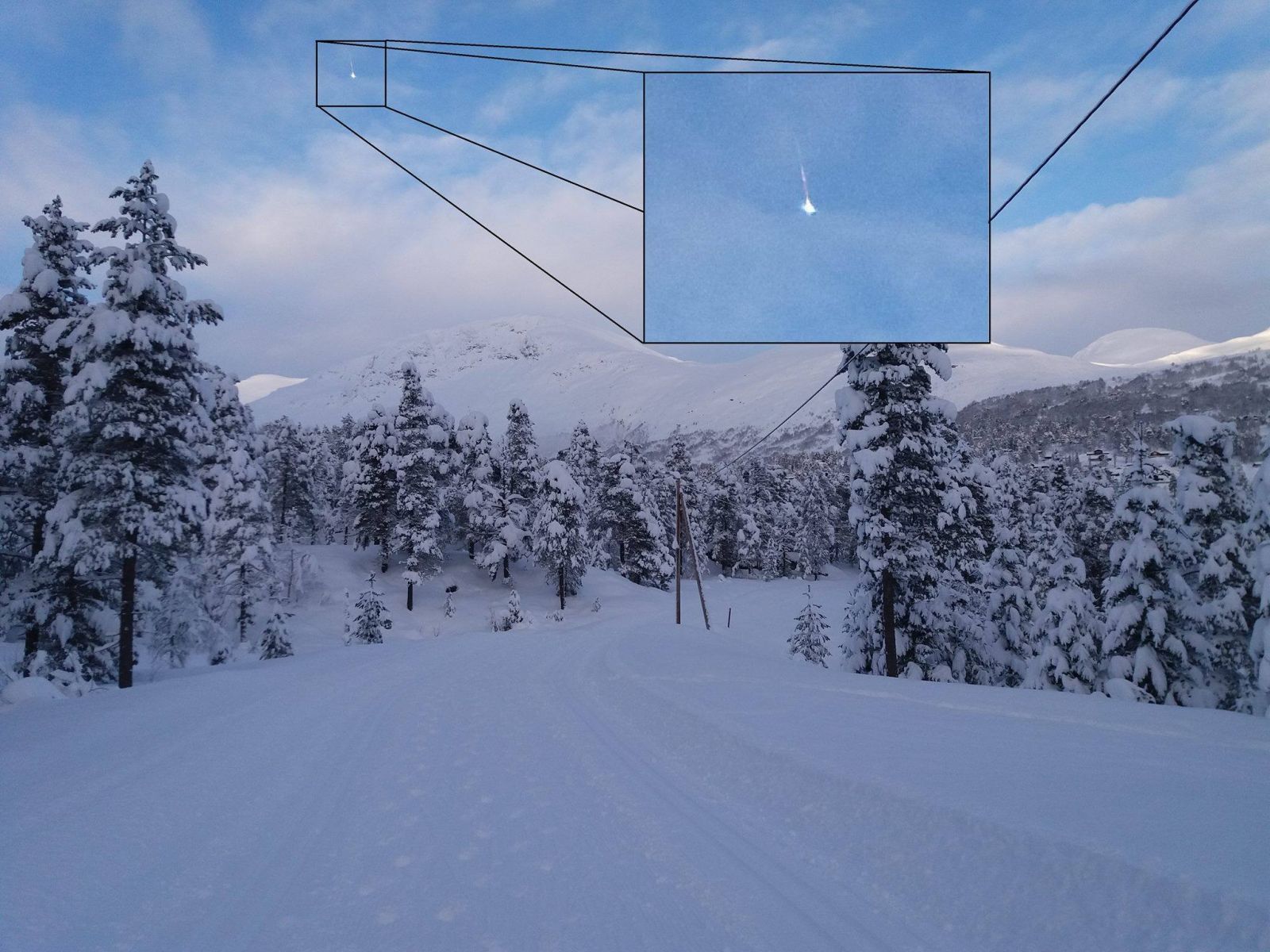