A rare tropical storm – medicane – named Invest 90M, formed in the Mediterranean Sea on October 31, 2016. The phenomenon started as a low pressure system located east of Malta on October 29 and strengthened afterward.

In a meteorological setting, a low-pressure field arrived from the southern Europe and was left behind by the jet stream over the central Mediterranean Sea south of the coast of Italy. By October 29, the low pressure central eye formed east of Malta and intensified into a so-called Mediterranean Tropical storm. 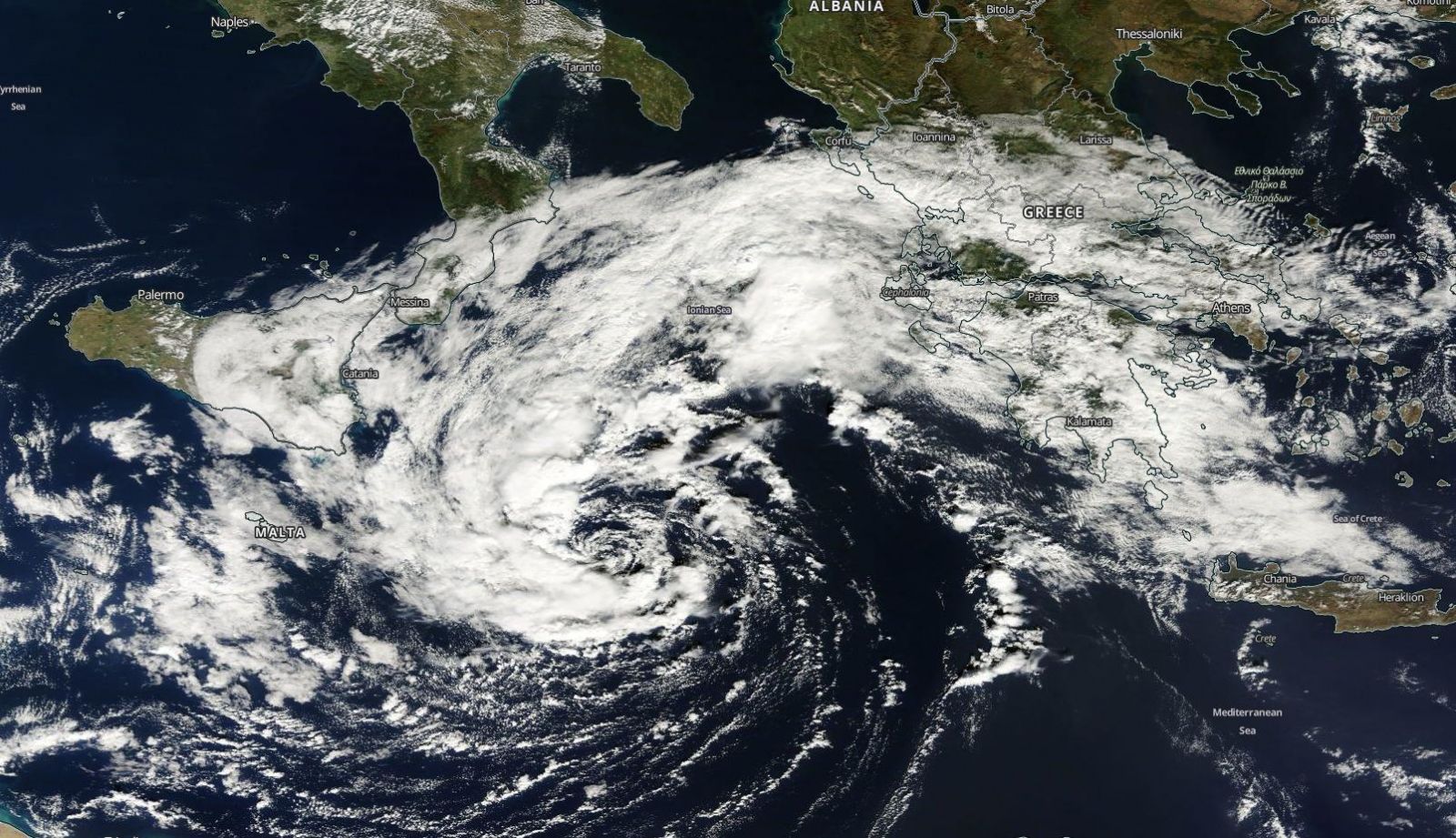 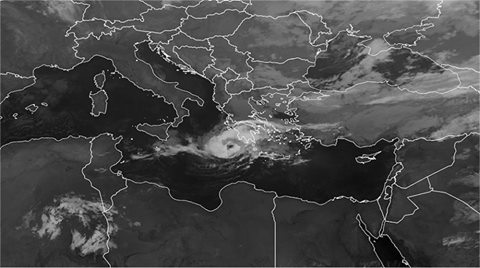 According to meteorologists, the system was quite powerful with strong winds observed in the vicinity of its center. On October 31, peak winds reported west of Crete reached up to 90 – 100 km/h (55.9 – 62.1 mph).

The Khitira airport on the Kythira island recorded peak winds of 122 km/h (75.8 mph) on the morning of October 31 (local time), as the eye of the storm was passing south of the southern Peloponnese coast.

Large waves from the system were observed on the coast of Malta.

In contact with land, the cyclonic circulation quickly decreased and the system rapidly lost the tropical characteristics.

Some meteorologists think the intense low-pressure systems which sometimes form over the Mediterranean cannot truly be considered tropical cyclones, but rather subtropical cyclones.

However, they can become intense enough to be considered small hurricanes, the eye of which is clearly visible in satellite images. They are called the Mediterranean hurricanes, or Medicanes and can form during late summer, fall, winter or early spring.