EMSC estimated there are 30 million people in the felt area. 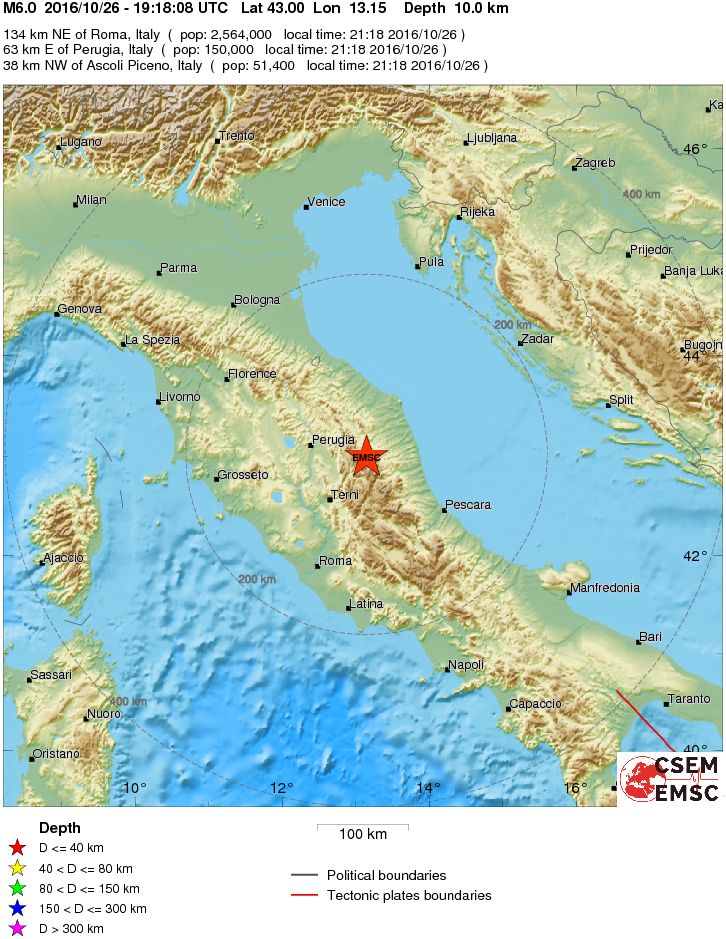 Extensive damage is probable and the disaster is likely widespread. Estimated economic losses are less than 1% of GDP of Italy. Past events with this alert level have required a national or international level response. 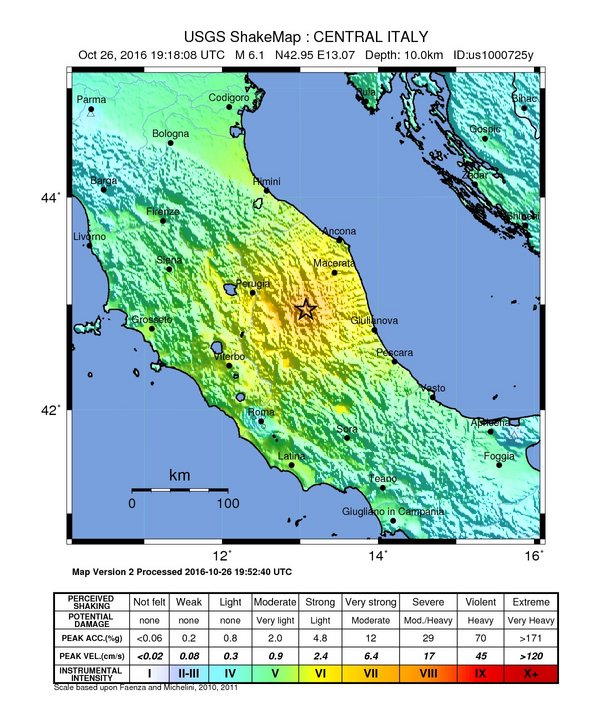 This is the 13th earthquake registered by the EMSC in this region since M5.5 at 17:10 UTC.

The first quake (M5.5 at 17:10) knocked out power throughout the region, closed a major highway and sent panicked residents into the streets.

There were scattered reports of damage to buildings, including with pieces of masonry crumbling down, but no immediate reports of victims, said Ornella De Luca, a spokesperson for Italy's civil protection agency.

Italy's National Vulcanology Center said the epicenter was at Macerata, near Perugia in the quake-prone Apennine Mountain chain. 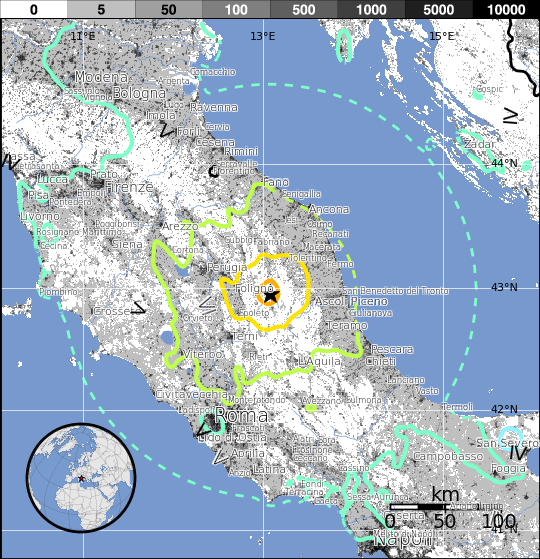 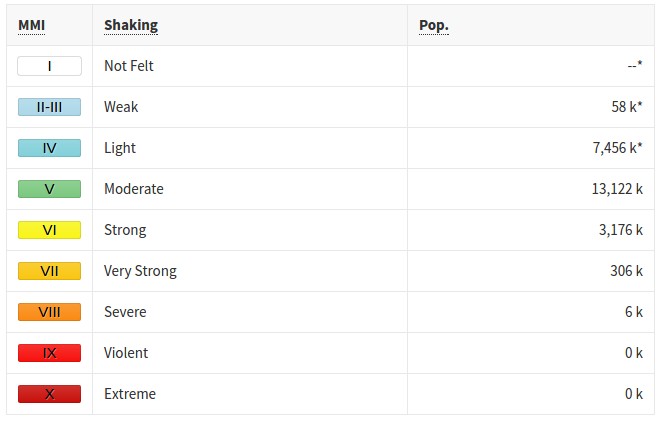 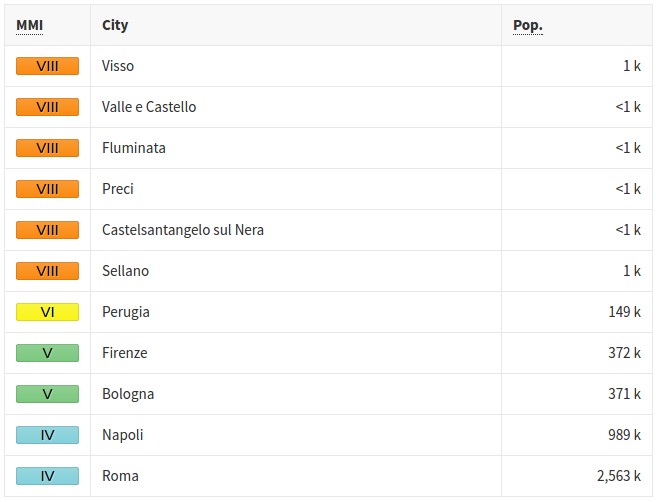 This article is based on preliminary data and is being updated.