After Active Region 2567, the source of 7 M-class and numerous C-class solar flares between July 21 and 24, rotated away from the visible disk, our Earth facing Sun is again spotless.

This is the third 'spotless Sun' since June 3, and although it is a temporary state, it signals that Solar Minimum is approaching.

"Underneath the visible surface of the Sun, the solar dynamo is still churning out knots of magnetism that will soon bob to the surface to make new sunspots. The current solar cycle is not finished. It is, however, rapidly waning, and forecasters expect the next Solar Minimum to arrive in 2010 – 2020," SpaceWeather's Dr. Tony Phillips said.

"Between now and then, there will be lots of spotless suns," Phillips added. "At first, the blank stretches will be measured in days, later in weeks and months. However, don't expect space weather to grow quiet, as the Solar Minimum brings many interesting changes."

"For instance, as the extreme ultraviolet output of the Sun decreases, the upper atmosphere of Earth cools and collapses," Phillips said. "This allows space junk to accumulate around our planet. Also, the heliosphere shrinks, bringing interstellar space closer to Earth. Galactic cosmic rays penetrate the inner solar system with relative ease." 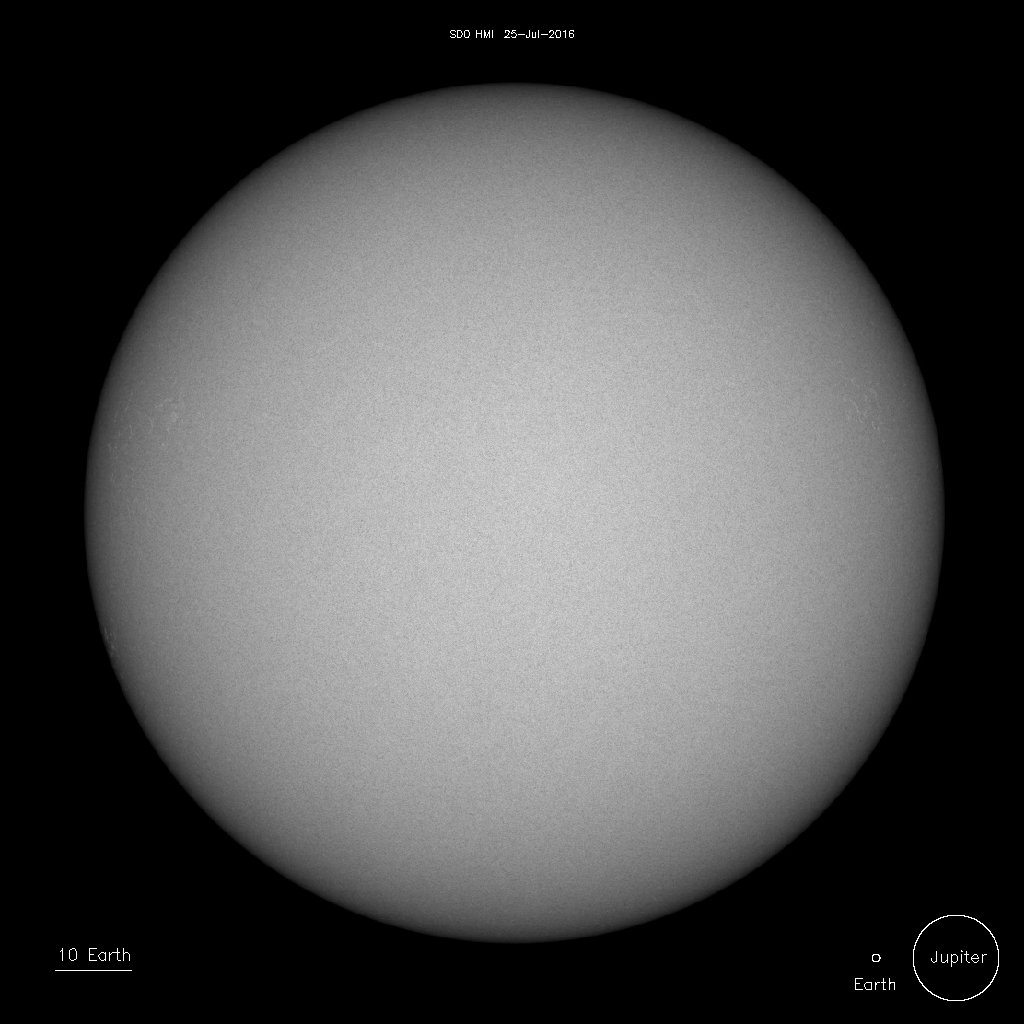 Meanwhile, solar wind parameters indicated a weak transient arrival, possibly associated with flare activity late on July 20 to early July 21. Solar wind speed was around 380 km/s until 14:50 UTC on July 24, when the arrival of a weak transient increased solar wind speeds to 470 km/s. Total field increased from 5 nT to 13 nT before decreasing to near 6 nT. The Bz component deflected southward for 4 hours with a maximum of -0 nT. Phi angle was mostly negative (towards) with brief variations into a positive (away) sector.

The geomagnetic field is expected to be at quiet to active levels between July 25 and 27 due to continued weak CME effects persisting through early on July 25 followed by the arrival of positive polarity CH HSS by mid-to-late on July 26.