A post about the jet stream now crossing the equator, published by Robert Scribbler yesterday, is making a lot of noise on social networks today.

"The Jet Stream now has redefined all boundaries — flowing at times from the East Siberian Sea in the Arctic across the Equator and all the way south to West Antarctica.

Prevention of mixing of air between Hemispheres by the thick, hot tropical air mass is what has generated a strong division between Summer and Winter during the Holocene Climate Epoch.

However, erode that boundary and you get more Summer heat spilling over into the Winter zone and vice versa. You get this weather-destabilizing and extreme weather generating mixing of seasons that is all part of a very difficult to deal with ‘Death of Winter’ type scenario." 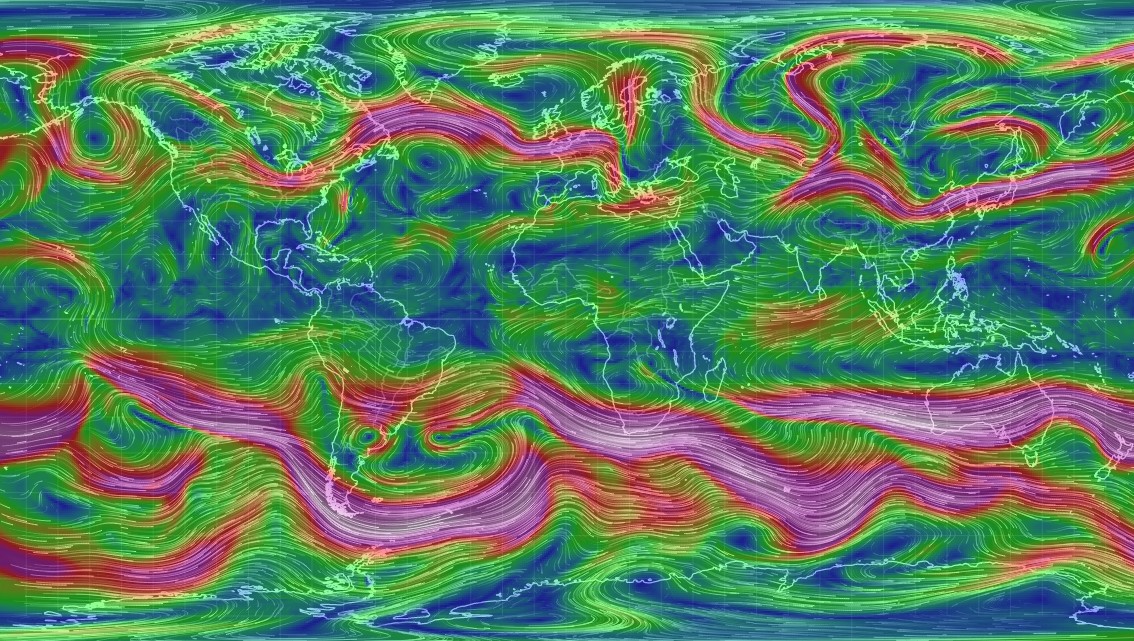 Later on, Paul Beckwith, a part-time Geography professor (climatology, oceanography, environmental issues) at the University of Ottawa, published this video, explaining what's going on, from his perspective:

"Our climate system behavior continues to behave in new and scary ways that we have never anticipated, or seen before. Welcome to climate chaos. We must declare a global climate emergency," Beckwith concludes.

Jason Samenow (Capital Weather Gang/Washington Post) reached out to several atmospheric scientists, who have graduate degrees and are trusted sources in the profession, for their reaction to these claims.

"Without exception, they said air flow between the hemispheres is not at all uncommon," Samenow writes in his article titled Claim that jet stream crossing equator is ‘climate emergency’ is utter nonsense.

Scribbler reacted to Samenow's article and claims made by Beckwith.

"… The message in my article is that the situation appears to be worsening and that this particular global climate crisis may be something that we’ll face over the coming years and decades. The article was intended to highlight the risk posed by weakening dividing lines between climate zones, an apparent observed increase in meridional upper air patterns, and in this case, an observation of the upper-level wind pattern that crossed from pole to pole.

As I mentioned in my article, large meridional upper-level wind flows and related extreme weather, along with what appears to be a growing trend toward a loss of seasonality is a very big deal. Apparently, not everyone agrees with me on this point. Regardless, the concern over loss of seasonal variation due to human-caused climate change remains an issue. …

In closing, I must gently disagree with the assertions Mr. Samenow put forth in his opinion piece. On the contrary, it is the height of responsibility to highlight issues that so many others have tended to ignore or discount at great risk to our global civilization. ..." See Scribbler's article and full update, here.

There was another interesting piece related to the topic. In an article titled "Lessons From 'Jet Stream Crossing The Equator' Mania" (July 2, 2016 – Forbes), Dr. Marshall Shepherd says: "My intent here is not to attack or discredit the scientists involved in the initial claim but to provide a few lessons as we move forward addressing the very serious changes in our climate system. …

Even with the jet stream discourse my first inclination was to tweet urging caution and let scientists vet the claim. Perhaps the final and most important lesson is that even if you think someone is wrong or you disagree, the discussion should be had without vitriol or seeking to personally tear down an individual."